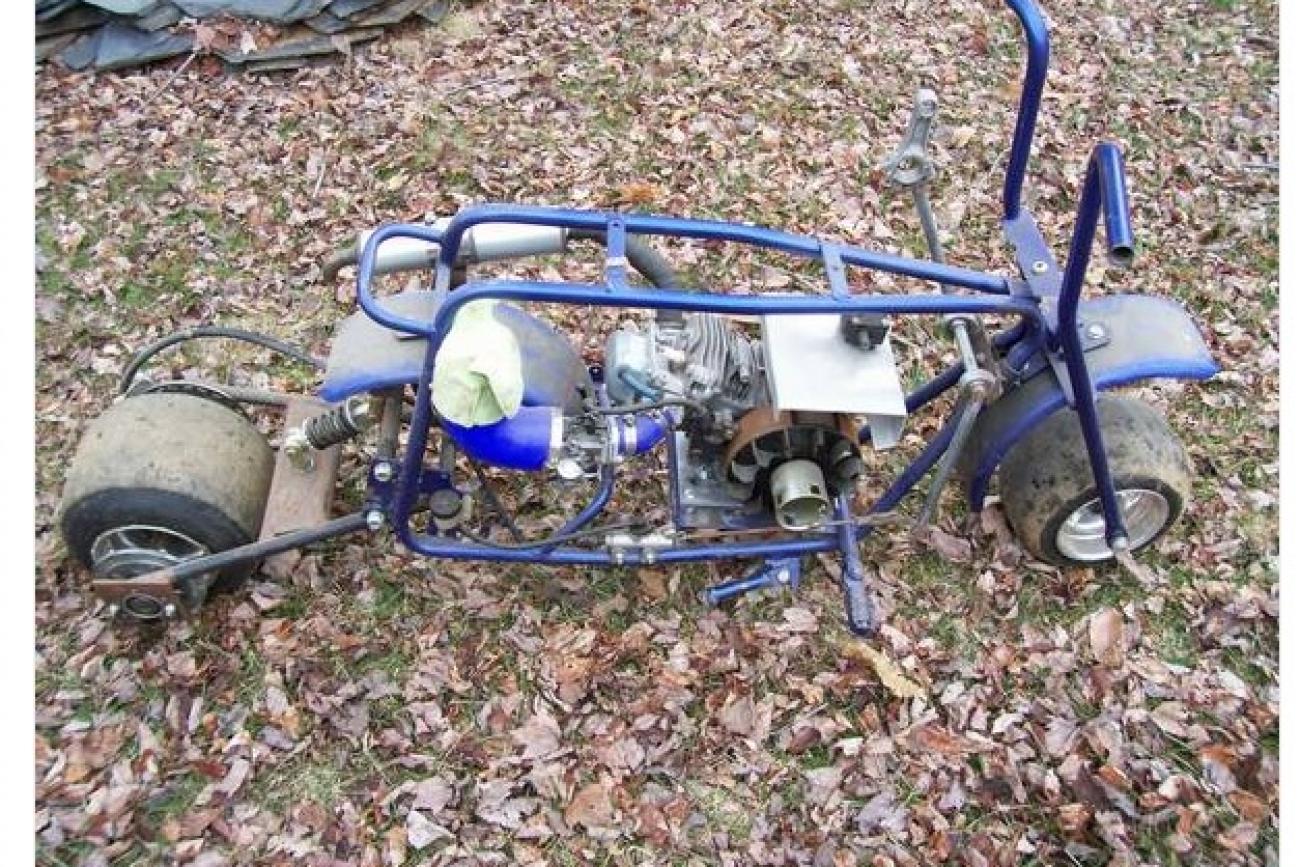 Welcome back to Classic-Fieds, the Racer X column that features some of the most ludicrous contraptions and absurd builds on Craigslist. While the bikes here come from across the country, they’re all connected in the fact that their days of glory, if they ever had them in the first place, played out years, if not decades, ago. Check out these examples of what happens when people who have no business owning motorcycles decide to get into the motorsports game. And, as usual, if you come across an ad you think would make a good fit for this column, send it over to aaron@racerxonline.com

It seems every week we get more and more trike conversions sent over to us. So much so that they’re actually becoming as common in this column as plastics that have been sprayed flat black. What on Earth is driving people to convert bikes and go-karts to machines with a lower level of existence? You think bikes come with two wheels because it simply didn’t occur to the designers that a third wheel might be better? You aren’t smarter than the factory—stop adding or taking away wheels, people!

Maybe there’s a reason this kart went under the knife. Perhaps it belonged to a kid who was being punished? Maybe poor Junior’s dad got mad when he saw his son’s grades and decided to discipline him in the worst way possible? If you’re a kid the only thing worse than seeing your precious kart undergo this type of twisted surgery would be whacking a speed bump in this particular vehicle. We’re betting the forks would snap off faster than you can say Seth Enslow.

Unless you’re lining up the neighborhood toddlers for a drag race, three-wheeled vehicles are never, we repeat, never, a good idea. This particular vehicle is even worse. If those footrests or pieces of leftover frame catch a small bump or curb, the rider’s going to tumble worse than Bubba.

The Honda GX200 engine is truly one of the great workhorse power plants in Honda’s lineup. It’s used in pressure washers, water pumps, generators, and, in this case, in something likely to land its operator in the emergency room (provided this hopeless project ever reaches a point where it’s even operational, of course). This little shop class experiment is like Cole Seely’s heat race in Santa Clara—a collection of ridiculous things coming together to ultimately spell disaster.

To get the full effect here you have to click on the ad and check out all the pictures. The spare parts have more rust than the Titanic, the air intake looks like something stolen out of a watercraft, and the air filter looks like it was taken out of Big Foot’s hamper. And what about the final drive? How does power get routed from the engine to the rear wheel? Seriously, this isn’t a joke; we honestly have no idea. Give us your best guess in the comment section below.

What probably started off as an innocent adventure in building has obviously become a waste of metal and space. This thing is seriously crappier than a pooper-scooper, so unless your Honda generator needs a new engine, make like this guy and run.

You’ve got to wonder what’s really going on here in this creepy looking warehouse, or whatever type of building is housing this ripped and stripped Kawasaki. It’s like the motorcycle equivalent of someone waking up in a bathtub full of ice to find their vital organs missing; only in this case said organs are scattered all over the ground like discarded tear-offs behind the gate. Check out the stains on the wall, too. Looks like overspray, but we’re not ruling out that maybe it’s the remnants of oil spurting out of a motorcycle on the operating table as a team of ham-fisted mechanics rips out crankshafts and clutch baskets.

Further backing this theory is the presence of additional parts, some of which aren’t even missing from the bike itself. Where’d that extra front wheel, cylinder, and seat come from? And as evidenced by his own words—“Dont call no later than 12 at night. Must text after 12.”—he’s available for communication deep into the night, something you’d expect from a late-night looter.

If Dr. Frankenstein was into cutting up bikes instead of people, this is what his workshop would look like. Unless you’re into bikes assembled using parts from various brands, avoid this bike and warehouse like a crazy ex.