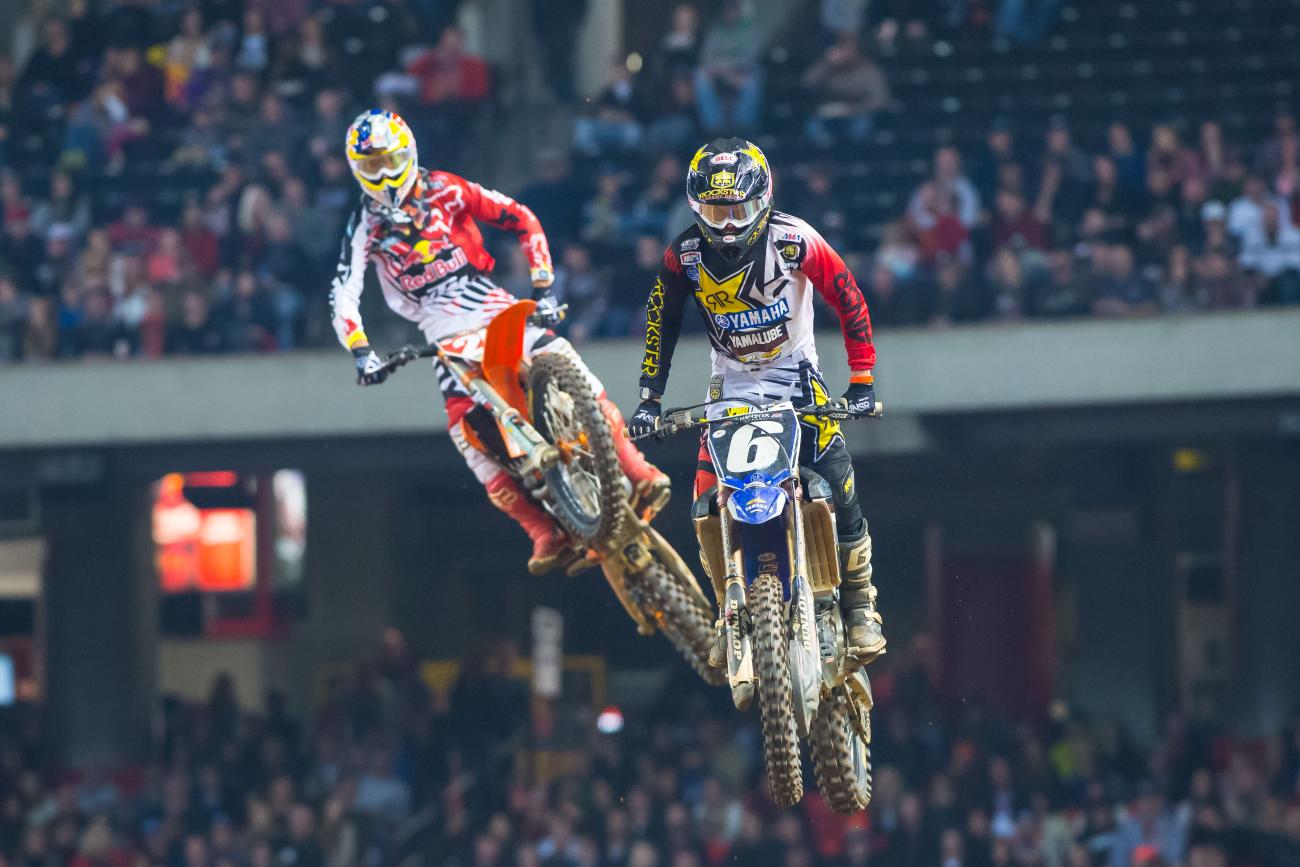 Big change is happening behind the scenes at the races. Dave Gowland has left his post as team manager for Rockstar Energy Racing Husqvarna for a new gig running Monster Energy’s global racing efforts. He’ll no longer be running a team, but his experience with Kawasaki Team Green and the Rockstar effort (from Suzuki to KTM to Husky) will pay dividends for Monster athletes worldwide.

The team will be okay without him because they have a blueprint now, not to mention a ton of support from Husqvarna. Team owner Bobby Hewitt will double up on work and fill in the gaps. Gowland’s contribution will never be forgotten, though. In a few short years, Gowland and Hewitt turned Rockstar Energy Racing from a laughing stock to one of the best organizations in the sport.

I remember talking to Gowland in the pits at the Budds Creek National in 2011, when the team was in the midst of a huge struggle, with just one rider in the top ten of 250 points and basically no podium presence, indoors or out. Young recruits Ian Trettel and Jason Anderson had run into nightmare scenarios. Hewitt needed help, so he brought back Gowland, who had once run the team but left for a job at Thor. Gowland returned and the team worked some magic. Just eighteen months later they were leading the 450SX Championship standings with Davi Millsaps, while also winning 250SX races with Anderson and Blake Wharton. The next year, Anderson delivered a title while KTM and Husqvarna came calling with factory support.

It was an amazing turnaround in just two years.

Yamalube/Star Racing Yamaha was in a similar situation even more recently than Rockstar, and now they own a 250 National Motocross Championship and might just have a supercross title via Cooper Webb come May. I remember being in the pits at the Houston Supercross in 2013 and having an intense back and forth with a member of the Star Racing team over its struggles. We’d been poking fun at the team’s endless string of young talent that didn’t pan out, or left to succeed elsewhere. Wil Hahn, who was on the verge of the 250SX East Region Championship, punctuated the problem. He started out as a promising Star rookie, but ended up as a one-and-done for the program and found his success elsewhere.

In the case of Star, better young talent (Jeremy Martin and Cooper Webb) was coming, as was an all-new YZ250F and a new team manager in Steve Lamson. The changes worked.

Star didn’t invent the concept of signing the very best amateurs to long-term pro deals. GEICO Honda did it first when it was struggling to beat the juggernaut known as Monster Energy/Pro Circuit Kawasaki. Pro Circuit won the first 250 National Championship on a 250F (with Ivan Tedesco in 2005) and went on to net six titles in eight years, with Christophe Pourcel two heart-breaking seasons away from making it a perfect eight-for-eight. Mitch Payton’s team was the last to enjoy that seemingly invincible Team Honda-like run. So strong was Pro Circuit that rival teams were also using Payton to build their motors. They couldn’t beat him, so they might as well join him.

Things shuffled as teams took notes. Pro Circuit got a huge jump on everyone in four-stroke development, but those bikes have been around a dozen-plus years now, so a lot more people have figured out how to make ‘em fast (and reliable). Then GEICO started signing all the top amateurs, ensuring not only that they had the best riders, but also that everyone else didn’t. Once the likes of Justin Barcia, Eli Tomac, Wil Hahn, and Justin Bogle started winning races and titles, you could make an argument that GEICO Honda had actually surpassed PC Kawi as the team in the 250 Class. Now Star and Rockstar and all of these KTM and Husqvarna outfits are at the ready, challenging them at every turn. There’s a lot of talk about 250Fs being expensive and difficult to build, race, and maintain, but right now we’re looking at probably the greatest team parity ever in the small-bore class.

It goes beyond the little bikes. KTM (and now Husqvarna’s) sudden rise is the perfect example. Just four years ago, KTM still sat in also-ran status for American supercross. Now, winning seems so normal that you have to remind yourself that Ryan Dungey’s coming supercross title will be the brand’s first.

Not that there isn’t competition. Even Suzuki, much maligned and the source of constant rumors about shutting down teams or support the last few years, was able to score the biggest free-agent goal of the off-season by taking Ken Roczen away from KTM. Between Roczen and James Stewart, Suzuki might employ the two highest-profile riders in the game. Amid all that, though, Monster Energy Kawasaki’s four-year run as Monster Energy AMA Supercross Champion is still quite recent. The pull of that team is so strong that many placed Davi Millsaps as a pre-season title favorite strictly because of that team.

Now Team Honda HRC says it wants to set the clock back to its dominant days of old, with HRC engineers everywhere and promises of titles before long. Yamaha’s reverse-engine YZ450F was a dark (blue) hole a few years ago, but you don’t hear that stuff anymore, as they appear to be back on level ground. This Rockstar Energy Racing Husqvarna effort with Anderson is legit too. There are six brands that realistically expect success in the big-bike class right now.

Granted, the point standings aren’t all that close right now in any of the Monster Energy AMA Supercross, an FIM World Championship, classes. That’s just the way the circumstances have worked out though. The teams that haven’t won are always hoping for more success in the future—these days the future seems to come much more quickly.