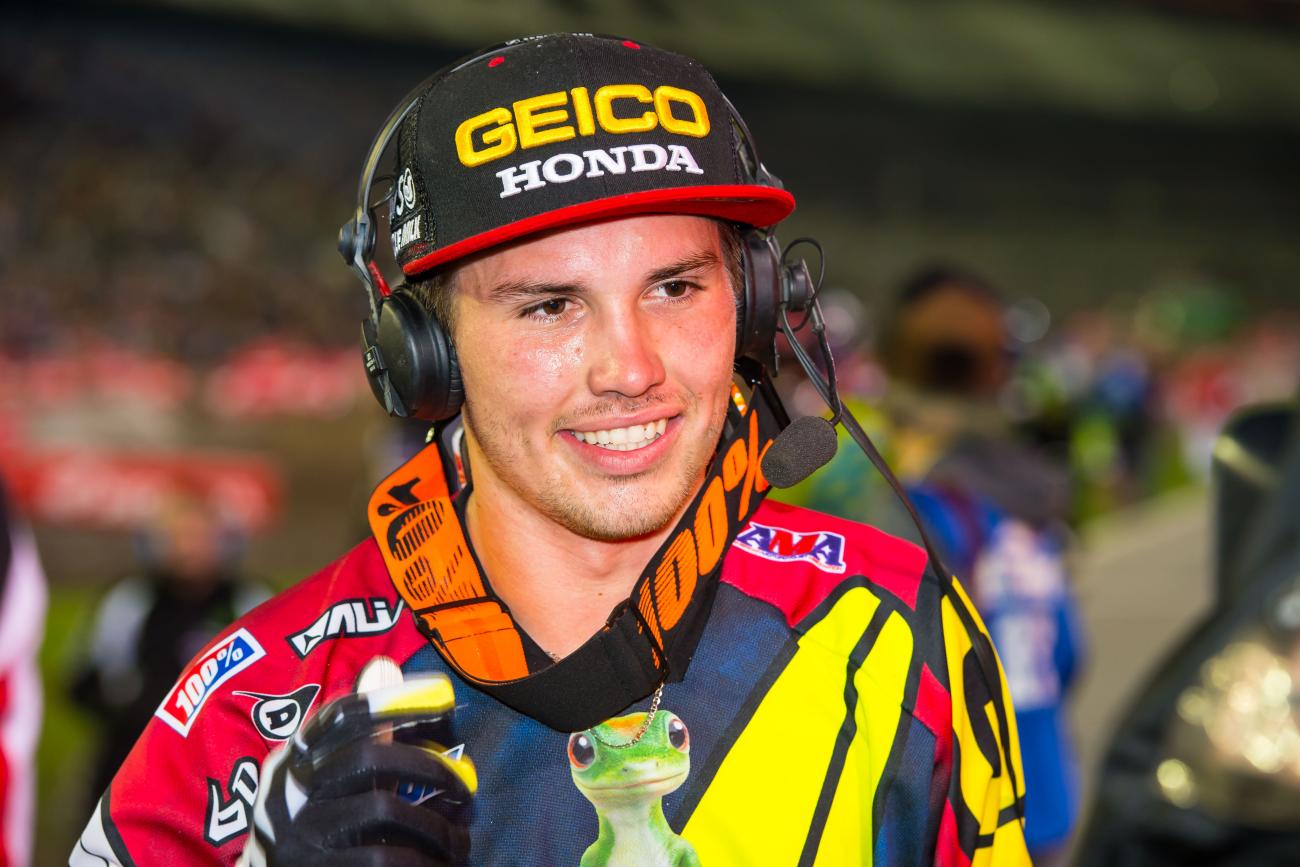 Right before opening ceremonies began at Daytona Supercross by Honda on Saturday night, the Supercross Legends and Heroes folks honored Florida’s own Ronnie Tichenor. The 1987 125 East Supercross Champion was one of the first successful pros from the Sunshine State, but over the next few decades, the flood gates opened for more: Tim Ferry, Ricky Carmichael, James Stewart, Kyle Chisholm, Jason Thomas, Matt Goerke, Matt Boni, and many others, with Adam Cianciarulo expected to carry the state flag forward into the future. Florida used to host not only a variety of pros, but a variety of pro races as well, but supercrosses in Orlando, Tampa, Miami, and Jacksonville are gone, as is the old outdoor motocross opener in Gainesville.

Now Florida rides are down to just Daytona, and the “home track advantage” tag doesn’t really work here. Daytona isn’t exactly holding local races for the natives, and with its combination of sand and clay, no track anywhere else is built quite like it. But this year there was one young native that actually did have experience on the track, and he used that Daytona bump to log the best night of his pro career.

"It's huge," said GEICO Honda’s RJ Hampshire after winning his first career heat race in 250SX. "I've always dreamed of doing this. I've got so many fans out there and so many supporters, so to do it in front of them—I would've liked it to be a main event but I'll get there. I'm happy with my results and happy with where we're going."

He didn’t win the main, but he rode much better in it than the first three races this year, and took a career-best fifth.

Hampshire, born and raised in Florida, is a pro rookie, but he’s churned some Daytona laps before at the Ricky Carmichael Amateur Supercross. In fact, his rides there two years ago are arguably the ones that put him on the map as one of the nation’s top amateurs. Until then, he was just racing for fun and focusing on a budding baseball career as a pitcher. But he got hooked up with fellow Floridian Ferry for coaching on the bike, and his riding began to take off. He was arguably the fastest A rider at the RCSX two years ago, and then came a shot with the powerful GEICO Honda team, a win in the Amateur All-Star Race at the Monster Energy Cup, and the AMA Horizon Award after sweeping all six of his motos at the Rocky Mountain ATV/MC AMA Amateur National at Loretta Lynn’s.

This rookie supercross season started not with a bang but with bumps and bruises, though. He crashed huge on a triple in practice at Arlington, and was left with a variety of injuries, including a sore shoulder and ribs. He even spent a few days in the hospital between Arlington and Atlanta 1, but toughed it out to fight for top-ten finishes. Daytona, though, was the first time he showed his true potential.

"I knew I was better than the positions I was finishing," Hampshire said. "I got some days of riding in this week and it showed. I felt way better on the bike. I feel like I'm still lacking a little bit of speed that I can definitely find, but it's a step in the right direction.”

He picked the right time for it, as there were plenty of fans in the Daytona stands cheering on the local product. Not too long ago, Hampshire was one of those fans in the stands himself, cheering for the racing stars from Florida. Before long, he just might be one of them himself.