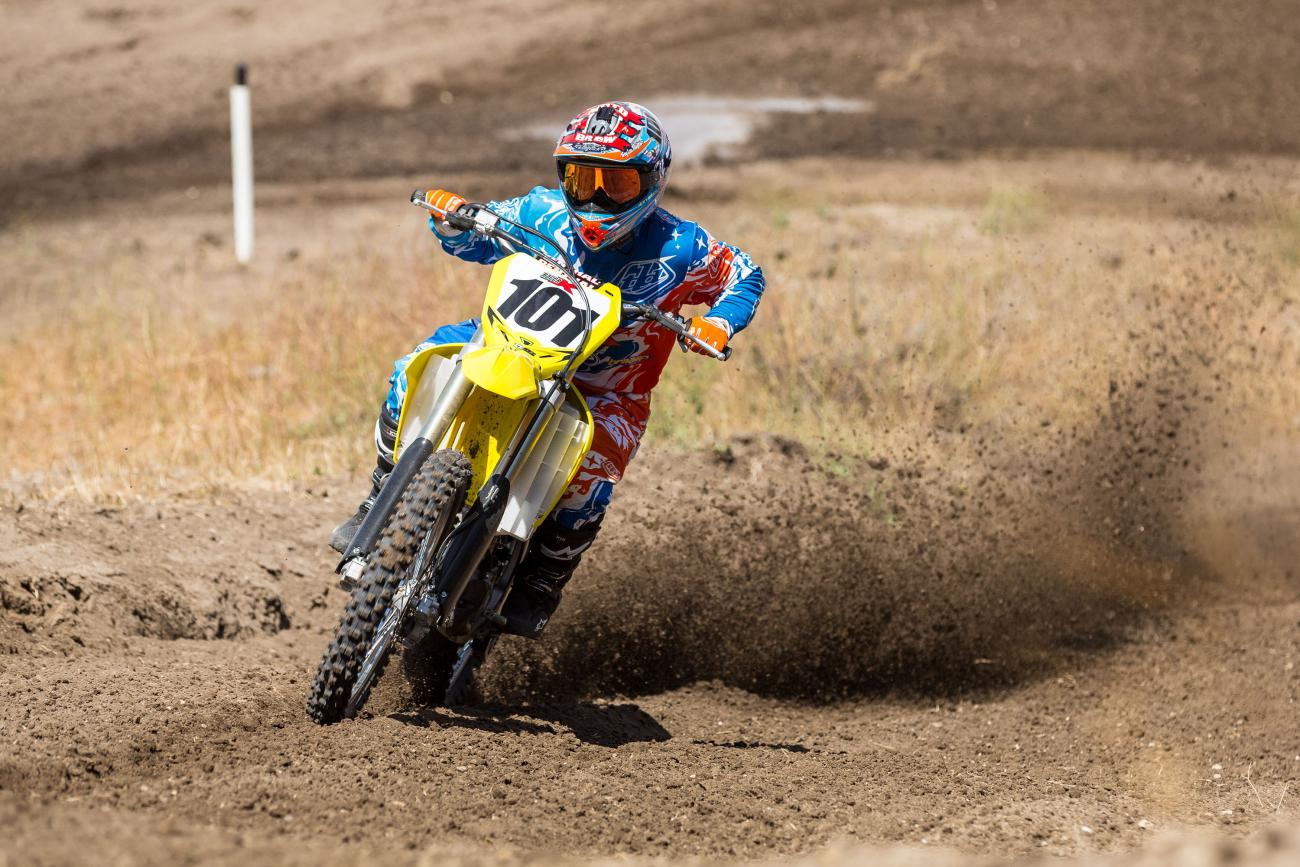 Recently I was perusing vintage MX motorcycle websites and came across a story about a 1979 RC 250 raced by the great Marty Tripes at the 1979 Hangtown National. The story went on to say the motorcycle was "claimed" at the end of the event by John Roeder. Please fill us all in on what "claiming" a bike means. Did the bike have to be paid for ? Was Roeder a rider or Team Manager disputing Team Hondas bike or back in the day could "Joe Schmoe" the MX fan show up at the podium and "claim" a works Honda? I claim that you have my answers.

Unfortunately I was still working through some very embarrassing bed-wetting issues around that time and, like most 3-year-olds, not very in-tune with the professional racing scene. However, our ace historian and owner of this website, Davey Coombs, knows the background on this pretty well. I asked what he remember from that debacle and here was his response:

"That did indeed happen at a national in 1979 and the bike claimed was Marty Tripes’ truly works Honda. The old Cycle magazine ended up tearing the bike down to its frame and illustrating the very guts of Tripes' works machine. The claiming rule came out of flat track racing where any participant could claim another's motorcycle in any given AMA race. But all of the bikes were more or less the same, and mostly built in Milwaukee. SX/MX was different than dirt track and flat track in that when the Japanese bike-makers got involved in the seventies, they competed for pride and market share and as a result the bikes got much better, and quickly. Titanium and "un-obtanium" parts made them lighter and faster and more effective than ever. Of course there were talks of some riders wanting to claim works bikes like Marty Smith's RC125 Type 2 or even Bob Hannah's championship-winning OW125 for just $2500 (two and a half times the production-bike cost), but no one successfully claimed one of the rare and expensive bikes.

That all changed in 1979 at the Hangtown National when privateer rider John Roeder made the main event and then made a claim on Marty Tripes' works RC250. Honda had Tripes and all of his teammates entered in the event make counter-claims, and then the other OEMs had their riders claim Tripes' bike as well in order to prevent it from slipping away before they could lobby the AMA for a rule change. Soon, AMA referee Butch Lee had a dozen or so claims on the bike. Using the chips drawn for starting-gate positions, he put a similar number in a hat for a blind draw. Roeder got to go first and he reached in the hat and pulled out the #1 chip. Just like that, he owned the bike, according to the very cool and interesting feature posted here on Terry Good's MX Works Bike site.

What happened next (not to mention the claiming rule) is well worth the read for any moto buff. In a nutshell, Roeder never raced the bike and instead turned it over to Cycle magazine, who tore the bike down to its frame and did a full comparison of Tripes' works bike to a brand new production bike. Then the bike got mothballed and hidden away for a quarter of a century in a storage container in Idaho. It is now in the hands of Good, a renowned collector from the Midwest."

Thanks for teaching us all something today, DC.

I’m sitting here on the couch recovering from another moto-induced shoulder surgery finding “whatever” to watch on the tube.  Stumbled across the World Alpine Skiing Championship from Vail, Colorado and, with the clarity of my new HD TV, really found it interesting how similar skiing and motocross leg use is. But, what I noticed was that the skier’s legs have much more muscle definition than most motocrossers.  I would think that since the movements are similar that the legs would develop the same and the training methods would also be similar.  Can you give your insight?

Sorry to hear about your latest interaction with the ground that has left you sore and full of sutures. That's the cost of doing business in this sport though, right? This letter caught my attention because I am a huge downhill ski-racing fan and I was following the action at the Birds of Prey event all weekend. There are similarities between the two sports, but it has more to do with balance, focus, ski/wax/bike setup, and the ability to block out consequences and grab a handful of throttle or, in this case, gravity, and go fast. Another thing these two sports have in common is that television doesn’t do them justice. Watching riders skip across the top of a whoop section or triple through a rhythm lane looks easy from the comfort of your living room in a fully reclined Barcalounger with a lap full of Dorito crumbs and a beer. From the stadium floor the level of technique and amount of testicles required to do those things would drop your jaw to the floor. Likewise, watching the world's best skiers descend a downhill or Super G course from home looks like something you could probably pull off on a pair of rental skis if you were given a few practice runs, one of those tight Lycra suits and a shot of Fireball. The reality is that the pitch on those runs is near-vertical and the surface is literally a sheet of ice that would send you careening into a stand of aspen trees and, consequently, to your bloody, screaming death on the very first headwall. Meanwhile, the athletes you saw in Vail are searching for ways to go faster as they carve a line down the course at 80 mph plus. What they do is incredible and if you ever get a chance to watch it live, do it. As far as the legs go, skiers are on a whole other level. Skiing at that level requires an unreal amount of leg strength and the ability to work at or near your anaerobic threshold for 1-3 minutes. Their training consists of shorter, intense sessions that are focused on building strength in their legs, hips, and core. You probably noticed in high-def that their legs look like tree trunks wrapped in spandex. Motocross requires a little bit of everything, not just legs. And our races go 20-40 minutes, so there is more of an endurance component involved. Thanks for the letter, Stan. Hope you heal up quickly so you can get out and break yourself off again soon!

All hail the great Pingster! Mighty one, can you please enlighten me on my quest for knowledge? Do team owners make money owning a sx/mx team? Is Reed shredding thru his bank accounts like a drunken sailor on shore leave? That is all.

There is a saying in the motocross industry when it comes to the financial reality of team ownership and it goes like this: The best way to ensure you have a million dollars in the bank after running a race team for a year is to start with two million in the account. The short answers to your questions are no and yes. But most folks who start successful teams do so with this understanding, and they do it anyway because they love racing. That same mentality keeps them in the sport regardless of the net income, or lack thereof. A successful team owner, in my opinion, is one who is breaking even at the end of the year. Even if you work through an entire season under budget there are always things to buy that would improve your team: better staffing, new rig, new suspension, titanium, engine components, custom transmissions, race shop upgrades—the list goes on and on. And that doesn't include standard raises or benefits packages, which continue to get more expensive. If your results are good and your sponsorship dollars go up, you just use that money to hire better riders and staff, and improve your team. If there is a team that is doing all that and still putting money in the bank I don't know about it.