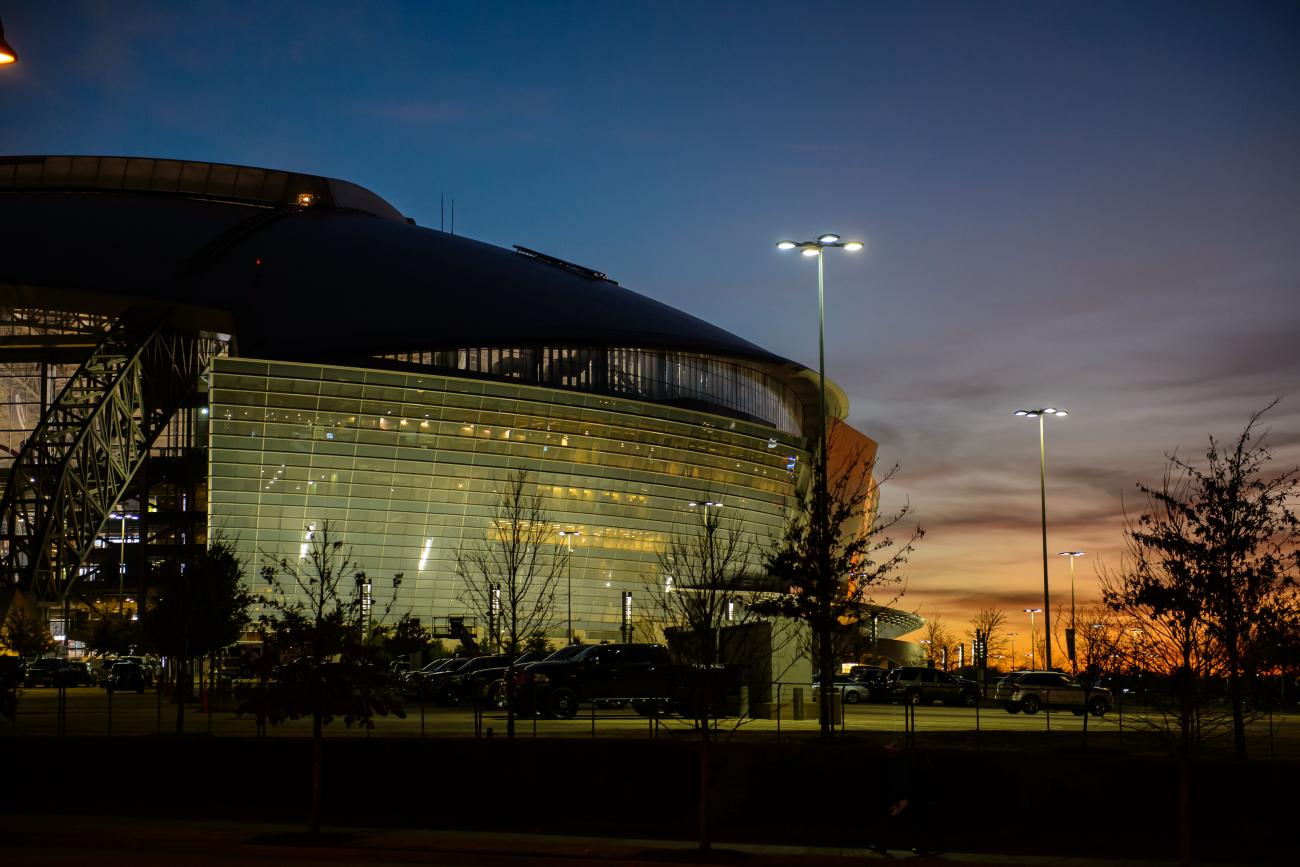 Hello, everyone, and welcome to the Rev Up. The season gets a shot in the arm this weekend as round seven of the 2015 Monster Energy Supercross, an FIM World Championship, takes the show to Arlington, Texas! Racing in Texas is always exciting enough, what with the bravado and plethora of six-feet-tall brunette females. Hank Williams Jr. once wrote a song about that subject, I’ll have you know. But, I digress.

In my opinion, a strong portion of the hype about this weekend is the fact that we are racing inside AT&T Stadium, “The House that Jerry Built.” It’s pretty gnarly to imagine a venue having the ability to challenge the event within her walls, but this place really is something special. It looks like a gigantic spacecraft from the parking lot, but inside it’s even more impressive. Turns out you can do some neat things with a billion dollars. Ho, ho. Not to ramble too much on the incredible stadium, but it’s a cherry bonus that comes along with purchasing a ticket to the races this weekend.

More along the lines of “shot in the arm” is the onset of the 250SX East Region. Not that the series needed any extra juice, as the opening six rounds have been on fire, but jump-starting another snarling pack of 250 guys heats things up even more. The “East Coast swing” begins this Saturday night, and with the next four rounds taking place in Texas, Georgia, and Florida, the vibe of the series changes up a bit. It isn’t any better or worse (depending on whom you ask), but the fans and dirt are different, and the domes and stadiums all give the middle portion of the championship a personality of its own. It all begins in Arlington this weekend, so let’s take a look at both classes!

This was an interesting championship last year to say the least. Let’s rewind, shall we? Rookie Adam Cianciarulo wins the first main of the year, title contender Jeremy Martin fails to qualify for the first two mains, and class veteran Martin Davalos goes out and wins the first races of his long, long 250 career. Just when the title appeared to be his, he breaks his leg and hands the title to Oklahoma’s Justin Bogle. At one point Monster Energy/Pro Circuit Kawasaki was sweeping podiums, yet the team ended up without the title! Meanwhile, Jeremy Martin won the final main event of the series then dominated the outdoor nationals.

That kind of paints the picture for the action coming to the starting line this Saturday night. Big changes, like Davalos jumping over to the Rockstar Energy Racing Husqvarna team, Cianciarulo sitting out due to injury, and Red Bull KTM’s Marvin Musquin racing (Marvin was supposed to race it last year but tore his ACL in the pre-season), set the stage for this to be a stellar eight rounds of 250 East Region action. It’s a short series, and with so many contenders in the mix, finishes outside of the top ten will be crushers. It seems like a lot of people are eager to hand the trophy to Musquin, but I think Jeremy Martin and defending champion Bogle will win races. Davalos will be right there as well, and his bike is extremely capable. His teammate Zach Osborne pulled a lot of holeshots in the West Region on his Husky.

I think Monster Energy/Pro Circuit Kawasaki’s Joey Savatgy will be the biggest surprise of the class, and his team owner Mitch Payton will be tightening the wood screws with a fresh chance at a divisional title. GEICO Honda has a rich and successful history of bringing rookies up from Loretta’s and seeing them win. This year they will insert 2014 AMA Horizon Award winner R.J. Hampshire into the fire, and the word on the street is that he has a lot of speed. Same for his teammate and fellow rookie Jordon Smith, but he’s out for the weekend with a hand injury.

It’s like Anaheim 1 for these guys and it will be awesome to catch the first glimpses of them on the track for the opening practice and qualifying sessions. Please tune in to Race Day Live! to check out Jeremy Martin running the #6, Bogle with the #1 plate, and all the new guys on new teams!

When Trey Canard clicked off his second win of the series in San Diego he closed to within 18 points of Ryan Dungey. If you take away the crashes at Anaheim 2 and 3, he’s right there (and I think we all know that Anaheim 2 finish includes some strange circumstances). I think the next three or four rounds could really play into Trey’s favor as Arlington is his home race, and the clay-based dirt is in his wheelhouse. I’ve been guilty of jumping on the bandwagon of the most recent winner, but I think Canard and his American Honda have a strong chance to go on a roll right now. He kind of has to, in my opinion, because Dungey and Roczen are too consistent to drop 20 points in one weekend (Kenny did it in Oakland, but that’s a rarity). The song remains the same for GEICO Honda’s Eli Tomac. He needs wins, and wins in bunches, to get back into the championship. All four of those guys are gnarly and made the opening six rounds of the series their own.

Some things are coming, though. Monster Energy Kawasaki’s Davi Millsaps had a lot of speed last weekend and I think we can expect to see him solidly in the top five for the next few weeks. Chad Reed isn’t going anywhere either. The #22 has been on the board in qualifying lately and he’s riding well. He can run the pace if he gets the start, which he hasn’t yet in 2015, but he will.

It’s just a huge weekend, folks. Feld brought in brand new dirt that looks like it is going to be perfect from the press day pictures. The track design is great again, and we’re primed for what could be the best race of the season. Contrary to popular opinion, I think the 250 East Region is going to be a dogfight. Yamalube/Star Racing Yamaha has an amazing machine under their tent, and I think Jeremy Martin’s supercross game will be vastly superior to his 2014 effort. There are five powerhouse organizations with gnarly riders under their awning and I think we’re in for a wild show in the 250 class.

Who do you love in the big boys class? Dungey, Roczen, Canard, and Tomac have been the hottest so far! Is Millsaps ready to jump into the mix? Will one of the rookies blast fantasy picks out of the stratosphere and land on the podium again? They say everything’s bigger in Texas and I can’t think of a more grand Saturday night heading our way. Round seven, ladies and gentlemen. Let’s go.