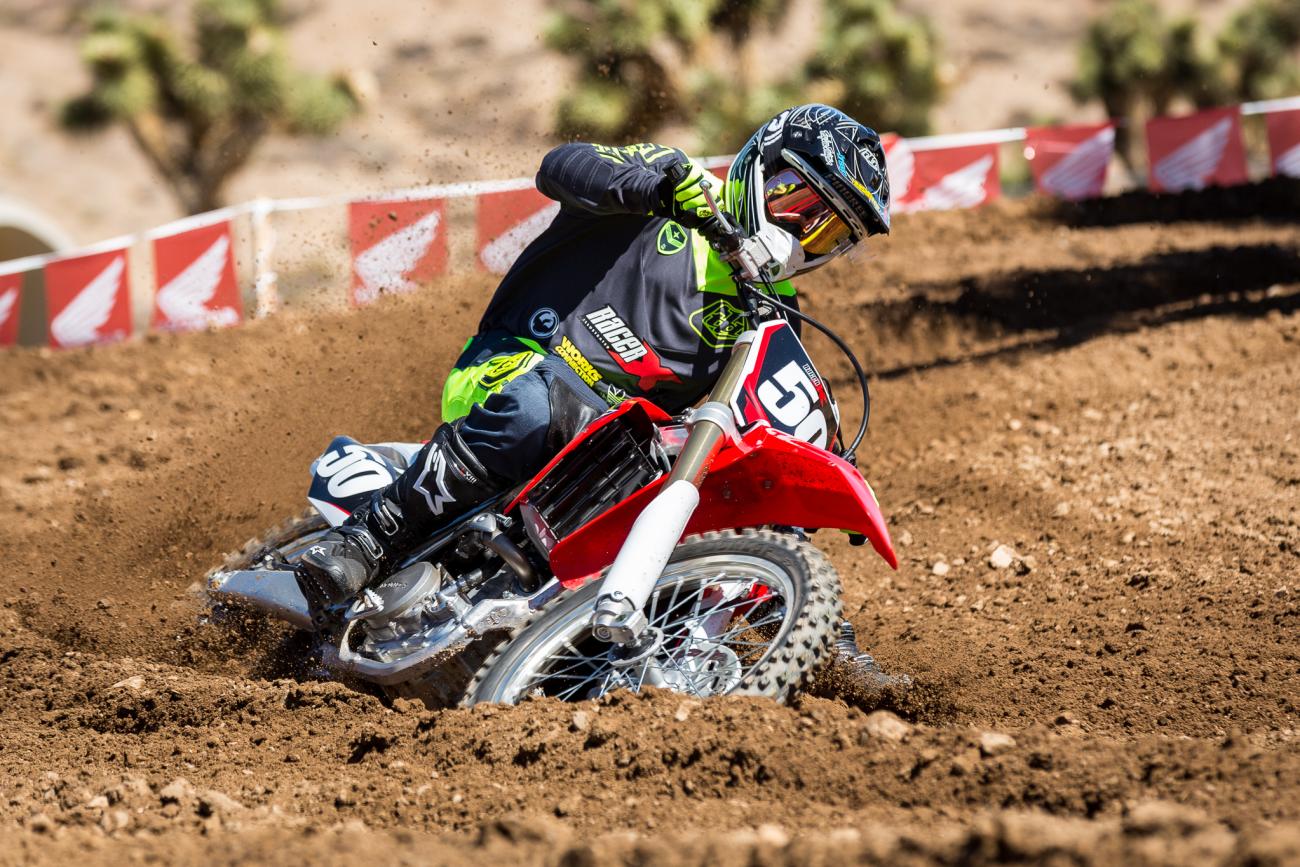 It is my humble opinion that riders who are injured and are not going to race an event should still show up at the event to represent their sponsors and do the usual PR thing with the fans.  Short of being in the hospital this should be a mandate with any high profile team.  They are contracted and paid big money and the investors want some return on that investment.  It may seem like I’m picking on the brothers Stewart, but really it goes for all the riders, Villopoto included.  Are they being fined for not showing up to the track on race day?

I think this all depends on who you are talking about and the circumstances. For instance, it probably doesn't make sense for TLD to fly Malcolm Stewart to the races every weekend to sign autographs and make appearances. He's a great rider, but it isn't like fans are just coming to see him. James, on the other hand, sells tickets and could literally sit under the awning all day and sign without his line drying up. Same goes for Ryan Villopoto. But James doesn't do anything that he doesn't want to do and he doesn't have anyone in his corner willing to stand up to him and tell him what he's doing is wrong. That’s how it goes when you write the checks. Besides that, the Yoshimura team doesn't have to send the rig if he isn't racing because he is their only rider. So, it would cost them a lot of cash to send the rig out, fly James out, and set everything up just for him to sign autographs. The whole thing doesn't make sense. Team Kawasaki, on the other hand, is racing every weekend with Jake Weimer and Brett Metcalfe, so they are there already. It would seem like sending RV to at least some of the events—he did attend RedBud—would be a good idea. Of course there is the knee surgery he is recovering from and the physical and mental break that he needs, and maybe that is why he stays away. Villopoto did show up to the 2015 Kawasaki launch in southern California to chat with the media. It seems like both Stewart and Villopoto are in strange, uncharted places in their careers, and for both of them it is just easier to stay away until things become clearer for them. So, as I said, much of this just depends on the rider and the situation.

What's going on with the Stewart brothers? Both of them are mysteriously "dehydrated" and too ill to race? Is James done for the year? For good?

I'm not sure any of us know for sure. The Stewart bros aren't very open with the media, so they throw out a small bit of info in a press release and we are left to decipher the rest. "Malcolm Stewart is out with dehydration issues" is what we hear from him. Apparently he was so badly dehydrated that his kidneys aren't functioning properly. Wait, doesn't he live in Florida where it is incredibly hot and humid? Hasn't the weather at the nationals been extremely mild this year? Unless Malcolm forgot to drink water for a week I don't see how he could have gotten this bad. He has said that he will race in Utah. And James hasn't been able to post a good finish, not even in one moto, since his failed WADA results were made public. I think, and this is just my own crazy theory, that the Stewart family has gone into lockdown mode at their Florida compound until the drama is sorted with James. James isn't racing this weekend, and I don't own a farm, but if I did I would bet it that you won't see him in Utah either. Is James done for good? Hopefully that isn't the case, but if it were simply a matter of him producing a prescription to clear the issue up, it seems like things would have moved along more quickly. I'm not ordering my JS7 2015 SX champ commemorative shirt just yet.

I am a crusty vet rider in southern California that wants to ride a few national tracks in my retirement. I know a lot of tracks look good on TV (Washougal) but are super technical and difficult for weekend warriors. If I wanted to practice on a national track that is high on the fun factor, where would you send me? Keep in mind that I ride a restored 1993 CR125, and the only scrubbing and whipping I do is in the kitchen.

Well, if you can pack up your truck and hit the road right now you might be able to make it to Indiana before practice starts on Sunday morning. The Ironman MX going on this weekend looks like an amazing place to race, though I can't speak from experience since it is brand new. I would tell you to hit Washougal, Glen Helen, Millville, RedBud, Budds Creek, and Unadilla if you are looking for epic moto experiences. There is also a grass track race up in your neck of the woods at a place called Chehalis [which has run into organizational problems lately] that looks amazing as well as a cool vintage event at the Crooked River Ranch in Oregon. The Racer X Inter Am in Boise is also super fun. Enjoy your retirement, and hopefully you'll meet someone along your journey. I mean, I'm assuming you are single since you handle all of the kitchen duties and your retirement is going to consist of driving around to different places to ride your motorcycle. Good luck.