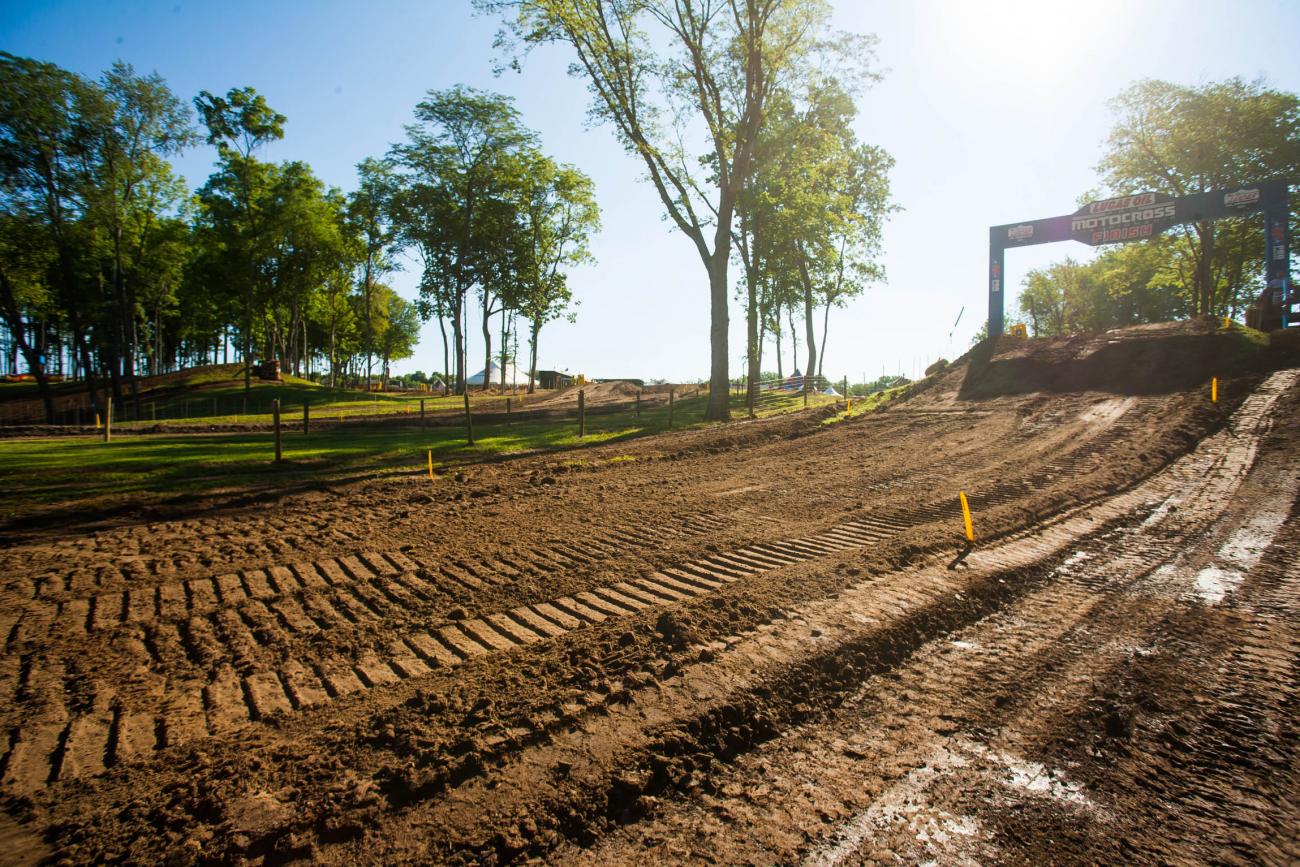 No one is really sure what to expect from the new Indiana National in Crawfordsville, Indiana. The facility is amazing, the views are specatucalar and the track looks great. But don't just take our word for it. A handful of riders spoke about the new venue at press day yesterday.

Jeremy Martin – Yamalube/Star Racing/Yamaha: “The track was pretty good. They made a few changes after press day and I think it’s going to be completely different track come Saturday. After all the bikes get on it, I think the track will get pretty rough.”

Cooper Webb – Yamalube/Star Racing/Yamaha: “Initially driving in, I thought this place was really cool. I was pumped on the rolling hills; it’s definitely one of the natural or not man-made tracks. I don’t think they had to do too much as far as the natural terrain goes.”

“The big jumps are cool and the dirt is good, so I think it’ll be good for racing. For the young guns and guys coming up I think they’ll be pumped on it. Once it gets rough, it’ll definitely separate people.”

Shane McElrath – TLD/MAVTV/Honda: “It’s definitely not a California track, that’s for sure. It’s going to be a lot different than the other races earlier on the schedule because of how the dirt is and how they mixed in other stuff. It’s not just going to be all ruts all the time, it’s going to make for a really fun day of racing on Saturday.”

Jimmy Albertson – MotoSport.com/KTM Racing: “This is such a cool facility, it’s pretty awesome to look at. You can tell the dirt here is pretty hard packed originally but you can tell they did a really good job of bringing the sand and foreign dirt in to make the soil really nice. I think once we get more bikes on the track it’s going to rut up and get some lines in it. It’s pretty high speed but once it gets rough I think it’s going to come around to be a really good track.”

“The uphill triple is definitely big! Definitely one of those jumps you need a lot of horsepower to jump but once it gets rough it’s going to be tough for anyone to jump it. It’s always cool for the fans to see people go that type of distance on a dirt bike. Putting a big jump like that is cool, too, because that one really didn’t have too big of a consequence as far as casing it, and doubling it isn’t that much slower. So it’s cool for the fans to watch and it doesn’t really matter to the riders.”

Cole Seely – TLD/Lucas Oil/Honda: “We had a track called Southwick on the circuit and that’s off now. I think this is the replacement kind of and I think it’s a really good replacement. It has all the unique features of a high caliber outdoor track they did a good job with the layout - it has a lot of good elevation change and there’s really good flow to it.”

“The triple step up is going to be one of those jumps that’s always remembered like LaRocco’s Leap at RedBud or The Wall Jump at Unadilla. For sure it’s going to be something that people are going to be watching and talking about.”

Jessy Nelson – TLD/Lucas Oil/Honda: “The start here is a little different from the other starts we’ve seen. It has a right hand turn that makes it a little more difficult coming out of the start. But just looking at this place, you’re in awe. It’s really cool and I can’t wait to get started on Saturday.”

Weston Peick – RCH Racing: “The track layout is great. It’s more of a natural terrain track like back in the old days. As soon as all the sand and new dirt breaks in I think it’ll be a great track. The naturally rolling hills and terrain is a great feature instead of having a thousand jumps on a motocross track. I’m super stoked to be out here for our first national and looking forward to racing on Saturday.”