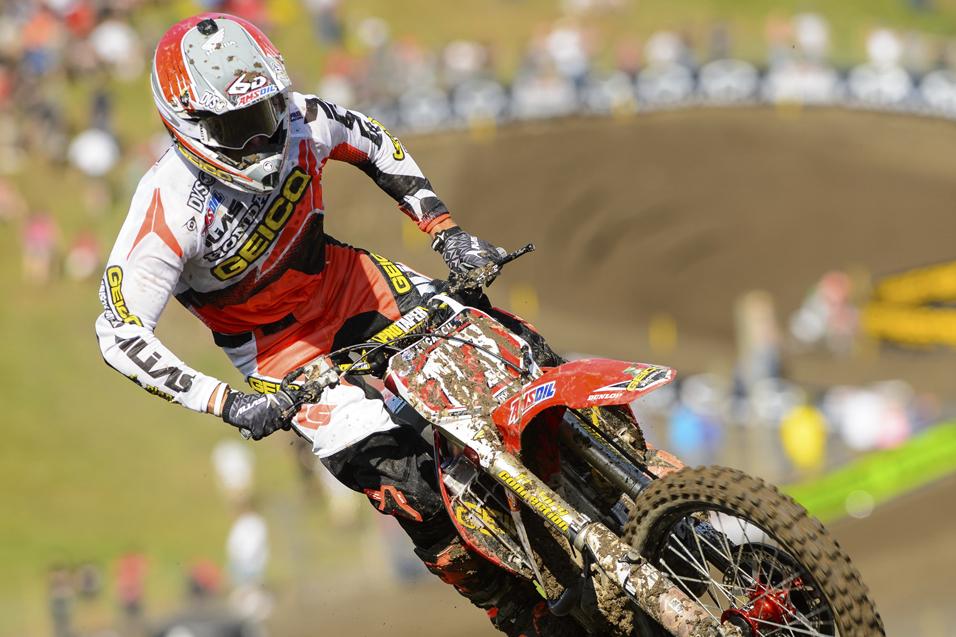 August 13, 2013 2:00pm
by: Jason Thomas
Unadilla MX New Berlin, NY Unadilla Lucas Oil AMA Pro Motocross Championship
Eli Tomac is on fire. In the past few weeks I considered calling 911 to have firefighters on stand by in case he actually burst into flames. All kidding aside, he has really found another gear and is running away with this championship. Anyone with decent eyesight (or a nice pair of spectacles) can see that he is going very fast right now. The trick is dissecting his technique and then trying to apply it to one’s own skill set.

As I have discussed with a few other riders this season, I feel that Eli has found a way to utilize his (and his father’s) mountain bike background. When I watch him ride, I can see him using many techniques that are more suited to a mountain bike but he has developed this unique hybrid formula for his motocross bike. When riding a mountain bike, it is very important to anticipate every bump, rock and corner beforehand. “Unweighting” the bike before impact can lessen the force applied to the bump or rock, therefore maintaining speed across said obstacle. The bike is not losing momentum by directly striking the object and almost floats over the bumps. Visibly, the rider will have a crouched look as he is trying to make the bike “lighter.”

When I watch Eli ride, I see this same style. He is anticipating the bumps long before his bike reaches them and seems to glide across them more than the riders around him. He is not burying the suspension deep into the stroke like he would if he hit a bump squarely. Anytime the bike stays high in the suspension stroke, more momentum is carried. This momentum is easy to see if you watch Eli careen around the tracks each weekend. He visibly looks faster in the rougher sections and I think this subtle technique is helping him run away from his competitors. 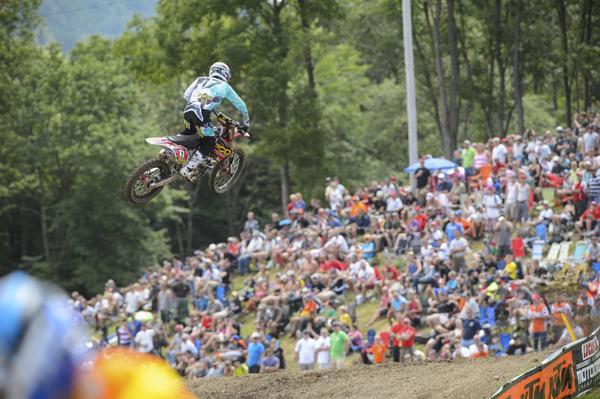 Eli Tomac is firing on all cylinders at the moment.
Simon Cudby photo

Okay, sounds good for Eli. But applying a technique like this might be tougher than it sounds though. Eli grew up on a mountain bike so this is like breathing for him. His natural instinct is to react to bumps the same way he is displaying every weekend. For a rider to truly go fast, their technique and form has to be completely instinctual. This is when riders get into “the zone”. They aren’t thinking about what they are doing anymore, it is pure instinct and reaction. To be able to change technique and then commit it to habit is something that takes time. Whether anyone tries to apply what Eli is doing or if they simply think I am delusional is anyone’s guess.

When it comes down to brass tacks, there are dozens of reasons why Eli Tomac is a very fast motocross racer. From upbringing to genetics to desire, many different riders all share the same common denominators. When I have to start deciphering why this incredibly talented rider is starting to demoralize all of the other incredibly talented riders, that gets a bit more precise. It is often something very subtle that will grow into a revolutionary change. Examples I can think of are JMB blitzing whoops at Tampa SX 1992, the Bubba Scrub at Budds Creek, and Jeremy McGrath’s BMX timing approach to supercross. These were all new techniques that made massive differences in the sport we know today. Will Eli’s ways open the door for another technique breakthrough? Time will tell but it is hard to argue against the results thus far.