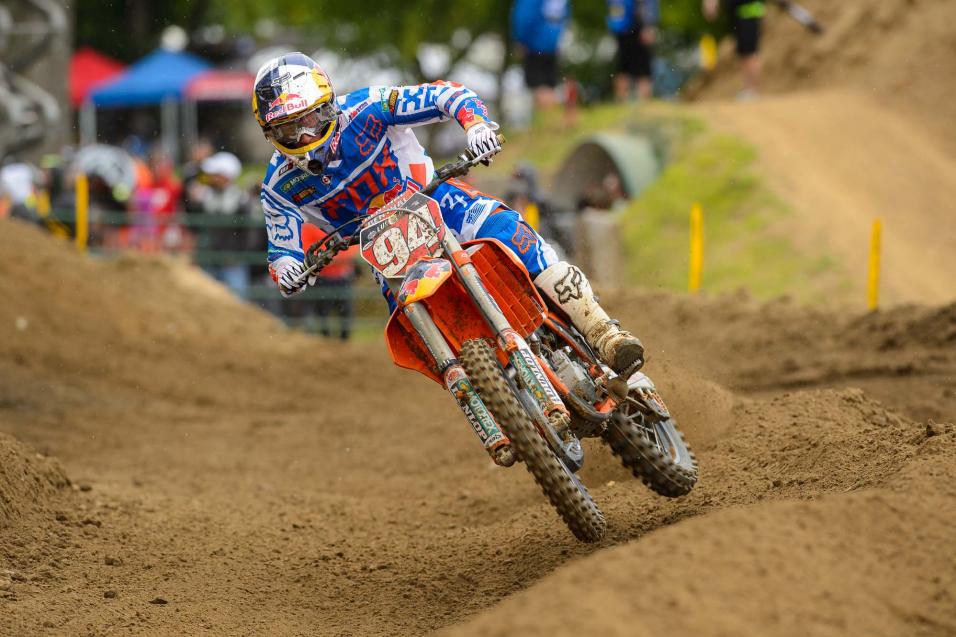 Something had to give. Eli Tomac and Ken Roczen had been pushing the pace each week in the 250 Class of Lucas Oil Pro Motocross, and yet both had avoided major crashes, mistakes, or bad motos.

But Roczen made the first big error at Millville. The biggest season-changing moment of the day came in moto one of the 250s, when Roczen was chasing Wil Hahn for the lead, and Tomac was still in traffic. Then Roczen stuffed the front wheel, igniting a bizarre crash. His chest hit the bars, and he bounced off and went flying over the bars and onto his back. It was a brutal hit, and Kenny was done for the moto.

"I really don't even know what happened, it happened so fast," he explained to us after the race. Roczen was momentarily roosted by Hahn and lost his vision for a second, but he said he didn’t think that was a factor, because he hadn't even quite entered the corner yet and really didn’t think he had anything to worry about. He just went down in a flash.

He suited up and gave it a shot in moto two, and certainly salvaged something. He managed a top-five start from a bad gate pick, and at one point manuvered past Blake Baggett to take the lead. But Tomac was just too much, and he eventually overtook Baggett and Roczen to take the lead and the moto win. 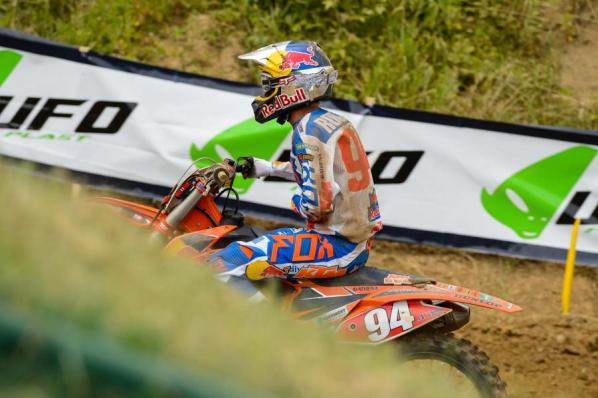 After his big crash, Kenny was slow to get up. He eventually rode back to the pits and regrouped for the second moto.
Simon Cudby photo

Somehow, Roczen was still standing at the end of the day. We found him in the Red Bull KTM truck, clearly stiff and sore, but still willing to bench race and chat like usual. Roczen has been leading the 250 Class points in the Lucas Oil Pro Motocross Championship since the first moto of the season, but now that points lead has been replaced by a points hole, with Tomac a full 27 points ahead.

Will this entire championship battle boil down to one crash? Kenny’s got six more motos to try to make sure it doesn’t.