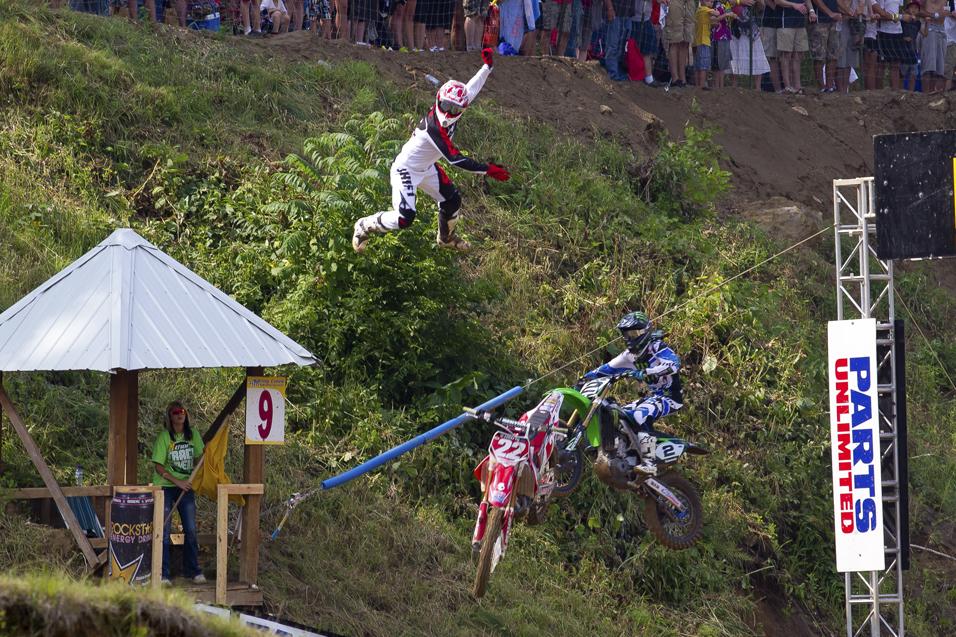 Advertisement | Advertise with Us
Spring Creek MX Park Millville, MN Spring Creek (Millville) Lucas Oil AMA Pro Motocross Championship
The population of Millville, Minnesota is 182. We didn’t miss a comma or a zero there. It’s 182. Yet this small town is a magical place in motocross circles, one with a much larger impact that the humble census results would indicate. Check out this week’s The List for proof, and then drop some of your own Millville memories below in the comments section.

The Beast’s Debut: The stunner is Damon Bradshaw getting fourth here in 1988. Doesn’t seem like much when Eli Tomac wins or Cooper Webb podiums exist on a yearly basis, but back then, it was unheard of for a kid straight from Loretta’s to mix it up at the sharp end immediately. 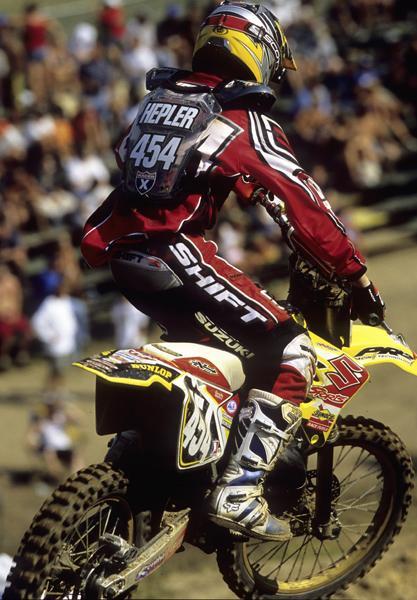 Names like Hepler (pictured above), Dungey, Hill, Canard, and Wharton all made their pro debuts at Millville.
Simon Cudby photo

Dowd Wins a Dry One: Privateer hero John Dowd was famous for winning the muddiest-of-all-time Hangtown 1991 National, but his performances on all terrains led Yamaha to slip a factory YZ250 under his Boyesen/Penske privateer tent halfway through the 1994 Nationals. A few weeks later, John hung on to win Millville, proving he could get it done in the dry.

RV Pulls Over and Then Pulls Away: It’s 2007, Monster Energy/Pro Circuit Kawasaki teammates Ryan Villopoto and Ben Townley are providing one of the greatest one-on-one title duels in history. They go back and forth each week swapping overalls and the points lead. Then RV pulls a curious move at Millville by pulling over and letting Townley by in the first moto. It looked like BT had broken RV, but that just turned out to be some sort of gamesmanship. RV went out and dominated moto two, and the rest of the season! 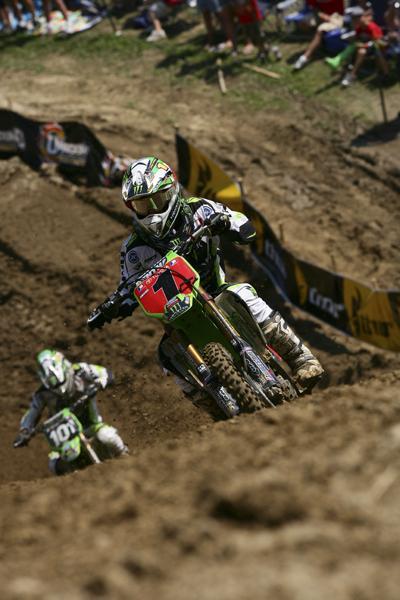 RV pulled a strange move in 2007 when he let title rival Ben Townley by in the first moto. RV would go on to win the second moto and the 250 championship.
Simon Cudby photo

Hannah's Last National Win: Bob Hannah’s move to Team Honda in 1983 signaled Hurricane II, and when he was winning supercrosses and nationals early that season, it was game on. Injuries kept ending his drive, though, and by the third year of his deal, 1985, he wasn’t as much of a threat. On rough tracks, though, Hannah could still get it done. And he did it one more time at Millville.

McGrath’s Bad Step: Jeremy McGrath not only dominated supercross in 1996 with 14 wins in 15 rounds, he was also a bad dude outdoors, winning the first six motos and carrying a 40 point lead by mid-season. Then came practice at Millville, where he tried to tie two table top jumps into one double, came up short, and sprained his foot (which is said to be more painful than breaking it). MC could barely ride at the next few races and handed over a ton of points to Jeff Emig, who then rallied to win the Steel City finale and take the 250 National Championship. 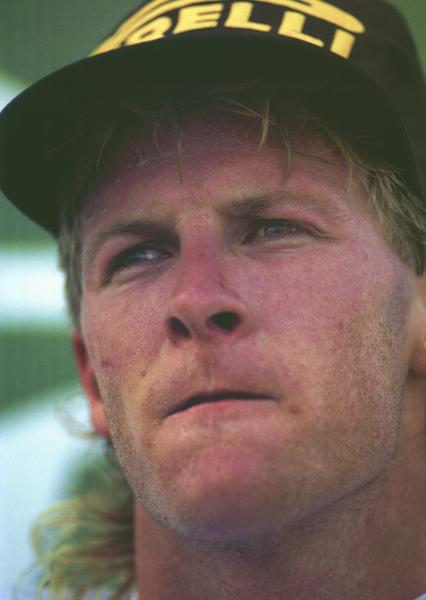 Emig, Thumbs Up and Down: An even stranger story for Emig at this track in 1998. He rolls his thumb under the bars in practice, then proceeds to win both 250 motos, only to find out a week later than his thumb is broken and his season is over!

Home Cooking: Ryan Dungey and the Martin brothers get lots of Minnesota love now, but they were beaten to the home-race-win punch by a long ways. Donny Schmit, the late two-time World Motocross Champion, came through the pro ranks as a Suzuki factory rider, and won Millville in both 1987 and 1988 in the 125 Class. Dungey has gone another step, winning an overall for the last five years! 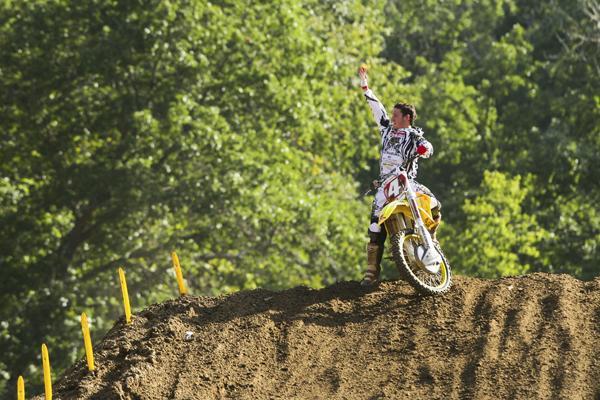 The GOAT finished off his storied career at Millville.
Simon Cudby photo

Believe the Hype: Anyone heard anything about the Alessis lately? Mike Alessi’s pro debut here wasn’t the best ever, but it certainly was the most hyped, heck they even brought their own t-shirts! Mike finished 30th overall that day, but his afternoon was all anyone wanted to talk about. Some things never change!

RC Laps the Field: Ricky Carmichael wasn’t known as a mudder when his pro career began, but toward the end of it, mud presented a defining moment. When a second-moto deluge in 2006 left riders stuck and crashing everywhere, RC lapped the entire 450 field! 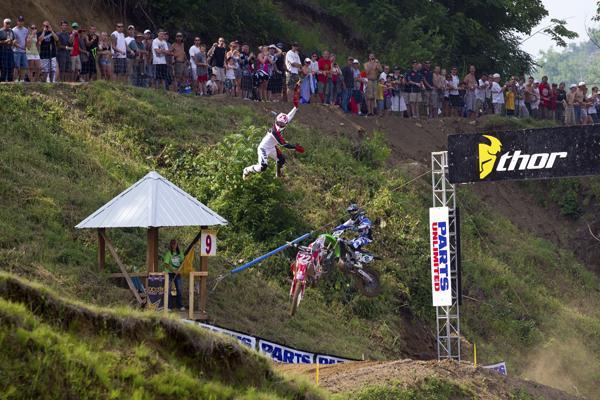 One of the most spectacular crashes in the history of the sport.
Brian Robinette photo

RC's Last National: The next year, Carmichael said he would only race half the season and then slip into retirement, and he stuck to his word by ending it all at Millville (even though he could have easily won the title). He went 1-1 and was then greeted by an absolutely massive crowd at the podium.

Reed’s Mega Crash: The moment of moments, Chad Reed’s ejection while leading the second 450 moto (and holding the points lead) even landed on ESPN’s SportsCenter. He lost the title here, but sure did add to his legend. For now on, that jump he launched from is called The Chadapult.