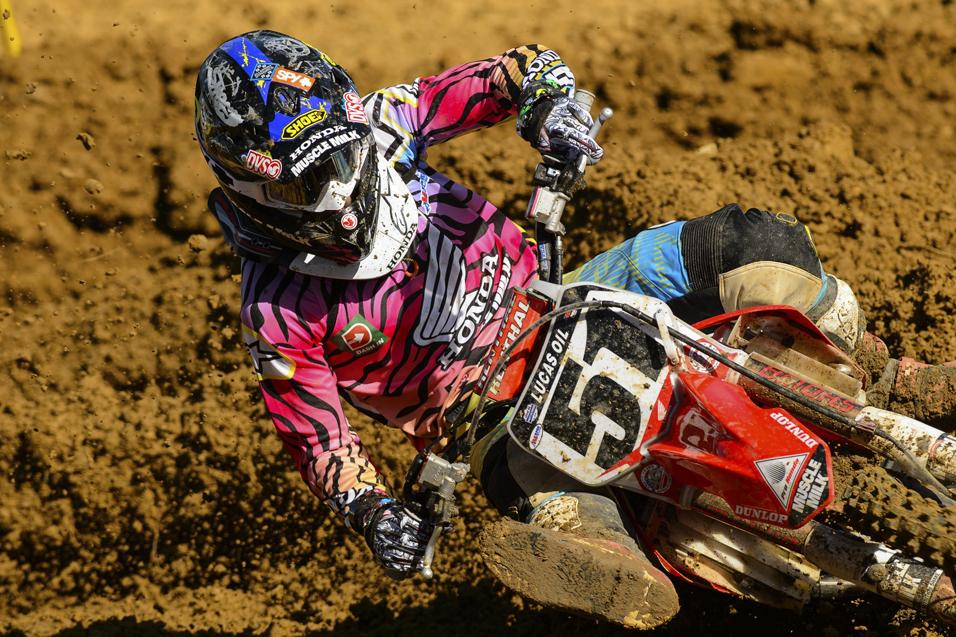 June 27, 2013 9:00am
by: Jason Weigandt
The Wick 338 Southwick, MA Southwick Lucas Oil AMA Pro Motocross Championship
Allsport Dynamics’ Jeff Brewer has been fighting the good fight for over a decade now, trying to convince the world that wrist braces have a place in every rider’s gear bag, just like knee braces. Currently, Blake Baggett is using a set of them and he just proved he can win in them at Budds Creek. Here’s Jeff Brewer to explain his life long passion.

Racer X Online: Blake Baggett won over the weekend, and no doubt your wrist braces played a role in that. But I know you’ve been working on this wrist brace thing for a long time, much longer than most people would know!
Jeff Brewer: Yeah I’ve been working on these since back in ’02. I made the first wrist brace every for Mike Brown back in ’98 or so, and then Mike LaRocco hurt his wrist and heard about them, so I worked on some things for him. Then it kind of sat on the shelf for awhile until about ’02.

The safety thing is always tough in this sport. Neck braces certainly have drawn a lot of opinions, good and bad, and knee braces probably took a long time to fully catch on for injury prevention, although that seems hard to imagine no since so many people run them.
Yeah the knee braces, it took quite a few years for people to accept them for injury prevention, and it’s the same thing with the neck braces now. For my business, with wrist injuries, we see a lot of injuries that can be limb threatening. There have been cases where people have had to have their wrist taken off. 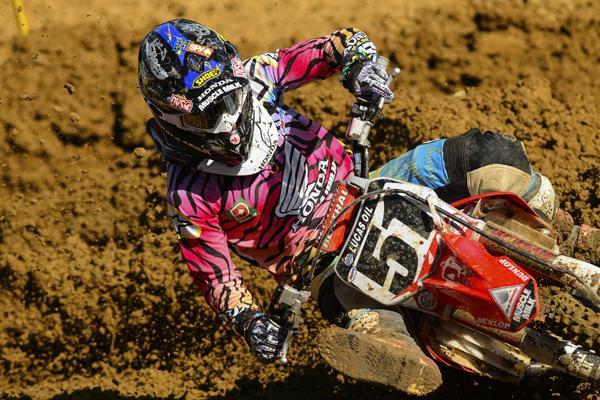 Or even fused.
No, not fused. If someone has broken their wrist several times, and there’s no bone to screw into, sometimes the only thing left to do is amputate.

What?!
Yeah, yeah. It can be pretty severe.

Wow. No kidding.
What we’re trying to do is make people aware that sometimes one wrist injury can cost you $100,000 plus missed work and everything else depending on how severe it is.

How did you become the wrist brace guy?
I got my first patent back in 1990 for my ankle braces. That’s what we started the company with. That’s back when riding boots weren’t quite what they are today. I guess Mike Brown was the first guy that came to me. He was wearing my ankle braces and he asked me if I could make a wrist brace. I just started messing with it and came up with something. I’ve been doing this since 1985, and started the company, Allsport Dynamics, in 1990.

What kind of research have you done to make this work properly, anatomically and such?
In the past, we’ve worked with hand surgeons, hand therapists, people that do this everyday. But the actual wrist brace design, even they’ve been amazed how we came up with the functional part of the brace. We now have doctors calling us and going through a learning curve, but it’s starting to get to the point where doctors are applying these things in clinics on a daily basis. We’ve worked with a lot of professional athletes, too, like hockey players, baseball players, we do quite a bit with football. There’s a lot of dislocations and broken naviculars there.

How much of a breakthrough was seeing Justin Barcia choosing to use them even after his wrist injury healed?
Yeah, and the funny thing about that was, I was watching that race at home when he crashed in Atlanta and hurt his wrist. I had given some of my plastic off the shelf braces to the Asterisk medical crew, and I saw Justin on TV wearing one! I thought I needed to get hooked up with him so I could show him some new product, like our new OX2 brace that hadn’t come out yet. So I flew to Daytona and got with him and helped him out the remainder of 2011. He was wearing only one brace, but at Pala, the last race of the year, he went down in practice. He got up shaking his left wrist. So I made the trip down to his house in Florida to try some, and he’s been wearing them on both wrists ever since. That’s what I’m trying to get people to understand. Now that we have a system that uses a glove modification, there’s nothing in the palm of the hand. You can use it for motocross, weight lifting, mountain biking, everything. 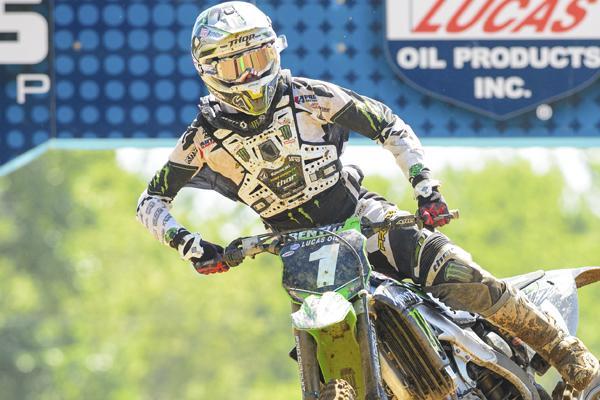 Talk about the Baggett situation. He’s had two broken wrists if you go back to Monster Energy Cup.
Yes. He was one of those guys that was, I wouldn’t say hard to convince, but I think him seeing Barcia run them for the past year, you know, they were on the des Nations team together, and I think having two broken wrists made him think maybe he could do the same thing.

Our pit reporter showed the wrist brace on TV over the weekend and she explained that Blake has a stop built into his because his wrist is still that bad.
Well, his right wrist has a very limited range of motion so he has a stop built in. They don’t want his wrist bending past a certain point. The left brace, he’s wearing that preventative so it doesn’t have a stop built in. Same thing with [Justin] Bogle, he’s trying to do the same thing. Bogle, I wouldn’t say his wrist is completely 100 percent. You know as well as I do that an injury like this takes awhile to get back to 100 percent. But these kids want to get back out on the track as fast as they can, and it’s our job to prevent them from having another accident. Motocross is the sport I love, and it always has been. So I’ve developed a product around motocross, because I figured if it could work there it could work anywhere else, like hospitals and doctors’ clinics. It’s been a long time, but it’s coming around.