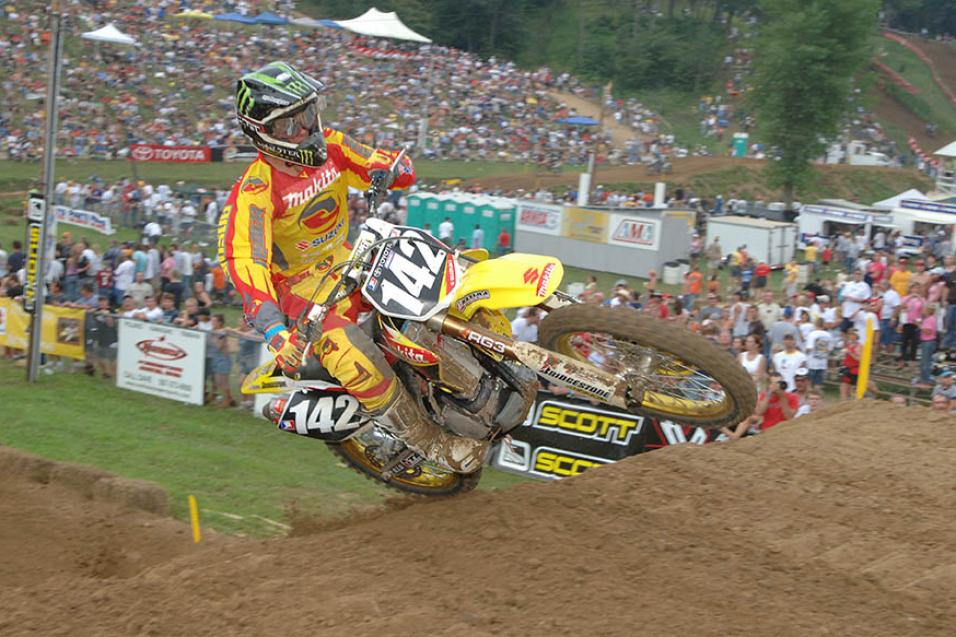 With a full season of Lucas Oil Pro Motocross ahead of them, there’s a very good chance that heralded “pure” rookies Cooper Webb (175) and Adam Cianciarulo (292) will be peeling off their three-digit numbers by 2014. Expect their current digits to fall into the sands of time, just like a few of the key numbers we’ve selected below for this week’s List.

#142 Ryan Dungey: Dungey's debut as a pro was supposed to be overshadowed by Josh Hill (wearing #375), who was the real star coming out of the ams at the end of 2006. Dungey did get a boost in his first race, though, since it was in front of his home-state people in Millville, Minnesota. He went a solid 8-8 on the day for seventh overall. Hill was on the podium by the next race, but then oddly never got back to that level outdoors again. Dungey has brought his three-digit all the way down to the #1. 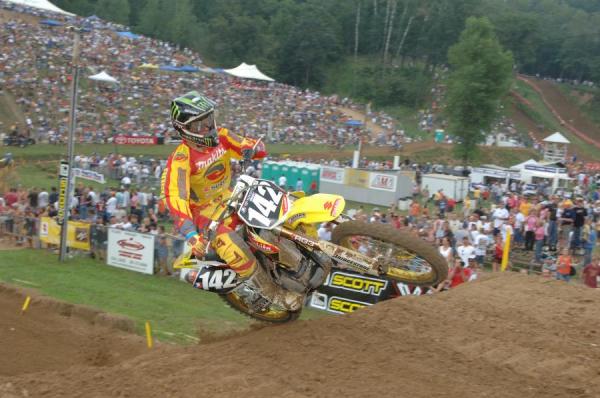 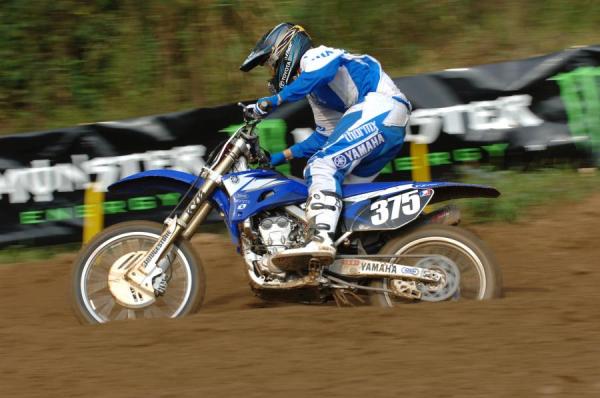 Here's a cool Josh Hill shot from the same race as above--he and Dungey debuted together.
Carl Stone photo

#207 Ryan Villopoto: RV took an extra week to ready himself for a pro debut, skipping the traditional Millville slot and instead taking off at Broome-Tioga in Binghamton, New York. He went 14-16 for fifteenth overall. Two weeks later, he was second overall at Glen Helen.

#579 Blake Baggett: Unlike Dungey and Villopoto, Baggett didn't have offers of a pro ride coming out of the amateur ranks. Instead, he and his family packed up the motorhome and their amateur bikes and tried to make it happen at the Nationals. Blake was okay in his debut—12-23 for eighteenth overall (the second moto was so muddy that the track flooded, and laps were cut). It was a strong ride in the last moto of the season at Steel City, where he finished fourth, that put him on the map.

#151 Justin Barcia: You probably remember this one: At the Glen Helen opener to the 2009 Lucas Oil Pro Motocross Championship, Barcia jumped to the lead almost immediately in the 250 Class. He finished ninth, and then led most of the second moto too. This was about as good as it gets for debuts. Well, until.... 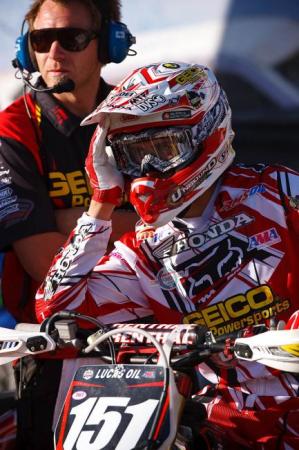 Barcia's future was so bright, he had to shade his eyes.
Cudby photo

#243 Eli Tomac: A win! A win in his first pro race! There's not much more to say. Here are the results. By the way, Tomac and Barcia were going about this the right way—their three-digit numbers were just variations on what they used as amateurs. We don’t know where Villopoto’s #207 came from. 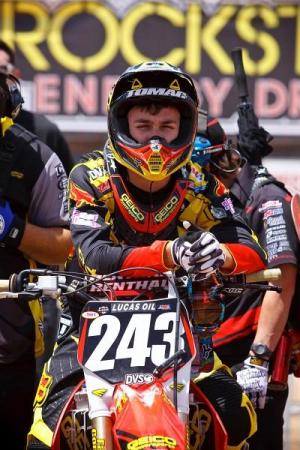 #800 Mike Alessi: We had to talk about this, the most hyped-up pro debut ever. C'mon, Tony Alessi literally had "Believe the Hype" shirts made for this race! A lot has changed since then, but Mike is still running the same digits from his debut—the #800, of course. The pro debut didn't go well at all; Mike bounced back at Steel City to get on the 450 podium two weeks later.

#510 Kevin Windham: When K-Dub hit the pro scene at 16 years of age in 1994, he was sporting the #510. His debut race at Gainesville was terrible, prompting K-Dub to say, "That wasn't my debut race, because that wasn't me out there!" His second was much better, as he nearly won the first moto at High Point! We’ll hook K-Dub up and show you the results from that one. 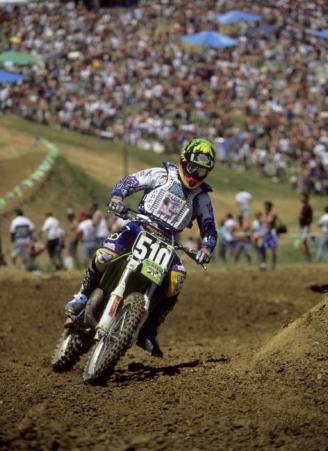 #140 Trey Canard: We assume #141 was taken? Canard was the outstanding grad of the 2007 amateur season and marched into Millville with a Horizon Award. He crashed out of moto one but came right back to holeshot and lead moto two and finish fourth. 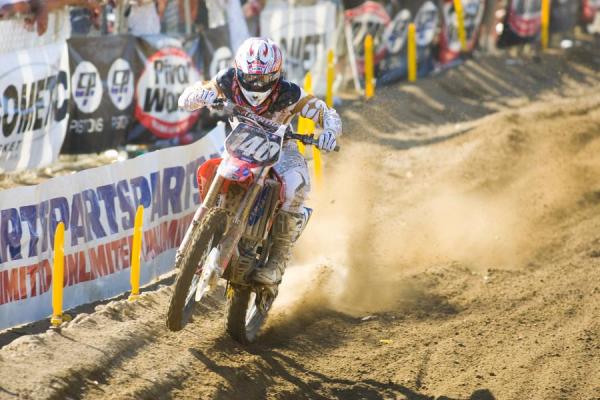 They were calling him "Ice Trey" back then.
Andrew Fredrickson photo

#224 Ron Lechien: Lets go old-school, where rookie debuts were murkier. Back in the early ’80s, the amateur scene wasn’t what it is today, so a lot of riders just turned pro at 16 and went for it. Ron Lechien was one of the first of what we think of a “graduate” today—he raced the first National at Loretta Lynn’s in 1982 and was the star of the event, winning two titles on his Yamahas. His #224 at the pro level is legend, because they didn’t have 125 SX back then. Ronnie just went out and started top-tenning in the 250 class! His first race was a ninth at the Daytona supercross. Then he won the Orlando race. This would be like Webb or Cianciarulo winning a 450SX race next year. 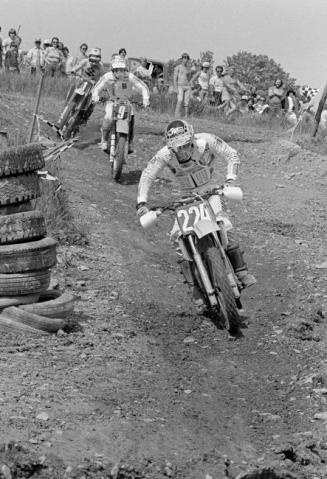 A rookie Lechien leading the superstars around. He wasn't scared.
Paul Buckley photo

#212 Rick Johnson: RJ shows how it’s done the old way—and we don’t just mean with massive front number plates. He was 16 by 1981, so he started racing pro, jumping straight into 250 supercross! By the end of the year, the Yamaha-supported kid was on his way, winning the final 125 National moto of the season at Carlsbad on his three-digit YZ. 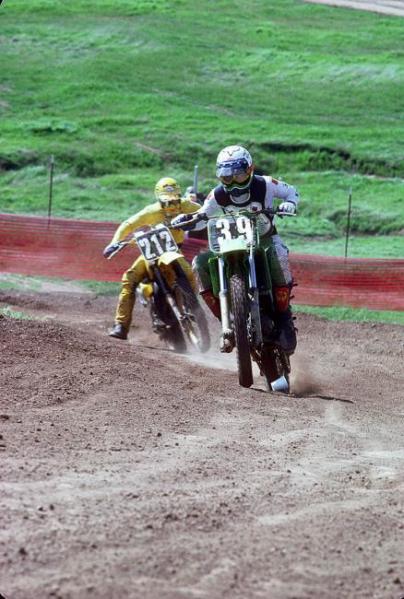 #259 James Stewart: James made his debut in pro motocross in 2002 after a winter of AMA Supercross, where he was just learning the ropes indoors. Outdoors, he already knew what he was doing, and he grabbed the overall win at Glen Helen, his first of twenty-eight wins in the 125cc class in a total of just thirty-one races. For real. But here's some trivia for you: Stewart didn't win both motos that first day. Without looking the Racer X Vault, can you tell us who won the second moto?

#525 Bob Hannah: If you're from the old school, you may remember Bob Hannah bursting onto the scene in the winter of 1976 on the #39 works Yamaha, but he had to earn that double digit somewhere, right? Hannah raced one 125 National in 1975, on a DG-supported #525 Yamaha, at Cycle-Rama in San Antonio, Texas, where he finished sixth overall. 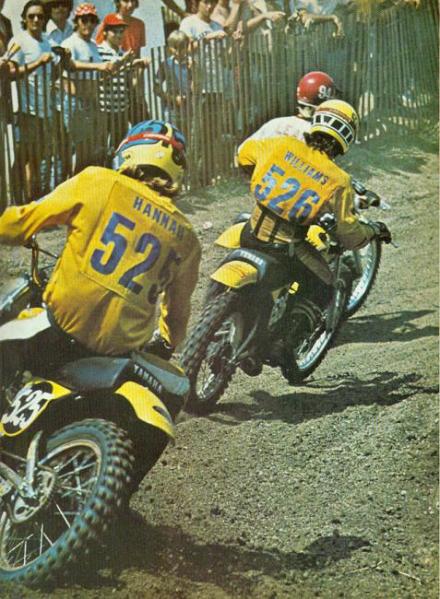 (Not sure how things turned out for the teammate in front on Bob, the one-digit higher #526 Williams.... And those of you from Ohio may even recognize the man in front of both, the late Jon Leak.)

#522 Marty Smith: Smith won the first national he entered, back in 1974, but it doesn't really count the way Tomac's did because it was the first 125 National for EVERYONE back on August 8, 1974! 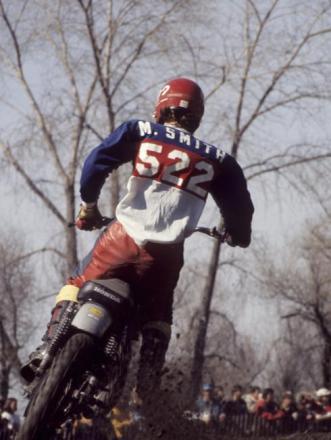 This is awesome.
Steve French photo 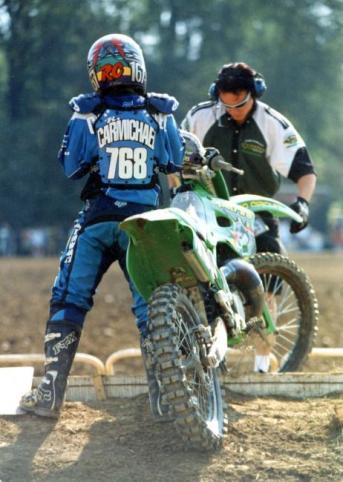 The start of something big.
Palanico photo