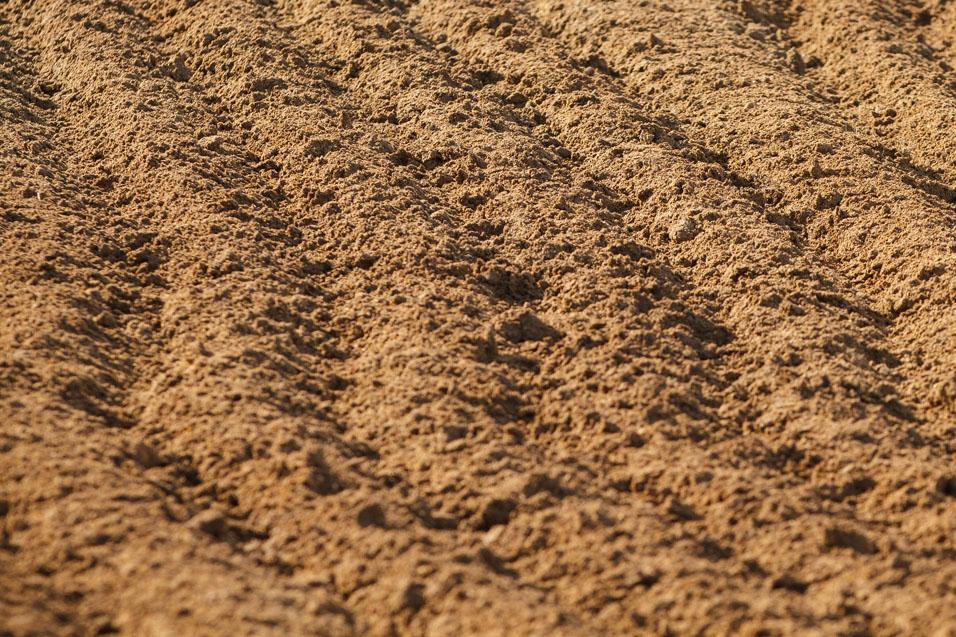 Hello, everyone, and welcome to the Rev Up. The following is a parody based on the hit television series, Sons of Anarchy.

Something happens at around 62 miles an hour - exhaust-canisters drown out all sound, engine vibrations travel at a heart's rate, field of vision funnels into the immediate and suddenly you're not on the track, you're in it. A part of it. The competition, banners, officials - just cardboard cutouts blowing over as you pass by. Sometimes we forget the rush of that. That's why we love these long motos. All our problems, all the noise, gone. Nothing else to worry about except what's right in front of us.

This Saturday afternoon marks the onset of the 2013 Lucas Oil Pro Motocross Championship. The Red Bull Hangtown Motocross Classic arrives with as much intensity as the sport has ever seen. The summer starts here. Run by the Dirt Diggers Motorcycle Club, the event remains the only venue on the tour that is managed by a true MC—an honest Motorcycle Club. It’s a different attitude in Northern California with a savory blend of good vibes, passion and the ever-present hardcore. They will witness the opening of a 12 round, 24-moto ride that will stretch across the boiler months of the season. The route will cover the country in a pattern never attempted, with unscouted stops along the way. Throw a leg over and let’s take a look at the two clubs and their patched and yet-to-be-patched cabinet members. 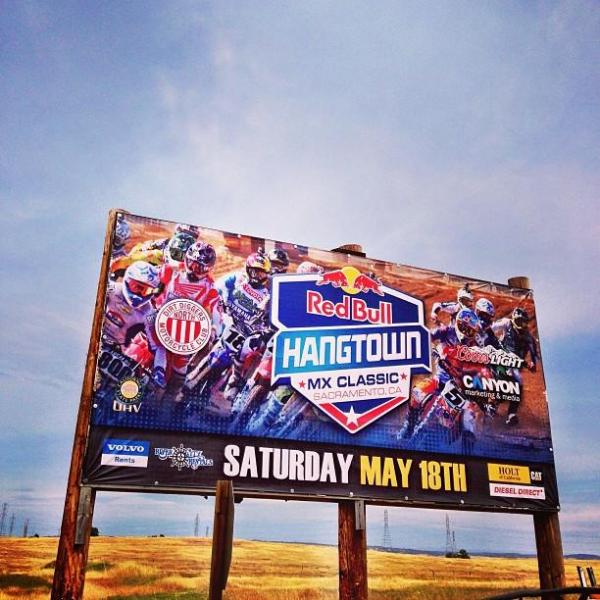 A motorcycle club is about to roll into Northern California.
DC photo

Holding the gavel can be a burden, as the target on your back grows with each passing lap. Ryan Dungey was strong last summer, and while shallow on competition his flow and general banter on the way to the title was decisive. Dungey’s strength is his experience and calm under pressure. Do recall last year at Southwick when he crashed and had the forethought of running low on fuel, so he stopped for a quick fill and hardly lost a step. Those are the actions of a president and a champion.

Like Jax Teller in the S.O.A. saga, Ryan Villopoto has a legitimate vote for the head seat at the table. Also like Mr. Teller, Ryan believes the seat is rightfully his and will do whatever it takes to capture it. The subtle differences between Villopoto and Dungey are clear as fresh brake fluid. RV will push the envelope in the corners and higher speed sections of the track. Is he the perfect machine?

When it comes to sheer firepower, Yoshimura Suzuki’s James Stewart has all of the weapons he needs to control the MC. Perhaps the most exciting man to ever race the outdoor nationals, Stewart will have a say in this ride. How loud and long said voice will be heard is the true mystery in his effort to come.

Trey Canard is already a stealthy veteran of the nationals and has earned his place near the front of the pack. Born again hard he has risen from the dust and grime of the road. Canard can let his tires roll the ground with more comfort and freedom on the outdoor circuits.

Mike Alessi is the Black Sheep of the clan. More of a rogue member of the club, the talk around the table banes in irreverence to the #800, as Alessi has been absent from recent meetings. Expect his return to the ride to surprise and grab the direct attention of the entire MC.

Chad Reed is the senior patch and while the many miles have carved creases into his jawline, his resolve cannot be rivaled. Coy in his arrival to the opener, Reed can let the wolves run ahead a little before he finds his desired groove. Weary that time is no longer his friend, look for the #22 to make the most of this summer’s ride in an attempt to rekindle the fire of his past.

Andrew Short is a club member that can catch you with your hand off the throttle and put his exhaust in your face. The silent assassin of the group has the experience and the strength to keep the charging prospects in line.

Brothers Justin Brayton and Josh Grant have been shuffled through the pack and will be scrambling to earn their proper placement in the formation. The duo should be a top ten machine, with some appearances at the front.

Jake "The Silencer" Weimer patched in a season ago and will press ahead in the upper quarter of the top half of the pack. 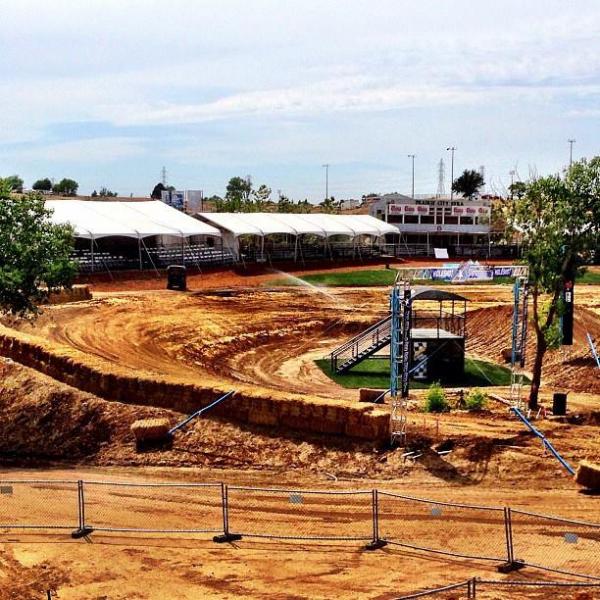 The wily pair of green machine mounted men are prospecting to earn their seat at the table. Dean Wilson is a 250 champion and his fluid and lanky style will lend itself to the variable terrain of the outdoor roughness. Rattray has the summer to prove he is patch worthy. There are very few grains of sand remaining in his hour glass, he must re-prove himself starting now. Meanwhile, Barcia’s reputation has already shunned the rookie stares and he is ready to do what he does best - intimidate and win.

Blake Baggett leads the junior chapter of the MC. Like Dungey, Baggett will have to fight hard to maintain his command. “Bad” Blake put his hands on the gavel the old fashioned way, by climbing his way up the ladder, lap by lap.

The challenge to the head seat in this pack borders on mutiny. Thought to be advancing to the premiere chapter, Tomac has returned to settle the unfinished business between himself and the president. Will his muscle be enough to overtake, or did he make the wrong move by not moving up and out?

The German outsider has made a home for himself stateside, and has ambitions of world domination. He has already conquered a significant part of the globe. The fight at the head of the table could clear a path for Ken to take over before the club has a chance to defend themselves. This foreign threat is a clear and present danger to all who stand in his way.

French born implant, Marvin Musquin will waste little time in asserting himself in the upper echelon of the pack. Expect the Frenchman to leave a couple stops on the ride as the pied piper.

Returning veteran Nico Izzi rides with a yet to be determined prowess. Has he conquered the demons of his past and prepared himself to capture an almost forgotten destiny?

The most experienced patch in the club is Martin Davalos. Throughout his career, “The Matador From Ecuador” has struggled with respect and his place in the pecking order. This summer’s ride will be pivotal in avoiding being voted out. 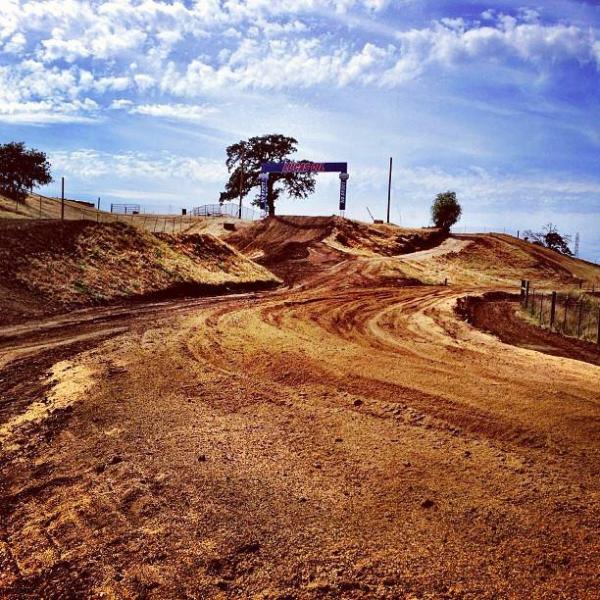 Can you feel it?
DC photo

Another dusty and road weary member of the crew longing for his time in the sun is Blake Wharton. The Texan has undergone a transformation with his demeanor and the most tossed around word throughout the club regarding “Blake the Snake” being “aggressive.”

A fellow lone star state man holding a lethal set of handlebars is Kyle Cunningham. His time has also come to move up, or move out.

Rising from the reddened earth of Oklahoma, Justin Bogle rejoins the pack in search of an identity. There are a couple ways to earn a name in an MC; both require getting your gloves dirty.

Sometimes an exile is needed for a rider to finally plant his feet on the pegs with authority. Zach Osborne has been nomadic in past years and has come home to cement his patch.

There are only so many seats at the table in any MC. This ride’s crop of prospects have blood in their eyes as they begin their journey. Feast or famine, the biggest story of the summer could be headlined by one of these four freshmen.

And so the ride begins. There is no feeling like putting yourself in the wind on two wheels. Solitude is the quintessential definition of motorcycle riding and in that fraternity, we are all members. But, motocross is a sovereign trade. There will be several winners at stops along the way, but only 1 percent of the pack will earn final victory at the end of the summer. The rest fall in line. If you listen closely you can already hear the thunder barreling down the highway. First stop, Hangtown.