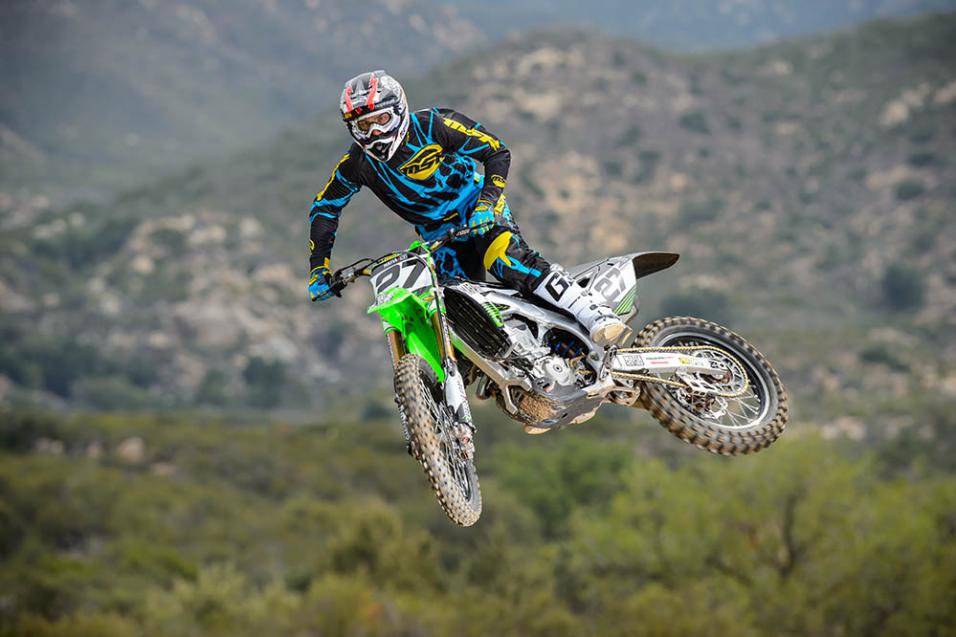 There is, literally, no quit in Nick Wey. After a wild crash last year at Millville sent his bike into the Spring Creek drink, Nick was left with devastating injuries to his hip and back. No one would have blamed Wey for calling it curtains on a pro career that began in 1997, but his love of the sport, and racing, is shining through. He’s healed up, and put his own effort together for this summer and beyond. Here are some details.

Racer X: It’s been a long time since we saw you on the track. But you’re coming to Hangtown this weekend. How’s everything going?
Nick Wey: It’s been a lot of work to recover from my injury that I had at Millville. I’ve been riding a lot and doing a lot of testing with Pro Circuit and Showa, and these guys are doing a lot of work for me, so I appreciate their help. Big Nasty and Mandingo Pickles are behind me 100 percent so he’s been working around the clock. And I have my dad here now so my neighbors actually put some new steps into the truck tonight. A lot of odds and ends stuff we’re finishing up this week. But, yeah, I’m excited about getting back to racing. Riding a Kawasaki again is awesome for me and I’m excited.

Physically how are you? Obviously you need to build up your strength. But physically on a dirt bike, you feel 100 percent?
Well, I definitely still have some strength for me to gain still but it’s a long process. The doctors say that I won’t be as strong as I was when I hurt myself until like a year after the injury. Obviously I’ve been working super hard to get back, but I know obviously the injury that I had was serious. I don’t want to lack strength so I’m putting myself out there to get injured but at the same time I’m ready to get back out there and race. I just need to continue doing my rehab so I’m strong enough to try to prevent another injury, I guess. 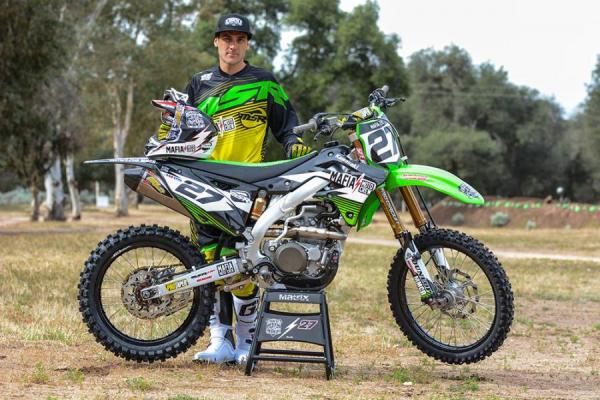 Nick and his ride.
Courtesy MSR

It’s all your own deal.
Yeah.

So all your old-time sponsors stuck behind you? It must be nice to still have that. I imagine no one told you no when you called and asked for support?
Obviously a lot of people are into sponsoring me with products and such. Right now in this particular industry it’s tough to get funding per se to make it make sense. But exactly what you alluded to, with MSR and Tucker Rocky sticking behind me, it makes a lot of sense for me to get back out there and try to sell some MSR stuff, like I’ve been doing over the years. Had Motosport.com come on, so that’s cool. And then Arnette and Gaerne. There’s kind of a whole list of folks that have stepped up to get behind me as well as a long time friend in Vaughn Smith who owns MMCR, which is Mid- Michigan Concrete Recycling. It’s a group effort of people making it work. And really I couldn’t do it without Big Nasty, my mechanic. He’s been working around the clock and I really appreciate him. Kawasaki helps me a little bit and like I said Pro Circuit and Showa has been testing with me a bunch. So, I’m excited.

Why come back? No one would ever say, he shouldn’t have quit. Everyone would understand if you did hang up. It was a pretty serious injury.
I don’t know, it’s just one of those things. I really enjoy riding and racing. The last few years I’ve surprised myself here and there as to what I can do, with my speed. I just feel like maybe I needed a little bit more support and maybe I could do this and that. It doesn’t really make a lot of sense to put a lot of money into your racing when somebody else who’s not doing that much for you gets the credit, to be honest with you. So I figure if I’m going to do it I need to do it right. I have, like, seven bikes. I’ve got six sets of kit suspension. I’m doing it the way it needs to be done.

Obviously I’m going to race this outdoor season. I realize that coming back from not racing for so long is going to be tough, but I’m going to stay in it. I expect to be top ten by the end of the series in the points. And moving into Supercross next year I feel like I’ll be back to 100 percent. I feel like I’m a better supercross rider but at the same time I’ve put a lot of preparation for this outdoor series, too. I’m looking forward to getting things going and chipping away at where I need to be every week. 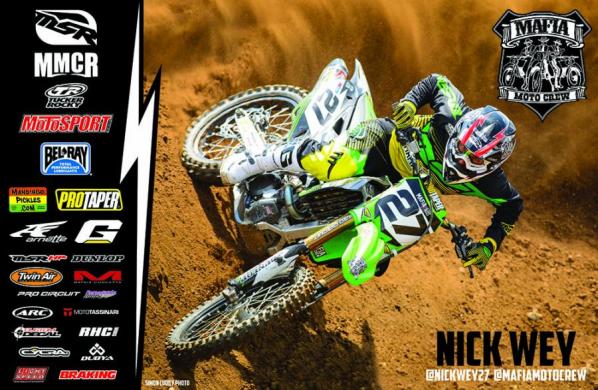 Get your autograph stock starting this weekend.

I’m not sure it matters how you do for the fans, you’re obviously coming back because you want to, first. But, I think you’ll be a popular guy in the pits. Your motorhome setup will be sweet. People will dig it.
I’m excited. I’m going to have some different stuff with my bike. I got fluorescence green plastic coming from Motosport. I’m into doing something that the fans will notice. I’m excited about getting back to the races and hanging out with the fans for sure and seeing what everybody’s reaction to how my setup looks. Obviously I’ve spent a lot of time with the design and this and that. I’m pretty excited about how clean it looks and everything’s pretty straightforward and pretty basic design, as you know as a model of my Mafia Moto Crew brands. Coinciding with the beginning of the Nationals I’ll have my MafiaMotoCrew.com live so people can buy stuff directly from the website, which will be cool. So I’m excited to get out there and mix it up with everybody for sure.