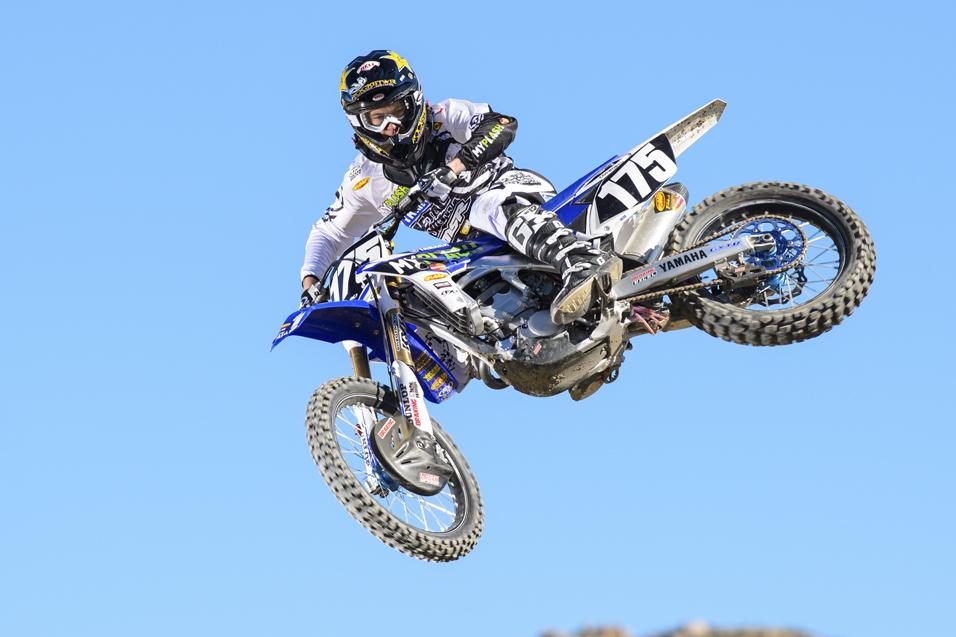 Advertisement | Advertise with Us
Hangtown Motocross Classic Rancho Cordova, CA Hangtown Lucas Oil AMA Pro Motocross Championship
In the 250 class, age is a relative thing. Somehow, 19-year-old Ken Roczen is considered a class veteran, having already traveled the world and collected an MX2 world title, and then learned the craft of U.S. racing last summer. The defending champion, Blake Baggett, and perennial title threat Eli Tomac are both just 20. While much has been said about the under-age-23 rule hurting competition in the MX2 class at the GPs, the truth is that the small-bore class is usually a young man’s game on any side of the pond, anyway, and that’s borne out by noting that of last year’s 250 National final top ten, not a single rider was over the age of 23, and only Wil Hahn and Marvin Musquin even hitting that mark.

But that’s doesn’t mean they’re young. Not with newbies set to infiltrate the class and make the likes of Baggett, Tomac, Roczen and Marvin Musquin look like elder statesmen. And unlike most seasons, when the rookie crop doesn’t show up until August, after the Red Bull AMA Amateur National at Loretta Lynn’s, this year’s top prospects are starting at Hangtown. We’re talking about the likes of 16-year-old Adam Cianciarulo and 17-year-old Cooper Webb, as well as relative newcomers like Jeremy Martin, who didn’t get a chance to show everyone what he could do last summer. Joey Savatgy will race his first national this weekend, and Zach Bell, last year’s AMA Horizon Award Winner, will be looking for a rebirth of sorts after a rough patch. 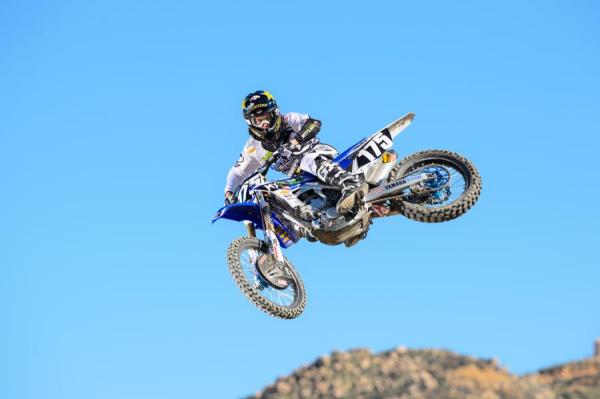 Wait. Bell is just 18, and he’s only nine months into his pro career. Does he really already need a reset? Yes, because crashes, crashes and more crashes have sapped much of the hype, and because things change quickly in a young man’s game like this. In fact, even Jeremy Martin, Bell’s contemporary in the amateur ranks a year ago, seems like an older fellow since he’ll be flanked by Webb in the Myplash/Star semi. Martin has raced two nationals so far in his career.

You don’t have to look far down the pit row from Bell to see how this works. His GEICO Honda teammate Justin Bogle was also a hot-prospect with a Horizon Award, and he also burst onto the scene rapidly as a pro, running up front at his pro debut at Unadilla, and then nearly winning the final moto of the 2011 season at Pala outright. Ah, but that was all the way back in 2011, which seems like eons ago (Dean Wilson was champion that year. You remember Dean, right?) and since then Bogle has been through a rough patch. The memory of his first few supercross races in 2012, where he mixed it up with Roczen for podiums lap after lap, seems to have completely faded. A knee injury ended any chance of outdoor success for Bogle last summer, and next came a wrist injury that ruined his supercross season this year. 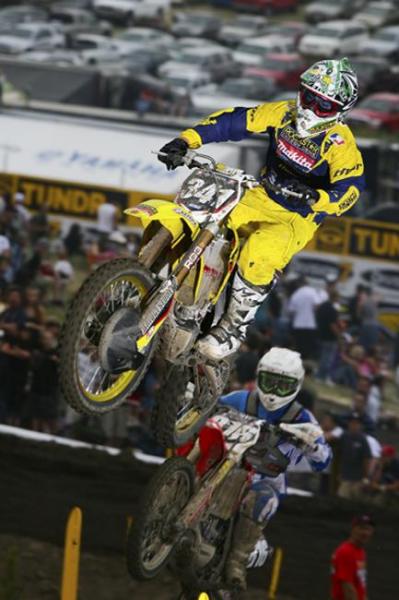 After taking home Rookie of the Year honors in 2008, Nico Izzi struggled before bouncing back a season ago.
Simon Cudby photo

Now Bogle, 20 months removed from an incredible debut at the pro level, is facing a make-or-break season beginning at Hangtown. Further, Darryn Durham will have to use this summer as his second career rebirth. The Pennsylvania kid, who shared the Loretta’s Horizon Award with PJ Larsen years ago, started with a factory ride with Star Racing, then faded off to privateer status, relaunched himself with spectacular rides on an Eleven10 Mods Honda, got picked up by the mighty Monster Energy/Pro Circuit Kawasaki team and won a supercross, only to get hurt and miss a year of action. For a rider like Durham, who will turn 24 in a few days, there always seems to be two personalities to interpret. Is he the fun loving kid who just likes riding dirt bikes? Or is he one who has learned to buckle down? As usual, results will be used to tell that story. And it won’t be easy. Remember, there are always fresher, younger, newer faces ready to mash their way into the crowded space around the podium. 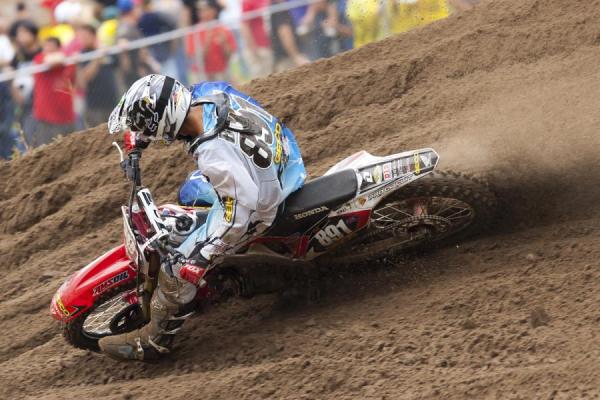 Since bursting onto the scene in 2011, Justin Bogle has struggled with injuries.
Andrew Fredrickson photo

Some are former phenoms who know how quickly the ground can fall beneath you. Zach Osborne was once KTM’s star amateur prospect, and an incredible run to the front at the Budds Creek National in 2006 (a generation ago, in 250-class proportions) cemented that he had the speed and talent to deliver. Unfortunately, he could only deliver for about 20 minutes, and then began and epic fade from first to 18th. Osborne suffered a variety of illnesses and ailments after that, until finally resurfacing in Europe and winning a GP. By putting in the hard work many didn’t think he was capable of during his ill-fated rookie season here, Osborne has transformed himself from the too-much-too-soon group to a rider of the seasoned, well-traveled, veteran workhorse variety. It’s a stunning turnaround, but he’s had a lot of time to do it. Remember, 2006 is a long, long time in the 250 class.

The Budds Creek track also hosted a similar tale for another once-red-hot prospect, Nico Izzi. Armed with a Suzuki factory ride right out of the amateurs (finding a spot in line behind none other than Ryan Dungey), Izzi’s sole shining moment at the Nationals is about 15 minutes of glory at Budds in 2008, where he outpaced the likes of Ryan Villopoto, Trey Canard and Ryan Dungey for about four glorious laps. Then, like Osborne, he faded back, finishing seventh. For the rest of the season, Izzi said the plan was to rework his training program so he could “Have Budds Creek speed for the whole moto,” but it didn’t happen that season, and it certainly didn’t the next, which he missed due to a gruesome foot injury in supercross. Soon Izzi’s career was also on the ropes. 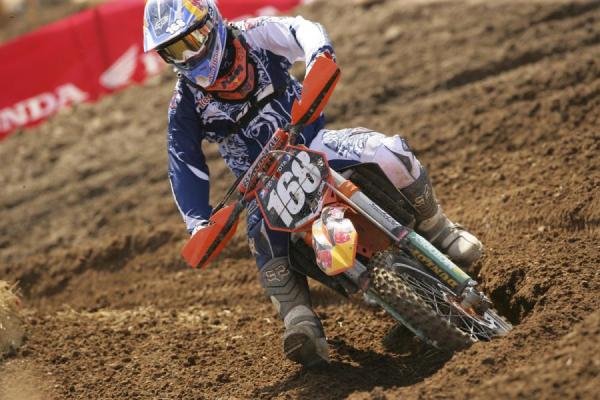 Like Osborne, it looked to have all slipped away for Nico, who was down to full-privateer status. It seems like those depths can work a rider over in two ways. At that point, the climb back up is so steep that it can be easier to just make a lateral move and step aside (on this subject, we are all still waiting for the comebacks of Jason Lawrence and Austin Stroupe to come to fruition, and if so, that’ll warrant its own entire column and a mountain of web space in our comments section below). For some, the view of the only life you know slipping away is pretty scary, and it relights the fire. It did in Osborne, who will surely be a front-runner this year, and reports are that it has done the same for Izzi. He missed this whole SX season with a torn ACL, but the Rockstar Energy Racing team says he’s flying in pre-season testing. But for Izzi and Osborne to grab podium real estate, they’ll have to grab it from riders now in the position they once where—some who are coming in on high, and some trying to stop a free fall. It’s a mash up of great proportion, with ultra-young and ultra-talented rookies against ultra-young and ultra-talented veterans, because it’s relative in this class, and the stories and speeds throughout the pack are amazingly similar. The results should be amazing.