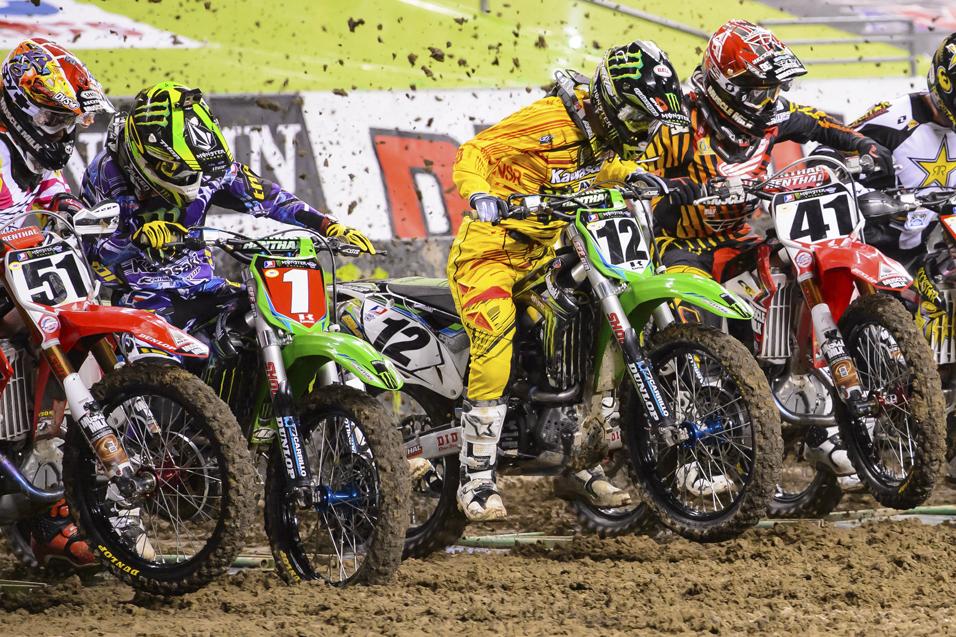 The Moment RV Stays Up

Now, it’s rolling his way, and just a few seconds of action off the start in Seattle displayed that. Off the line, Justin Barcia had the jump on RV, but then got a little sideways. His bike pushed into RV’s front wheel, and it looked like a sure bet the champ would crash. He was way sideways on his Monster Energy Kawasaki, but saved it because his momentum carried him right into Chad Reed’s Honda. They hit hard, with Reed careening off, hitting the ground hard. He was done for the night. Meanwhile, Villopoto straightened himself back up and never went down. As CBS TV commentator Ralph Sheehen said, “Villopoto did everything but crash, but instead it was Reed who goes down.” 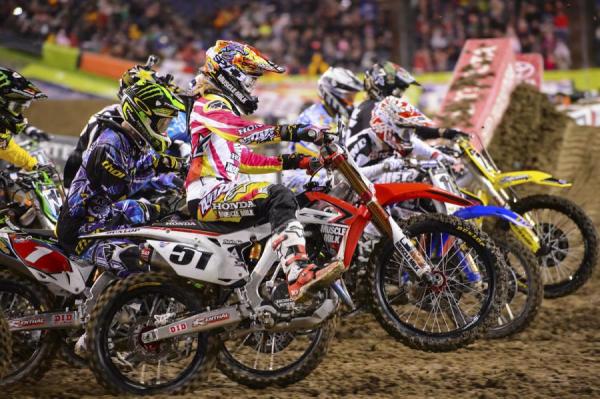 Somehow, seconds after his near crash, Villopoto rounded turn one in third place. Meanwhile, at the very moment he was saving it, Ryan Dungey and Josh Hill went down together on the other side of turn one. Not only did Villopoto avoid sliding to the ground and starting in last, but Dungey, second in points behind RV coming into the race, was now setup for a bad night. Dungey salvaged a fourth on his Red Bull KTM, but Villopoto picked up four more points on him in the process. Davi Millsaps is back to second in points, but Villopoto has a shot at wrapping the championship next week in Salt Lake City.

Had that first turn changed by inches, the entire complexion of the series could look different. Dungey could have made up ground on RV and been reasonably close heading to SLC. Instead, the champ is looking squarely at another championship. As always in sports, it’s a game of inches.