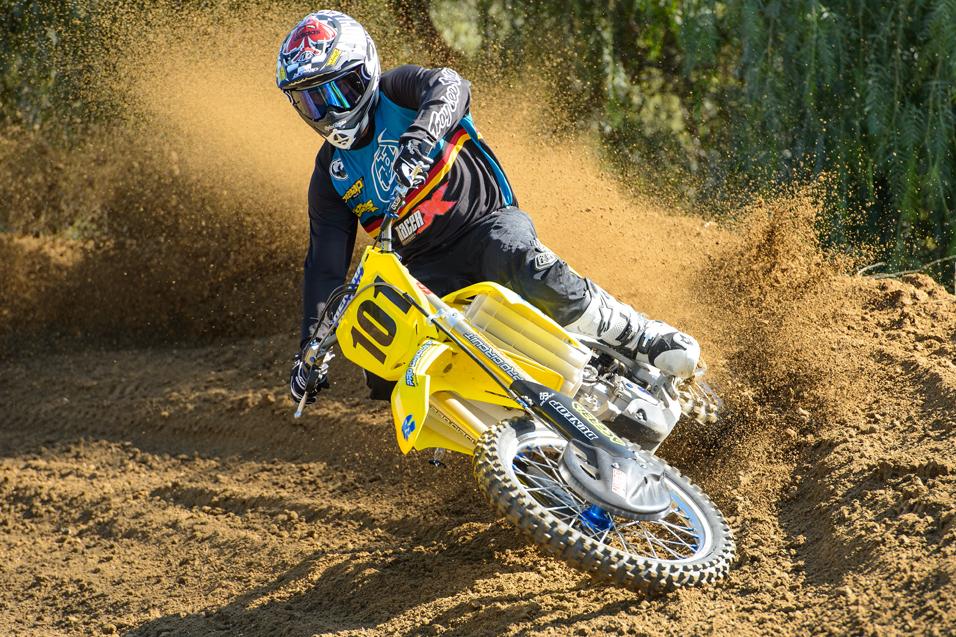 I am not a smart man but when I see something changing in motocross that might not be in the best interest for the sport I get concerned. I looked up the AMA National MX series and we now have Bristol and Larry Miller’s racetrack near SLC. They are clearly going to be manmade tracks and I would guess that watching the racing will be from the seats several hundred feet from the track making it nearly impossible to see any real action like we see at nearly all of the National tracks. Is this the direction MX is heading? Are we going to see all the great tracks like Steel City removed from the national MX series? Is this so they can bring in more people or control the people already coming?  Or is this someone’s idea to follow what NASCAR has done to become successful? I was thinking of going to Salt Lake City but if it’s going to be bleacher seating I will certainly pass and travel a little farther to see a real National MX Race.

I appreciate the concern but before you condemn the entire sport you should do a little research. First of all, Bristol, TN, is a track called Muddy Creek. It is widely known to be one of the better tracks on the east coast with arguably some of the best soil on earth. Their terrain is as natural as long hair on a hippie, and now they have Mark Barnett there making it even better. Their issue was parking but they have expanded and fixed that problem. One day with a big enough tractor and you can turn just about anything into a parking lot. Google rain forest destruction for specific examples. As for Miller Motorsports Park let’s wait until we see it before we decide it’s the worst thing to happen to the sport since the baggy pants craze. Everything at the MMP is first-class and I doubt this track will be an exception. Yes, there will be bleachers for people to sit and watch. But that doesn’t mean they are closing the infield down for fans who want to stand all day or bring a lawn chair and roam around. Lake Elsinore last year had the option of both. DC and his team are trying to do the best for the sport; you can’t question his intentions. Maybe these new tracks won’t be the best venues in the series, or maybe people will really like them. Just don’t write off a new track because it doesn’t fit into your definition of what a track should be.

With the recent technology changes with helmet design, and specifically 6D raising the bar, do you think other helmet manufactures will have to step up?

I understand that not everyone will have the coin to drop 7 large for the latest technology and the cheaper helmets will have their place.  But with other high end products like Arai and Shoei, do you think they will have to bring more to the table? Or is this going to take some time to prove itself. To see Eli Tomac, and Zack Bell get up after a header, and other riders without the 6D still getting concussions, makes me wonder.

I think the guys at 6D have completely changed the crash helmet paradigm. You can’t argue with the test results or even the idea of how it works. Their design addresses an issue that has been a problem with motocross helmets forever: They are too stiff on low to medium impacts. Not only did they find a better way to protect in that area but they even made improvement in high-speed crashes as well. Premium helmet manufacturers will follow suit. Brands like Arai, TLD and Shoei aren’t going to sit idly by while another brand advances motocross safety. They will have to come up with their own design ideas and change.

For teams like Troy Lee Designs, safety is a huge issue. They spend hundreds of thousands of dollars on race team equipment and riders and one crash can end the season for a rider. Troy has gone so far as to add to the riders contract that they have to wear a chest protector; no exceptions. They are fined each time they don’t. I’m not sure where safety gear will go from here but there is room for improvement. You have to tip your cap to the 6D fellas for changing the status quo in helmet engineering.

Great Q&A every week! It’s always very informative and entertaining. My question is about the racing line in Moto. In auto racing the fastest way through a corner is to follow the apex and carry momentum for a quick corner exit. The old Skip Barber "slow in, fast out" for quicker lap times. In Moto it seems like everyone dives into the inside of the corner, rotates the bike then gets on the gas. Wouldn't it be quicker to make a smooth line through the apex to carry momentum around the corner? Of course terrain like ruts, sand etc come into play more in Moto but physics still apply and a moving object is faster in a smooth transition. Just a thought. Thanks and keep up the good work.

Physics doesn’t change just because of the racing medium. The wide entrance allows you to carry more speed through the turn and subsequently carry more speed out of the turn as you drift wide on the exit. But road race courses are the same most of the time. Sure, some days it’s hotter than others and sometimes it rains and other days your leathers stink so badly your eyes water and it can be hard to focus on the race line at all. But motocross is just a different animal altogether. The dirt is perpetually changing, lines that were good one lap can be blown out the next, jump faces get rutted, bumps develop… you can’t punch in a formula and expect it to work when the equation continually changes. That’s one of the beauties of the sport. If you watch pro riders when a track is fresh and completely smooth you will see a lot of road race theory. They will enter wide, sweep through the apex near the inside and then drift wide out of the turn before setting up for the next corner. But once lines develop they are forced to adapt to the race line and go as fast as they can with the given conditions. Sorry, Valentino, but motocross will always be at an eleven on the cool meter because of that constant change. And eleven, you know, it’s one better than ten.