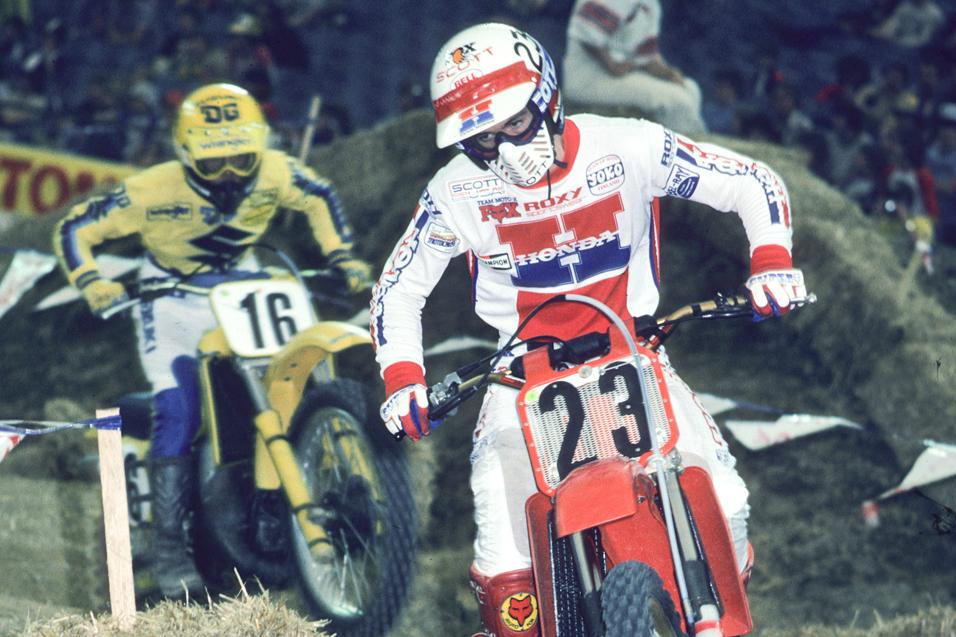 January 16, 2013 4:00pm
by: Steve Matthes
Angel Stadium Anaheim, CA Anaheim II (A2) Monster Energy AMA Supercross Championship
Our Top 30 Supercross Racers of All Time Countdown definitely sparked some heated online debate. Maybe we don’t know what we’re doing, but one man who does is certainly 1983 AMA Supercross Champion (and number fourteen on our list) David Bailey. After all, the Little Professor inspired this list—he originally ranked the Top 25 Supercrossers of all time in the pages of Racer X Illustrated back in 1999. We used that piece for guidance in this year’s list, so we figured we’d check in for his thoughts.

Racer X: David, this countdown sparked a lot of emotion among fans and riders. One of the hard things for us, the people who helped choose the rankings, was the eye test versus the record books. For example, I thought David Vuillemin should have been closer to the front because at his peak, he beat Jeremy McGrath and Ricky Carmichael a few times. That’s two of the very best, but I lost that one. What, in your opinion, are the criteria one should use when making up a list like this?
David Bailey: My feelings on the ranking are that it's impossible to do, so I'm not too emotional over who ranks where. As far as what to put more emphasis on, to me it's more the impact the rider had rather than how long he was out there. Some riders have had the ability to last a long time and still have an impact, like the Wards or Kevin Windham, but I'd probably lean a little more to the guys who really made you stand up and cheer because of their sheer talent and ability to win. Pecking order aside, I appreciate that Racer X decided to give us something to remember and reflect on and to stoke us for the Anaheim opener. It's a great group of riders to celebrate and a cool history refresher course. 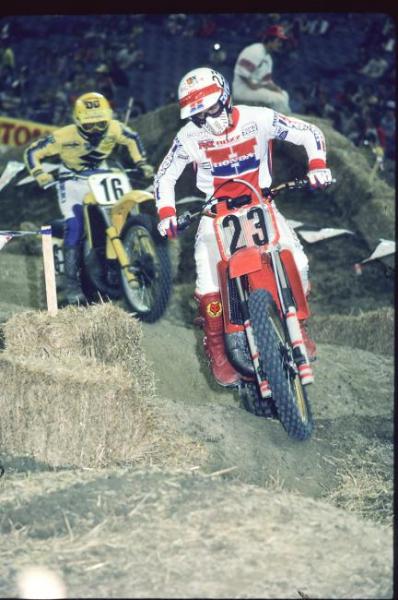 I was talking to Jeff Ward and he thought we may have blown it with Jean-Michel Bayle. Jeff thought JMB should be closer to number one. But JMB himself said that he shouldn’t have been lower than you, his hero. Bayle was a hard one for us to debate. What are your thoughts on him?
JMB is the perfect example of a shorter career but a rider who had a big impact. He looked like he was reading the paper as he carved his way past great riders. He came and went and won everything. I can see Wardy's point. Jeff could raise his game and match anybody, but on certain days Bayle was untouchable and looked effortless. He didn't have the Ken Roczen or James Stewart-type flash, but he did have that Magic Johnson no-look-pass Larry Bird buzzer-beater-shot-off-the-glass-type flair! He definitely left his impression. To think he looked up to me is hard to even put into words.

We put you at number fourteen on the list. As objective as you can be, how’d we do?
I'm happy with it. I like #14 and that RFK picture you ran brought back some memories. There are great riders higher on the list and some really great ones behind me. I'm happy to be on the list. I used to wait for UPS to deliver Cycle News on Thursdays to see what happened at Anaheim and study all the black-and-white pictures. I dreamed of what it would be like to be in the mix. I wouldn't get to see it all in color until the series came through Atlanta and Daytona, and I didn't miss a thing knowing someday I'd be on the line. My dad, Gary, helped me prepare, and I hit the ground running when I holeshot my first ever heat race in a SX and made the main.

I went through a drought after that, kind of a welcome to the big leagues, but I worked really hard on my riding all day, every day, until I could sit on the starting line knowing I could win unless something weird happened or I just didn't ride well. That was a great feeling. I was a fan of the sport from the first time I saw it, and it never wore off. I used to just drive my rental car to the stadium and sit in the stands while John Savitski built the tracks. I can still smell the dirt and hear the dozer tracks and visualize that bitchin' light down on the floor. I loved it.

There was some heated debate and controversy about Bob Hannah at number three. Your thoughts on that?
I doubt he cares. He did it his way and knows where he stands. To me, Hannah was so badass and so cocky in his day he that he was supercross! He would say hilarious stuff that was dead on, and no matter how gnarly it was you couldn't argue it because he'd go out there and back it up. His perfect nickname, clutch fanning, lightning bolts, SCOTT boots, duckbill visor, ski-jumping style, butt patches, and personality were all revealing of his character and what got me fired up about racing. He made winning look like a good drug, and I wanted some. I was a huge Marty Smith fan, but Hannah won me over after a while with his sheer speed and determination. I saw him nearly crash but somehow not crash so many times. You'd just scream and laugh at the same time and turn to the person next to you, like, 'Did you see that too?'

He was in many ways a combination of Michael Jordan, who always played his hardest and hated losing, and Muhammad Ali, with his ability to phrase things that made you laugh and pay attention and also realize he was very intelligent. I'd like to add that, for whatever reason, Bob spent a little extra time with me when he was in his prime on Yamahas and again when he signed with Honda in 1983. He went out of his way and didn't have to. It helped me, and I'll always appreciate that. I have a lot of riders to thank for their inspiration, but Hannah and then Johnny O'Mara really made it special and helped me stay focused on the best I had to offer.

Anyone come to mind that we might have missed? Perhaps a rider whose skills at SX stood out for you in your day?
By mentioning anyone, I risk leaving somebody out I'll remember later, but I suppose guys like Micky Dymond or Damon Huffman, maybe [Jeff] Matiasevich could be considered. Those guys were amazing and had their runs. Mike Craig blew some minds a few times, but where does it end? You can always add riders after the fact, but this is a nice start to remembering some of the best and keeping the new kids informed on who paved the way and a sample of how they did it.