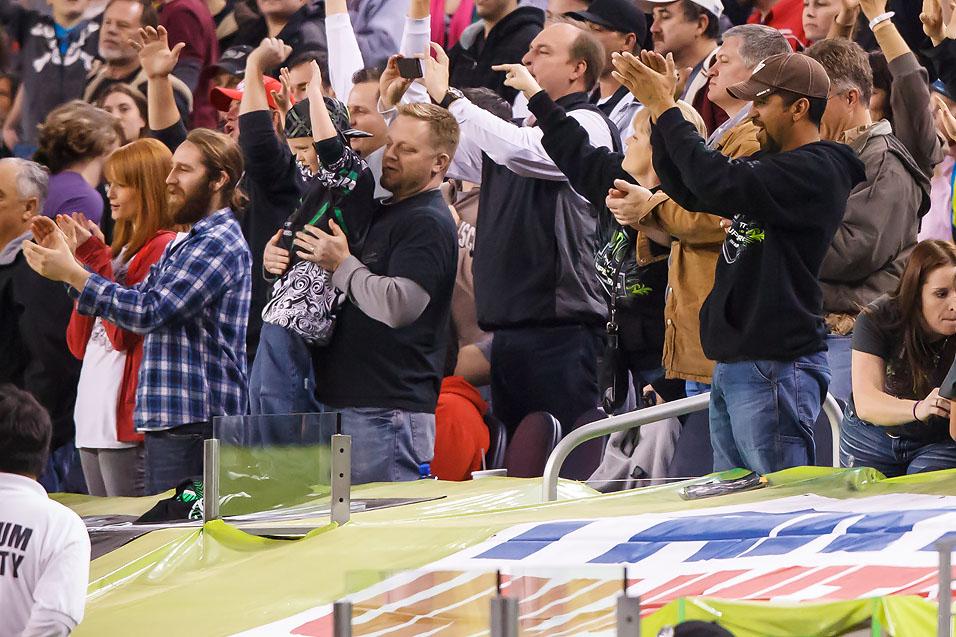 Before magazines like Racer X Illustrated and regular TV broadcasts of races, Broc Glover, Jeff Ward and Rick Johnson stood among the dozens of riders that fans loved and idolized. In those days, you had to finish in the top to even be known by motocross fans and winning races brought the glory. The occasional TV broadcast of a race’s highlights only solidified their place in fans’ hearts. Anyone who finished below fifth may as well have not even existed when it came to recognition.

The best way to know about your favorite rider was to attend a race in person. But with races all over the country and often in fairly remote locations, most fans were only able to go to one race a year at the most. Even then, you weren’t guaranteed the opportunity to get to meet a rider, let alone get a decent conversation with them.

If you attended a supercross race in 2012, however, at least one Nick Wey or Jimmy Albertson fan probably walked right past you. Neither rider has finished a season in the top 5 in the past 5 years, but they each still hold dedicated fan bases in the motocross community. 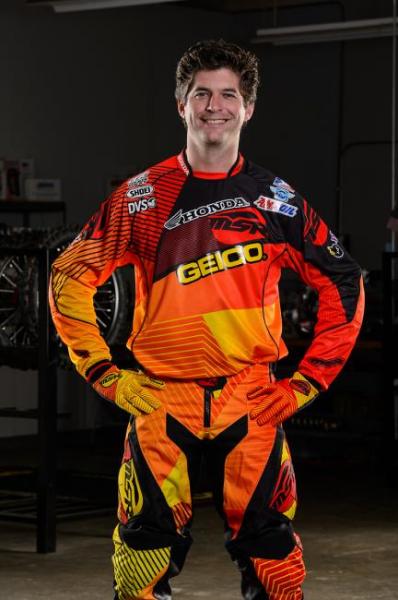 Riders are given so many more opportunities to reach out to their fans in the age of technology. Just before the turn of the century, Racer X Illustrated was founded as underground newspaper for the moto masses.  Transworld Motocross followed suit, forming in 2000. Both magazines let riders get their name printed and distributed to the masses.

With more publicity came more demand. As the sport’s fan base grew, broadcasters picked up the rights to races. Recaps and highlights of races on TV became more prominent, allowing fans to see their favorite riders in action. TV broadcasts brought rider interviews with it. Though magazine articles occasionally allowed fans to get a glimpse at what riders’ personalities were really like, TV let fans see the interviews and decide for themselves.

Then, the internet broke into the world market. As computers became more common in households, riders began to get more mention. Forums and chat rooms came into the scene. The lesser-known riders began to get more mention. Websites for riders, teams and media allowed fans to get immediate updates and access to tons of behind-the-scenes information.

Now, riders can call in to online radio shows and be guests on podcasts. They can post blog entries on their websites or talk with fans through Facebook and Twitter. They can even share photos of their day-to-day activities through Instagram. With online media, social media and live TV broadcasts, motocross fans have come to expect new content on their favorite riders every day.

But is all this exposure a good thing? For riders who aren’t seeing top results, it definitely is. Tucker Saye and Derek Anderson got sponsorships and a full-fledged web video series when they signed on with Driven to Ride, a program that played to the fans. Riders like Bobby Kiniry and Kyle Regal are able to attract bigger sponsors and get better rides thanks to the media.

For the top guys, however, media exposure is a double-edged sword. Look at Darryn Durham, for example. A relatively unknown rider to the masses, he came into the 2011 outdoor nationals as a privateer and rode in the top-10. Because of extended media, people were able to see Durham as he raced and, soon enough, he had a following.  Sure enough, after the season had ended, he was offered a contract with the Monster Energy/Pro Circuit/Kawasaki team. 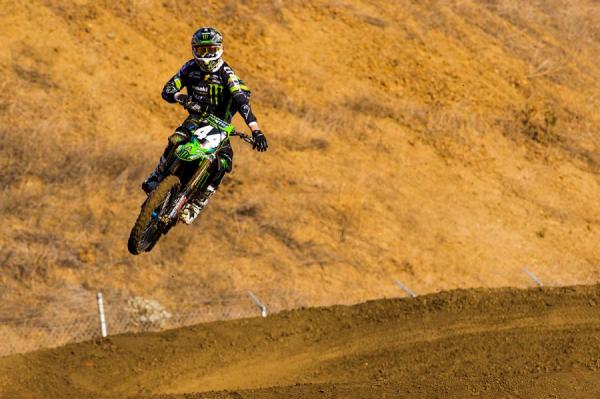 Darryn Durham is one of many young riders who will have to mix results, personalty and sponsor obligations to create a name for himself.
Monster Energy/Pro Circuit/Kawasaki photo

With his new contract, though, came new responsibilities. He attended media training, along with his other teammates, where they learned how to do a podium interview that represented their title sponsors the best. He learned to answer questions while mentioning Monster Energy, Kawasaki, Thor, Dunlop and a handful of other sponsors at the same time.

Fans criticize the team constantly for their “robotic” and “uninteresting”  podium interviews. For some fans, riders get judged by their interviews. If they have a unique, interesting or otherwise entertaining interview, they’re praised and considered a good person. If fans deem the interview impersonal or boring, the rider’s fan base sees a sudden drop.

The point is, while Durham got a better ride out of his media exposure, he also walked into a precarious situation. He proved in New Orleans after getting his first lites win that he can mesh his sponsor duties into an interesting and insightful interview.

Fans can choose their favorite riders off of so many things now. Some fans love James Stewart now that he’s riding a Suzuki, while others suddenly lost all faith in him after he couldn’t get the Yamaha to perform up to his standards. Others love Kevin Windham because of his fun, carefree attitude in the sport. If you ever visit the Geico Honda rig and Windham’s there, you’ll almost always see him talking and interacting with fans.

Very few fans choose their favorite riders based 100 percent on their results anymore. The fact of the matter is people want to know about the rider. If someone finishes consistently in the top five, but is a total jerk in person, you’ll see that rider’s fan base is miniscule in comparison to other riders. No one wants to cheer on the mean guy.

Whether the moto community likes it or not, times are changing. As riders become more public with their personalities and day-to-day lives, fans will pick and choose who to support based off of what the riders share.

Most enthusiasts like it this way. If they didn’t, the riders and media coverage wouldn’t be nearly what it is today. Fans like being able to know what a rider is like off the bike without having to be a full-time journalist or part of the industry. Never again will riders be able to build a fan base without somehow connecting with the moto community. Video featurettes by media organizations like Vurb and Racer X provide the next step in fan-rider interaction.

Before you know it, teams will be auctioning off a dinner or a round of golf with their top rider.