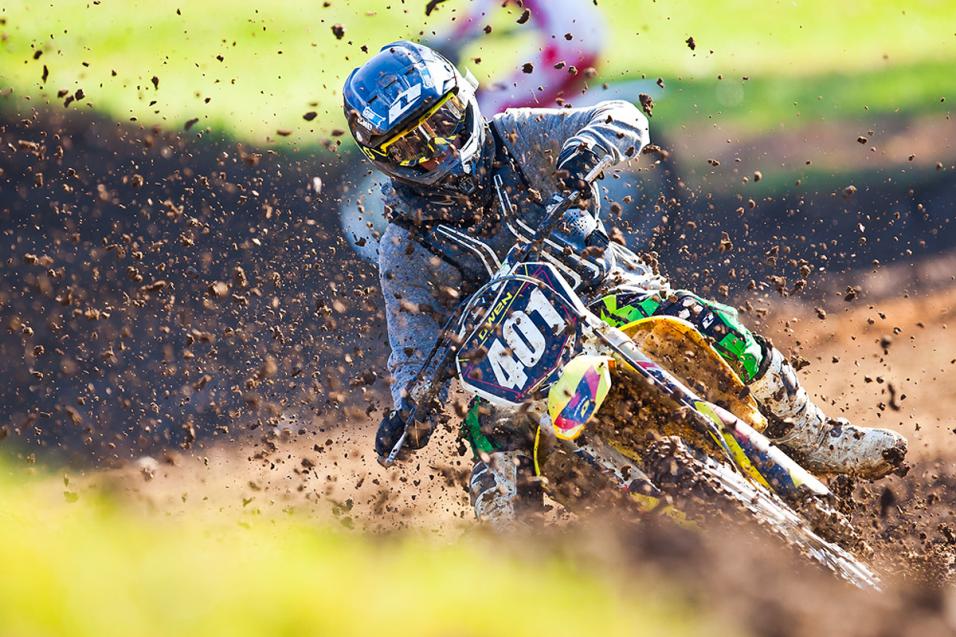 While pro riders are finding good deals hard to find, top teams are at the same time mining the amateur ranks for talent to set their pro teams up for the future. Unfortunately, amateur Jace Owen has found himself out of that loop, and after several years with support from Suzuki, had to go it on his own at the Mini Olympics. He fared well, though, and put himself back on the radar for more support. We talked to him for this week's Privateer Profile.

Racer X: How’s it going, Jace?
Jace Owen: It’s been going pretty good. I used to ride for Rockstar Suzuki. After Loretta’s, I’ve just been doing my own thing. I have a couple of Suzukis of my own that I’m riding. At Mini Os, supercross went pretty good. I almost got one championship, but ended up making a few mistakes and losing it on the last lap, so I got second. That was in 250 A and then in 250 Pro Sport, I ended up coming up through the pack a little bit and worked up to third and I ended up crashing on the last lap and got fourth. Then in both the 450 and the 450 Pro Sport, I rode it on my 250 and I got fifth in both of those. So at the end of motocross, I was feeling pretty good and I was excited for that. In 250 A, I was second out of the gate, behind Cooper [Webb], and we had a pretty good race for the first half of it. I just made a few mistakes and bobbles and ended up losing time, but I ended up getting second in that one. I holeshotted the 450 A moto, but I ended up getting third in that. I’m new riding the 450, I haven’t ridden it too much yet. I’m still trying to get used to the power and stuff. Track was still pretty rough, so I ended up fading a little bit. But I still managed to get third in that. 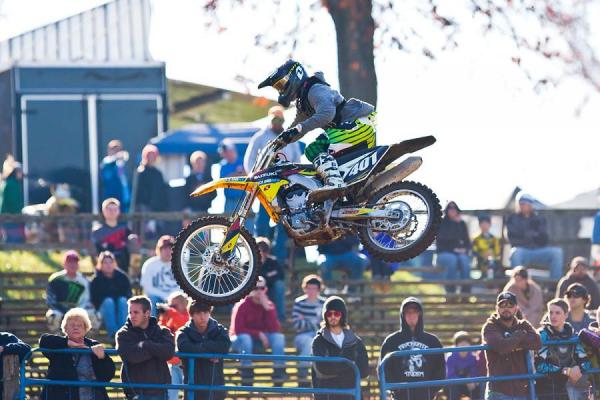 After several years with Suzuki support, Owen is now on his own dime.
Andrew Fredrickson photo

You used to be supported by Rockstar Suzuki. So are you footing the whole bill yourself now? Are you riding your own bikes? How does that work?
I went out and bought a 250 and a 450. My bikes are alright, but I think if I could go out and get some more support or get another good factory amateur ride, that I could get back up there and be the guy again.

How much harder is it to do it on your own now? You’ve had the support before, now you’re doing it on your own.
It’s definitely a lot harder because before, the team always brought your bikes to the races and did everything for you, so really all you had to do was show up. Now, you’ve got to go out, get the bikes, get your motors done, get your suspension done, get everything done and get the best equipment you can get. All these top amateur kids are riding for factory teams. Their bikes are really well equipped. It’s definitely harder, but at Mini Os, I feel like I made a pretty big statement. I’ve been doing it on my own now and I’m just going to keep plugging away and hopefully something will come up.

So what’s the plan after Mini Os? Have you had people coming up to talk to you?
I’ve been talking to a few people. I feel like me doing well has definitely helped me out. I feel like I’ve opened a lot of peoples eyes up. There’s a couple teams that have come talked to me. Hopefully, I can end this week strong and get something signed and get back going on the right track. 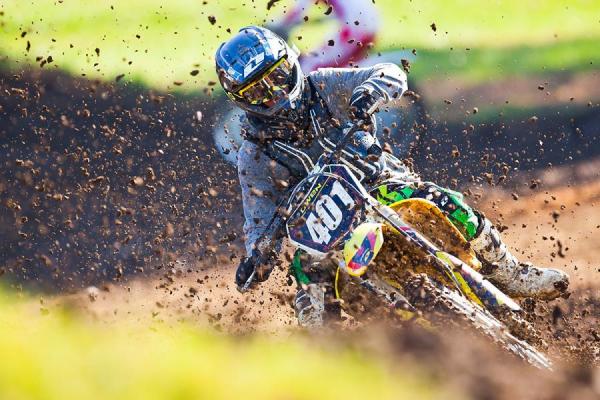 Owen could make his pro debut after Loretta's next year.
Andrew Fredrickson photo

After Mini Os, what’s the plan? Are you going back to Loretta’s? Are you going pro?
After Mini Os, the plan is to go back down to Club MX. I’ve been down there for the past couple of months and it’s an awesome training facility. All the people are awesome down there and they’re the ones who are getting me back on track and getting me where I need to go, and where I belong. I’m going to go back there after this and ride a little bit, then go home for the holidays until after the first of the year. After that, I'll head back down to Club MX and just start training and working my butt off and getting ready for the spring nationals and hopefully go there and do really well. Then, after that, train and get ready for Ponca and Loretta’s. Hopefully, after those races, if I don’t have a pro ride yet, hopefully I can get one and ride the last couple of outdoors.

Who’s been helping you out? You said Club MX, but who else?
Well, first I want to thank my mom and dad for sticking behind me. I couldn’t do it without them. They’re the main people who have gotten me to where I am today. Then Club MX, Monster Energy, One Industries, Alpinestar, Leatt, Renegade Fuels, Tag and Dunlop Tires.