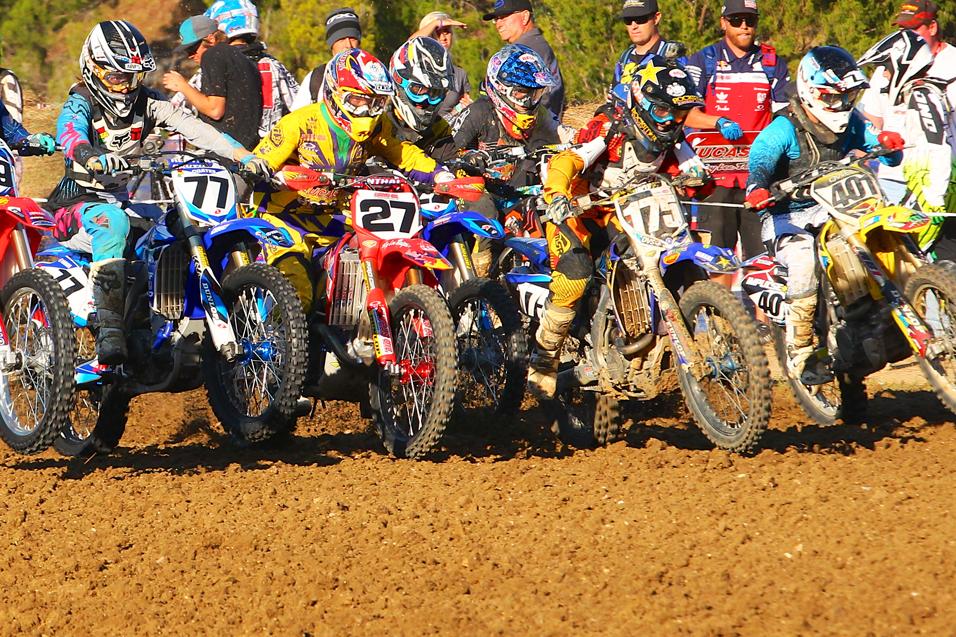 Advertisement | Advertise with Us
I've been involved in professional motocross at a variety of levels for over a dozen years now, but it was quite an eye-opener attending the Mini Olympics Amateur National for the first time last week. This event is huge. On the track, the event gathered more than 2000 entries. Off the track, the food vendors resembled something you'd see at the state fair, and each night featured some sort of scheduled entertainment—be it karaoke, contests, or the Miss Mini O's pageant. Kids are everywhere having fun ripping around on golf carts, scooters and mini bikes. Parts Unlimited brought in a semi truck that sat there all week in the front vending spot. I wasn't sure what its purpose was until Thanksgiving Day, when they had a free meal for everyone. The teams really step up for this event with semis, parts, mechanics and full race teams looking to bring home the titles.

I was most impressed by the high-end set ups so many of the racers were running. There were hundreds of "mobile mansions" set up around the pits, loaded with bikes, parts, gear, food, race gas and just about everything you could imagine. Mini O's is a great place to be if you're serious about amateur racing or just need a serious dose of motocross when the weather is starting to turn up north. 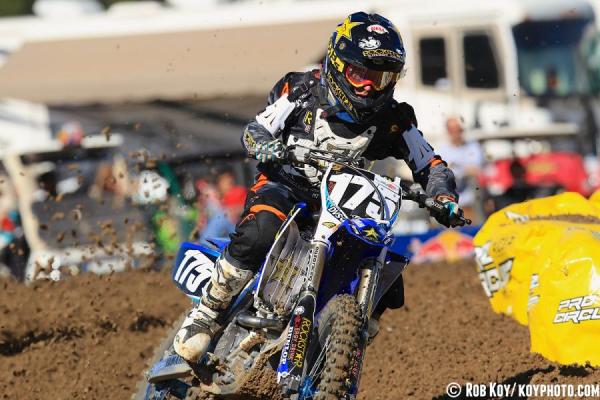 Cooper Webb was the star of the A Class at Mini O's.
Rob Koy photo

It's very clear that Team Green Kawasaki, Factory Connection/Amsoil/GEICO Honda, KTM, Suzuki, Yamaha and other teams put in serious effort scouting their riders, and it has taken events like this to another level. You don't often see surprise, unknown riders snapping up titles in the B or A classes anymore, as the top spots belong to the riders groomed by the big teams. The only rider I met all weekend that wasn't factory supported but had a chance at winning in a top class was Club MX's Jace Owen. Owen was once with Rockstar Suzuki, but was racing on his own dime at the Mini O's, and he really impressed me from the first gate drop by running up front and giving the factory guys a run. Based off of what I saw, and his results, someone will be picking him up soon—he is the real deal. The point is, no matter what kind of support a rider receives, you can't buy the will to win.

The big winner of the week was Star Racing/Rockstar Yamaha's Cooper Webb. He won six out of eight possible titles, and almost every time I looked, he was leading the A class races. Webb clearly did his homework preparing for this race and has excellent support from Yamaha. It wasn't that Webb ran away from everyone, it was more of a combination of good starts, staying out of trouble and consistent fast laps that helped him win titles. Lucas Oil/ Troy Lee Designs Honda's Shane McElrath stole some moto wins and two titles from Webb and had the speed to win more races, but everything just didn't click for McElrath as well as it did for Webb. Other notable riders grabbing some wins were Yamaha's Paul Coates and Kawasaki's Thomas Covington, but they lacked the consistency to be up front every moto.

In the B classes, Factory Connection/Amsoil/GEICO Honda's Jordon Smith completely dominated the field and nearly carried a perfect score throughout the week. The B class is rebuilding now that the likes of Webb, McElrath, Bisceglia and Cianciarulo (who missed the race with a shoulder injury) are in the Expert ranks, and Smith has established himself as the Intermediate to beat for the next year. He revs it in the air over the jumps just like Justin Barcia, which makes him fun to watch. Even if he didn't get the holeshot, it was only a matter of time before he was out front and pulling away for the win. His lap times were right up there with the top A riders and there is no doubt he is a future star. KTM's Bryson Taylor got his first Mini O's win and was riding great all weekend. When all was said and done though, no one was any match for Smith. 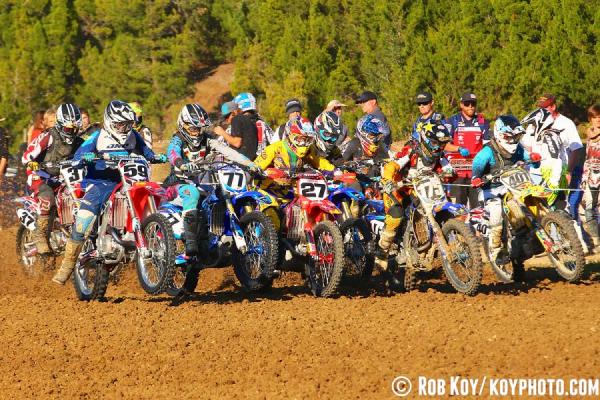 The A Class featured a ton of heavy hitters.
Rob Koy photo

In the mini bike classes, a lot of talk centered on KTM's Jordan Bailey, but there were many great mini riders riders taking home championships like KTM's Broc Papi, Kawasaki's Austin Forkner, Suzuki's Mitchell Harrison, Suzuki's Ashton Hayes, Yamaha's Chase Sexton, and KTM's Enzo Lopes. Other notable mini riders were KTM's Dylan Greer, Kawasaki's Tanner Stack, Honda's Max Markolf and Kawasaki's Garrett Marchbanks. All of these riders are filled with talent to make it in the big leagues and only time will tell if the puzzle pieces fall into place in the next couple years.

The Vet classes were pretty stacked, with former pro riders filling the gates. KTM's Mike Sleeter won three out of four possible titles in the plus 25 and plus 30 classes. He almost won a fourth title, but a small mistake at the end ruined his chance. Only Yamaha's Mike Sandoval was able to stop Sleeter from a perfect score, by winning the plus 25 Class on the motocross course. Suzuki's Barry Carsten continues his long motocross career and added two more titles to his resume by winning the plus 45 Class.

With over 2000 rider entries, qualifiers in almost every class were the norm, and races started at 8 a.m. sharp and ended at dusk each day. Even still, many expected the racing to spill past Saturday's schedule and into Sunday, but the quick work of the staff and shortening some laps allowed the event to finish on time. The track, too, certainly took a beating with that many riders in that many races—it's all a sign of how big this event, and amateur racing in general, has become.