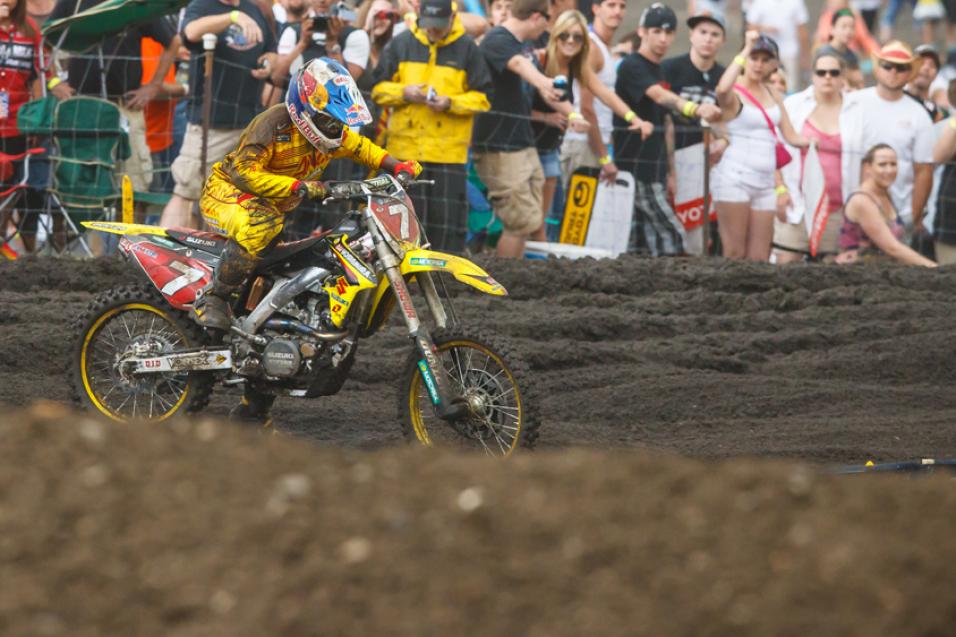 We already know the crash ended Stewart’s win streak and puts him in a giant hole in the points standings. We also know it could be worse—James hurt his wrist in the crash, and Suzuki Team Manager Mike Webb said that wrists are always hard to diagnose—it could be painful and not be broken, or feel fine and be broken, or any combination of that. You just never know at first with a wrist, but hopefully we’ll have an update on James’ condition soon.

As for the crash, it has already been discussed like crazy over the last 48 hours. A photographer walked out across the track just as James was coming over a jump, and Stewart ultimately crashed in that section. Now the series has been totally shaken up. For anyone left who hasn’t seen it, here’s GoPro footage directly from Stewart’s helmet. No doubt it was The Moment that changed the race, or, possibly, even the season.