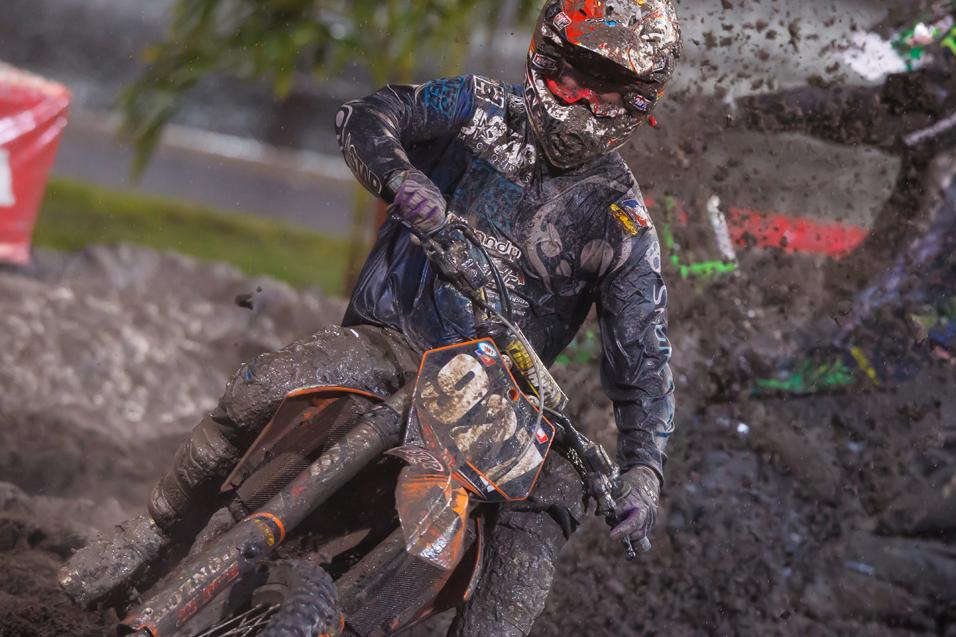 Hello everyone! I know, I know, I've been off the map and Daytona was a few weeks ago, but I'm back on track, and I will be back each week that I can, writing, The Breakdown. I look forward to it each and every week. With that said, let’s break down Daytona, a true man’s track, and see what we can learn.

The first thing that comes to mind in this picture is how clean Blake Wharton is compared to everyone behind him. Having ridden my fair share of mud races, I can say that come hell or high water, you need to get a holeshot when it's muddy. Regardless if you’re fifth or thirty-fifth, your vision is going to be horrible. If you don't get the holeshot and you’re in, say, third, well I would hang cable to try to get in the lead ASAP so I can have clear vision. 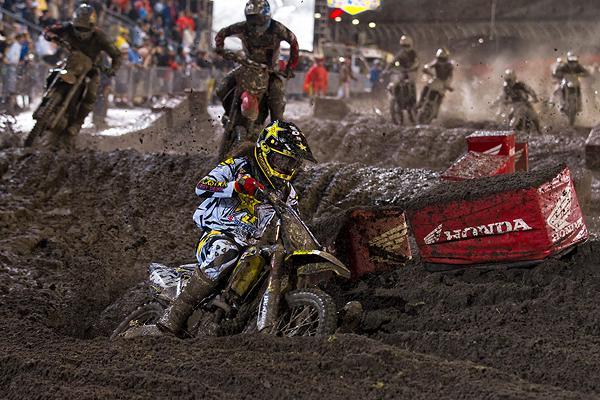 Look at PJ’s head here. I always say the head dictates how much or how little you want the bike to lean. But in this picture PJ goes against everything I teach. Is it wrong or right? The answer is right! You see, this is a left hand turn. Typically you would tilt your left ear to your shoulder at this point of the corner so the bike will lean at the correct angle. This way you can make the corner without going over the rut. But notice PJ is leaning opposite of what I said. The reason this is correct is because in mud you have to be careful with leaning the bike too much. He had the bike leaned over enough before this picture was taken to make the turn. He leans his head the opposite way to counter his weight. Too much weight to the left and the bike can very easily slide out in the mud. A lot of basic rules are reversed when racing in the mud. 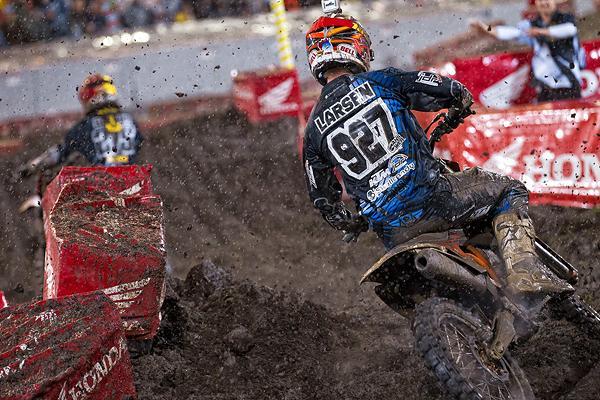 I've written before about the head and leg. But for some of you that didn't catch some of my original columns of The Breakdown, I will re-teach this.

Most of crashes in corners happen between halfway and three-quarters around the turn. With that said, you really have to focus on your technique and look at your line. The reason for so many crashes is because that's where the line gets messed up the most. Either from someone coming in too hot and blowing it out or someone gassing it too hard too soon, leaving the corner, "burm-enated."

Now notice Mookie in this picture. His elbows look good; nice and pointy, typical Stewart style for both boys. But look at his mouth guard, see how forward it is. It doesn't need to be past the crossbar, especially in mud. By Malcom doing this, it automatically drops his leg. I don't care who you are, if you’re in a turn it’s impossible to keep the leg locked and high if your head is over the bar pad. This puts additional weight to the front end, making it more prone to tucking or washing out. Mud is like sand, it's all about keeping that front end as light as possible! 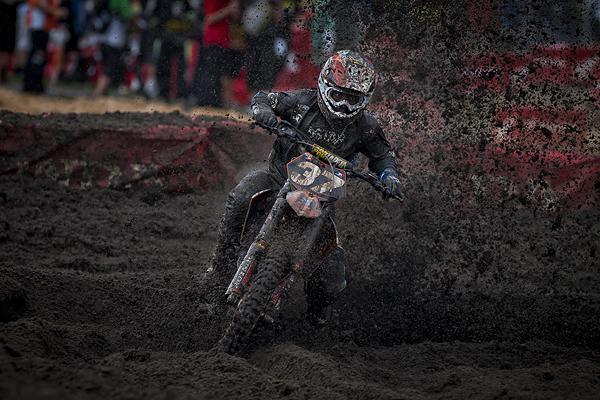 Speaking of keeping the front light, let's look for some more pictures of riders doing just that.

You see how inverted PJ is here? That's good. You don't want to land front tire first, you want all of your weight landing on the rear. The rear, as you know, is fixed, meaning it only spins around. The front tire pivots left to right and if you land front end first in mud, you will know just how far those bars will move left to right! Seriously, the more inverted you are the better. Even landing both tires at the same time is sketchy because it clogs your pegs with mud. If you land like PJ does here in this picture with the throttle on, your chances of not crashing are a lot better. 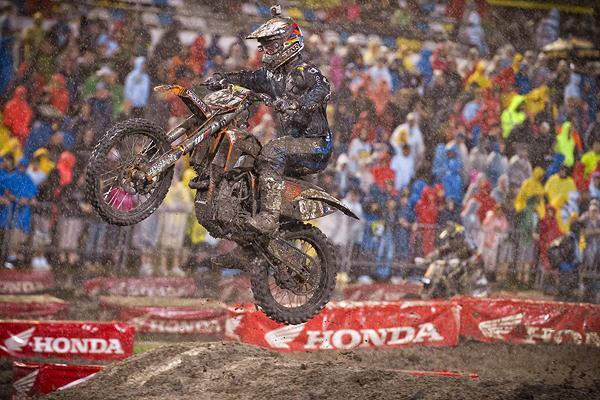 On this last picture I choose to show RV. This is what I was talking about with PJ and keeping the front end up high. RV is going through the rollers. He has no idea what's underneath that water. Nor does he want to find out. So he uses his throttle to control how high he wants the front tire to be. When he is past the water and back on mud, he puts the tire down and repeats the process. Again, he is allowing the rear tire to take all the risk, and is keeping the front out of trouble. When the front tire gets in trouble, you get in trouble. Also, notice RV's head. Once he gets the front tire as high as he wants it, his weight shifts from the back fender to the position you see here allowing him total control of the bike.

Think about that before your next ride! 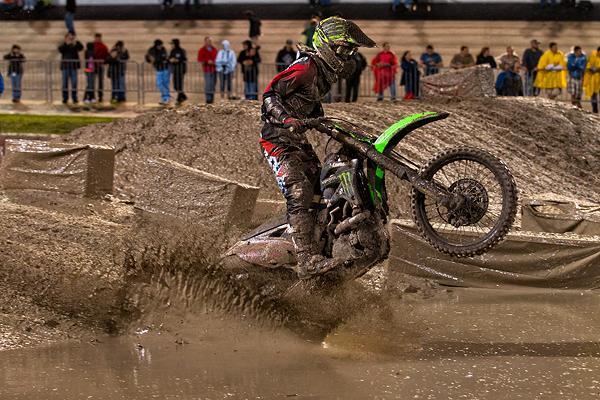 On a side note, everyone knows that I just opened my new track and training facility, MotoX Compound, in middle Georgia. On the next Breakdown, I hope to share some cool photos of my facility from our photo shoot next week. MotoxCompound.com will launch in April.

Thanks again and be safe,