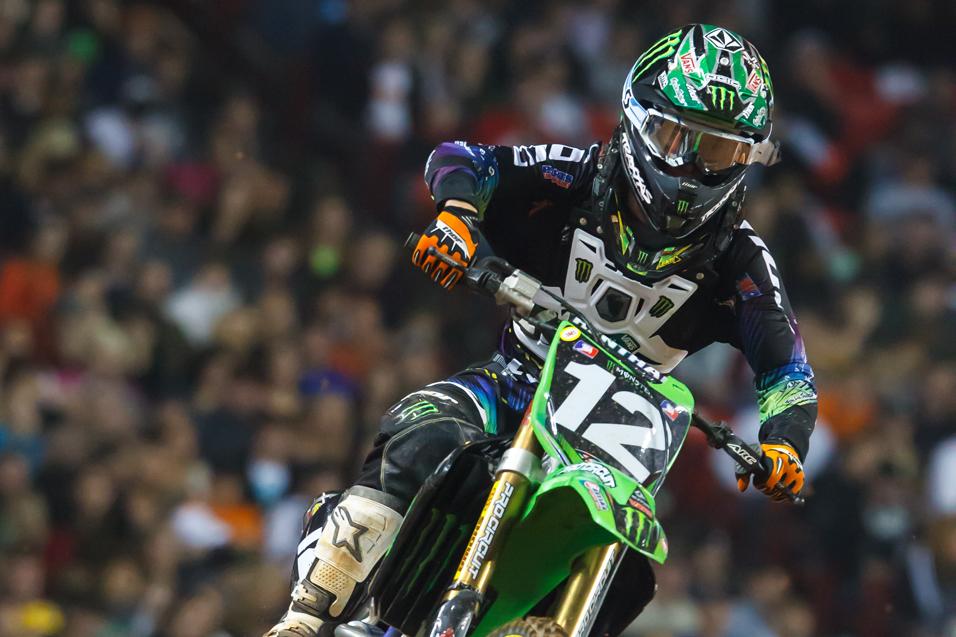 Advertisement | Advertise with Us
Georgia Dome Atlanta, GA Atlanta Monster Energy AMA Supercross Championship
Blake Baggett was a favorite for the East Lites SX title, until the Monster Energy Pro Circuit Kawasaki rider had an all-around horrible day and night at the Dallas opener and finished 15th. He rebounded to take second on Saturday in Atlanta. What went wrong in Dallas? What went better in Atlanta? We asked Blake and got an answer. Kind of.

Racer X: Is this more of the Blake Baggett we should expect here, getting on the podium? Where was that Blake Baggett last week?
Blake Baggett
: I don’t even think he was there. He didn’t even get a flight; he stayed at home.

But is the regular guy here again now?
I think he was here for racing but he was late for practice. I don’t even think he practiced.

Saw that. You were ninth fastest. What is going on? What were you dealing with until the main event?
My practicing skills are, I can say, horrible.

In general?
In general, yes. I’m fine at home. I can throw down at home. But when we get to the race, even outdoors… 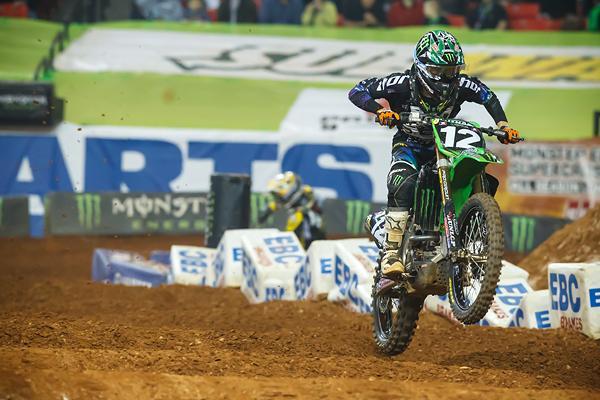 Yeah, you’re right. Even when you were winning races outdoors we didn’t see you light it up in practice.
No. I think I was, like, 23rd at Colorado.

Okay. So, wait a minute. We should not panic no matter where you are in practice?
No, don’t really panic. I mean, anywhere above, like, 15th in supercross is decent.

So you’re a racer, not a practicer? Can we say this?
Yeah.

So, what was the problem in the race last weekend? Just going over the bars in the first lap?
Well, I wasn’t even there to race… That was a fill-in guy. I didn’t even go. He got fired, though. I clipped him.

Good move. Bring this guy back.
Yeah. Well, the guy for practice today, I might have to fire him too.

Fire that guy from practice! So, the guy that raced in the night show was able to jump that stuff?
First lap. 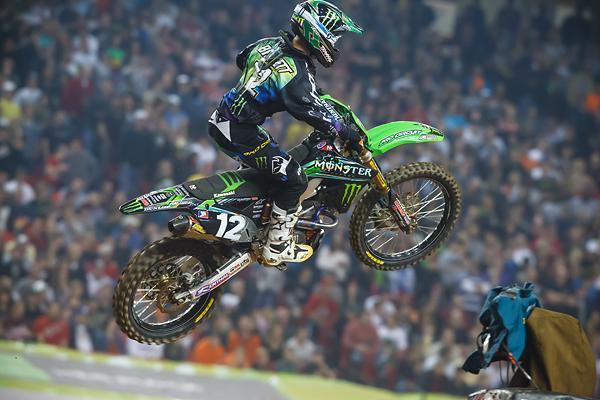 Baggett has struggled in practice early in the season, but has managed to find a different gear in the main.
Photo: Simon Cudby

Did you take some pills or something? What changed?
I don’t know. I need to do something, though, because that’s pretty scary. I do all that stuff first lap.

You knew those things were being jumped?
Yeah, all day.

But you didn’t jump them?
No. Not once.

But you knew you’d have to at some point?
Heat race, first lap.

That heat race was nuts, by the way.
I know.

How did you manage to not crash? Everyone else went down.
Because I didn’t jump anything, so I was careful about it. I didn’t have that confidence over stuff to scrub it. I was just nice and straight up and down, easy does it. A little extra here so you don’t clip the landings. 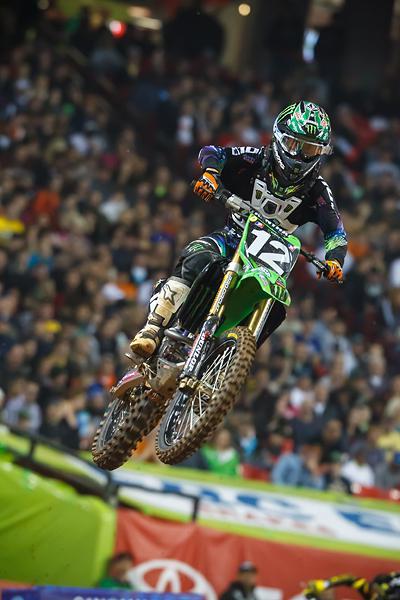 You might be on to something. It’s that peaking late thing you used outdoors. So in the main, are you happy with the ride? Did you feel good?
Yeah. First would be nice but just gain points. Second is fine. I’m still a bunch of points down but I’m not even going to worry about that. I’m just going to try to collect as much as I can at the end of the night and wherever I’m at at the end, that’s where I’m at. You can’t change the past, so I’m just going to work forward.

The guy that was in the main event last week, what did he go through? What even happened? You crashed in the first rhythm lane.
Somebody was following too closely and rear-ended me like on the freeway. I went to pull over to the slow lane but they had some blue tuff blocks over there. And when I pulled over I landed actually on top of those. And then Dirt Wurx forgot to put dirt over there so I landed on the concrete.

Uh, you mean they forgot to put dirt beside the track?
Well, that was my guy’s track. The guy that was filling in for me. That was his track.

So, the official Blake Baggett is back on the circuit? You are now racing?
Yeah. I am now racing.