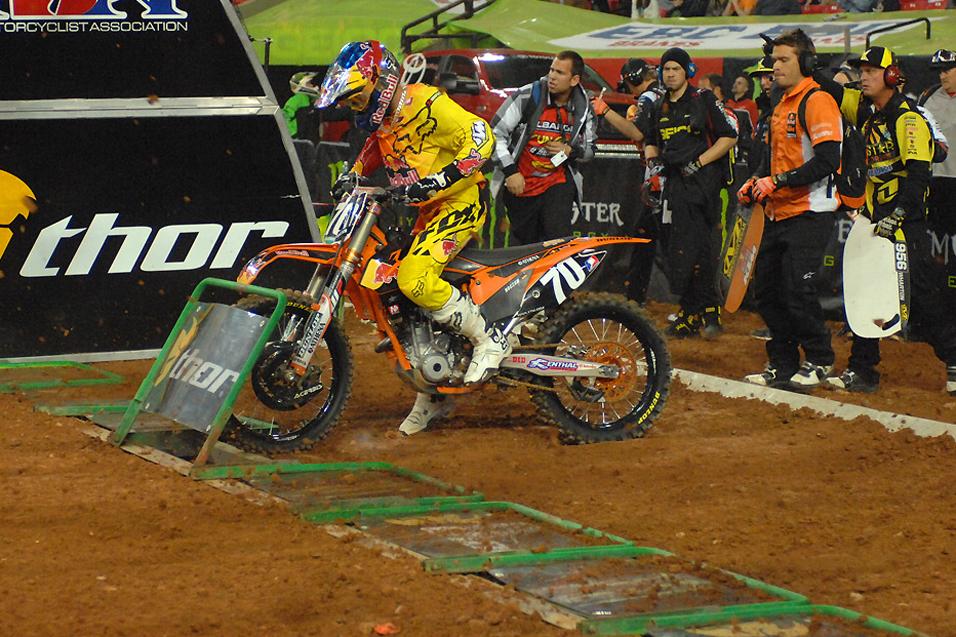 February 27, 2012 2:30pm
by: Steve Matthes
Georgia Dome Atlanta, GA Atlanta Monster Energy AMA Supercross Championship
Red Bull KTM’s Ken Roczen was one of the favorites for the East Region Lites title before the season started, but after two races he’s fourth in the points and a whopping 15 points down to GEICO Honda’s Justin Barcia, who has swept both rounds.

Roczen’s been fast, no doubt, but he’s gotten his third and sixth in two races the hard way. The first round he probably waited a bit too long behind GEICO Honda rookie Justin Bogle before he made his move, but all things considered, he did pretty well.

This past weekend, Atlanta seemed to be set up for “Kenny Time” as the German speedster qualified first, won his heat race and seemed ready to grab his second career SX Lites win—and maybe vie for the points lead.

But this column is called The Moment and for us here at Racer X, the big moment occurred when Roczen, after an unusually long gate hold, crept forward and hit the gate. And you can guess what happened next. The gate fell, Roczen’s Dunlop got stuck in it, and the pack of 19 riders sped away while Kenny pulled his bike back and started a good five seconds behind the last place guy. 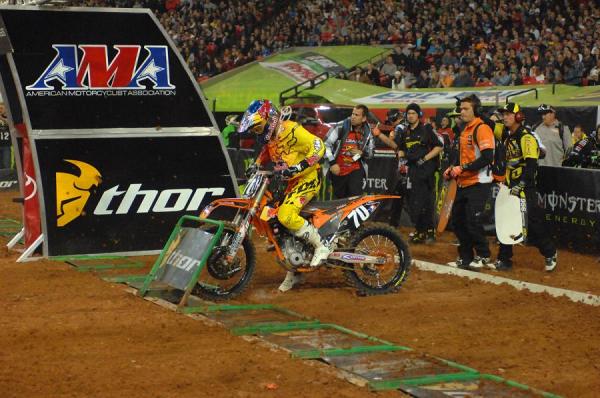 Roczen would rebound to finish sixth, but the damaged had already been done.
Photo: Carl Stone

And with that, his work was cut out for him. He worked up well from the pack to end up sixth and was all over Darryn Durham for fifth—a spectacular ride by any measure.  But in a shortened series, his sixth could be the one result that he looks back on at the end of the series that costs him. Remember there are ten points between first and sixth.

Afterwards I ran into Roczen in the lobby of the Atlanta Marriott hotel and I told him that it was too bad that happened but I thought he still rode great. He explained that the incident was really not his fault. He did not let the clutch out, but the bike started creeping forward on him (remember, the gate was held longer than usual) and he wasn’t too blame. This could possibly be traced to a clutch problem. He also backed that up on Twitter after the race to his fans, tweeting “So bummed. Thought we fixed it...” and then “Everybody thinks I counted and ran into the gate. NOPE. I’ve never even ran into a gate in my life unless there was a problem.”

Strange things can happen even in these short Lites series, and Eli Tomac’s big crash in San Diego proves big points can be made back up. But this one bad moment for Roczen just had a big impact on the early going.