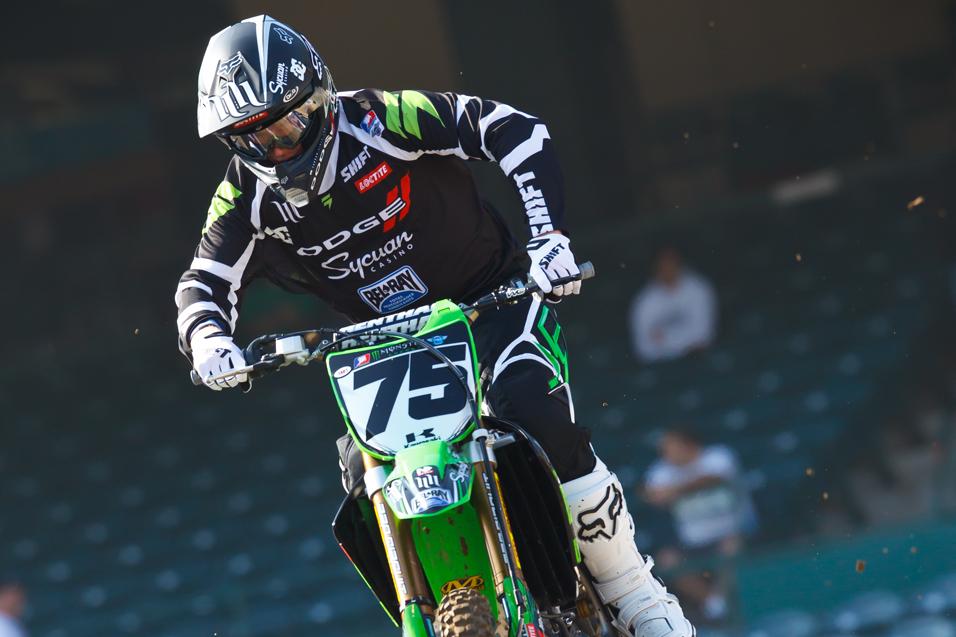 The Moment Hill at A1

Advertisement | Advertise with Us
Chase Field Phoenix, AZ Phoenix Monster Energy AMA Supercross Championship
It’s been a long road back for Dodge Motorspors/Sycuan Casino/Hart & Huntington Kawasaki rider Josh Hill. A highly touted amateur rider, Hill had some ups (winning the Minneapolis Supercross in 2008) and downs (average results at times, and some off track troubles) early on in his career. He was just starting to find his way in the 450 class when an attempted backflip went wrong, resulting in a huge crash. Hill missed all of last season rehabbing his foot, leg, and knee injuries.

The H&H crew signed him up for 2011 knowing they were probably not going to get much out of him (they were right), but everything looked to be lining up nicely in 2012. Hill had been riding and testing, and he looked on track to start reestablishing himself as a top ten 450 guy and maybe, just maybe, get back to where he was before he got hurt. How good can Hill be? As a matter of fact, after four rounds of the 2009 supercross series, Hill was tied with Ryan Dungey for the series points lead.

But this past weekend in Anaheim, there would be no storybook ending for Hill as he went down in the first turn of his heat race with a few other riders and was forced to pull off with another foot/lower leg injury. This was the absolute worst case scenario--twisting his injured leg in the very first turn of his very first race back! He tried to ride the LCQ but the pain was too much for Josh. His comeback is on hold. Again. 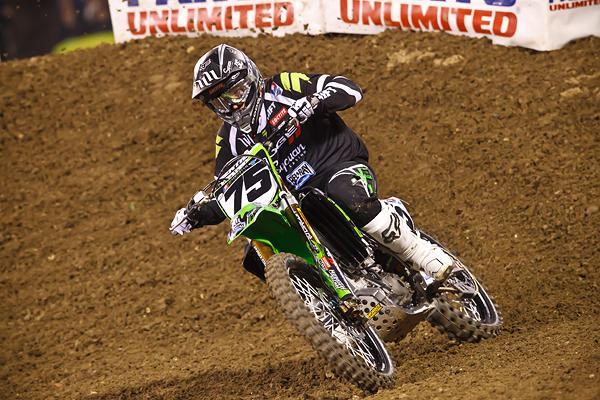 Hill's comeback attempt has been put on hold yet again.
Photo: Simon Cudby

On Monday, I asked H&H Team Manager Kenny Watson about Hill’s status, and he didn’t have any new information. I called Watson again today, and the only update available is that Hill will not be lining up this weekend in Phoenix, either. Who knows when we’ll see the #75 on the track again? He’s come so far just to get back on the line at A1 and I’m sure he’s not going to give up now, but it’s got to be an emotional blow for Hill. The sport of motocross produces a lot of thrilling moments but every one of those we see, there are many more stories of heartbreak and pain.

This is one of those.

[Note: Matthes put together an update on Hill's condition on Wednesday evening. Click HERE to read the update.]