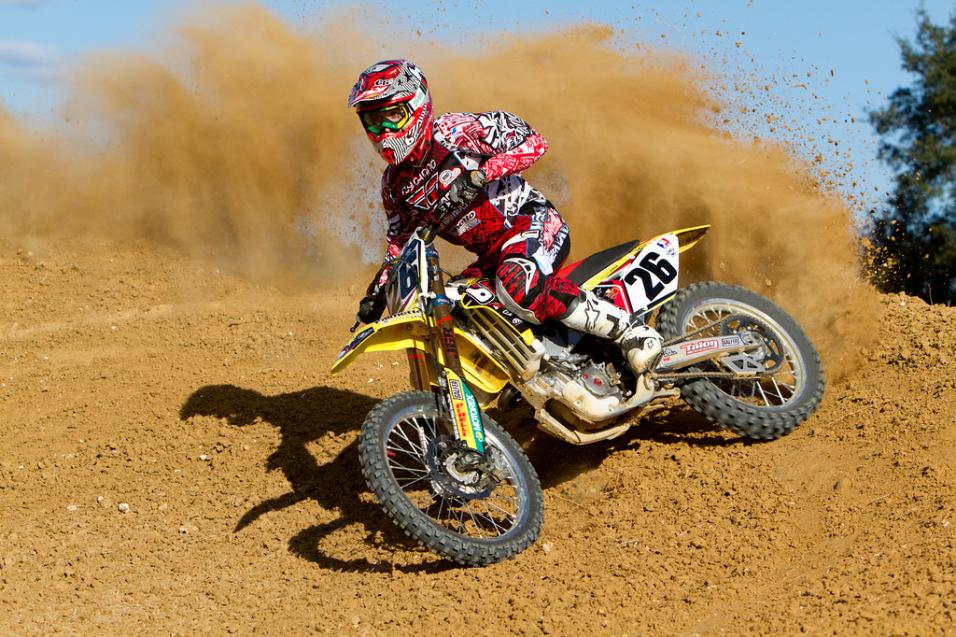 Advertisement | Advertise with Us
BTOSports.com/BBMX’s Michael Byrne isn’t starting off 2012 the way he, or his team, thought he would. Looking to bounce back after an off year, Byrne was working hard at getting better when he crashed and broke his neck. The friendly Australian, one of the good guys in the pits, took the time to talk about his crash and when he expects to return to action.

Racer X: Byrner, sorry to hear about your crash. Can you tell us what happened?
Michael Byrne
: I was out practicing, testing some suspension with JGR when I came into the whoops at Chad’s [Reed] house and they’re pretty big so you have to be committed to them. Anyways, I came into them going full-out and about the third one, my bike just locked up and I went over the bars. The rear hub broke, threw me over the bars and into the whoops. It was the stock one, not the ones we run on the race team.

What’s the damage?
Well I broke my neck and my nose. They said I broke the edge of C-6 in my neck and I feel lucky with my bad luck because sometimes people don’t get up from this sort of stuff. So yeah, my wheel broke but at least I got up and walked away from it.

So what’s the prognosis with this injury, when are you getting back?
At that moment, it’s been a week. I got two more weeks and then some x-rays. I have to wear this neck brace for four weeks and then we’ll take a look and see how it’s healing. After that, we’ll know more but it shouldn’t be too long before I’m back. 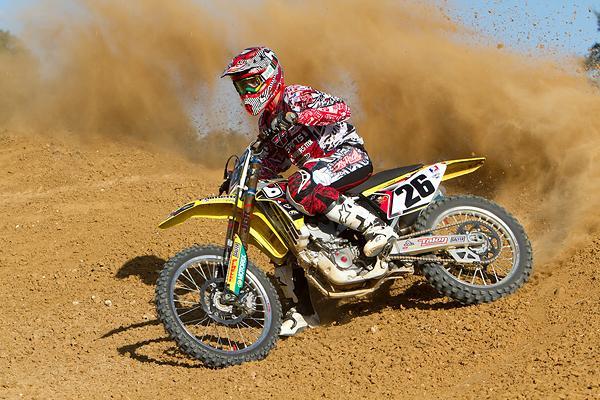 Last year you broke your wrist in Bercy and came into the season hurt and now this. Do you feel like watching out for black cats or not walking under any ladders?
Yeah at this point, for something like this, it’s just something that happens. We ride machines that have a lot of moving parts and sometimes they break. I’d be madder about it if it was an arm or something like that but with your neck, you appreciate it more if you can walk away from it. I can’t be too bummed and what’s going to help me is I’m in the best shape I’ve been in for years for racing supercross and this is going to help me when I come back.

Does getting hurt last year and having to jump into the series give you an advantage because you know what you had to do last year?
I guess so. I mean I feel like this is different and won’t be as bad as last year because I did my wrist in November and didn’t get much pre-season testing down. Right now, I was into my last week of my three month block of training and I got it all in. So my fitness is fine, my bike is better and I won’t be behind the eight-ball as much.

Your team made a switch to JGR motors and suspension, I’m wondering how that’s been for you?
It’s been great, J-Bone (Jeremy Albrecht) and Coy (Gibbs) and those guys have been helping a lot. They’ve been giving us lots of testing days and really developing the bike. It’s been huge for us and it’s like a high-dollar race team with those guys. They’ve been giving us great stuff and the bikes are working really well.

You’re in the last year of your contract, do you think about that fact and now the fact that you’re hurt?
I don’t think about that at all actually. Thanks for bringing it up! No, it’s about getting healthy for me with this injury and making sure I’m in shape. I want to be as easy as I can make it when I come back. Last year, I didn’t get any testing done with my injury and you’re not going to build up a base when you’re travelling to the races. So that was hard, also with my wrist, it still hurt when I came back whereas this injury should be 100 percent when I come back and I wouldn’t think it’s going to bother me.

They did a bunch of tests at the hospital with me and they’re really confident that the injury was stable, I didn’t need a halo on, and they think it should heal up and not bother me. We won’t know more until I get the next x-ray in a couple of weeks. 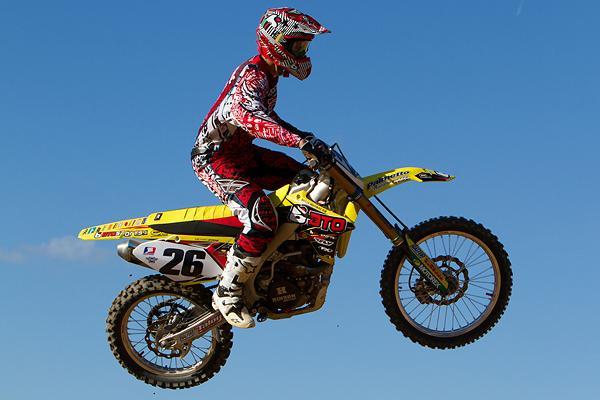 There is no timetable on his return, but Byrne is hoping to be back within a couple of rounds.
Photo: Tyler Coscia

And what about Chad Reed, you know him inside and out--how’s he been looking?
Yeah, he looks great. He was hurt there for a little bit but you wouldn’t know it. He’s flying and looking great. I was pumped that he was back here in Florida so I could work on my speed against him but then I got hurt. It’s good for him to be that strong right now and he’s just going to get better.

And what about everyone’s favorite privateer Jason Thomas?
He’s been good, he’s probably happy because I’m not coming out there with my little white training book! I’ve been running the program the last few months and he hasn’t been liking it the last few months because when it opens, it means pain (laughs).