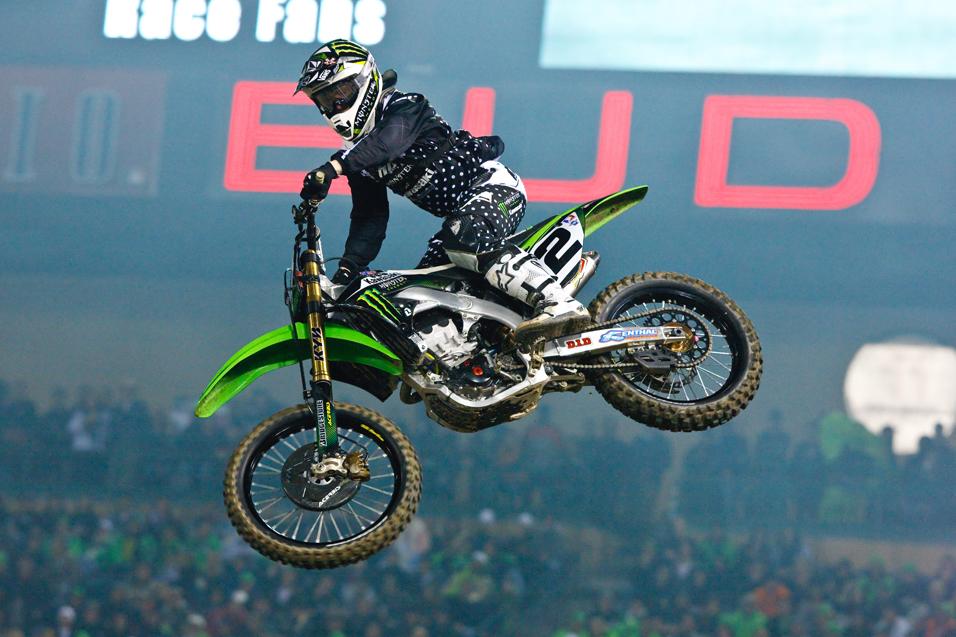 December 13, 2011 5:00pm
by: Jason Weigandt
Last week, author Aaron Hansel covered the AMA’s pointing out rule in Monster Energy Lites Supercross, a rule that will force Broc Tickle into the Supercross Class for 2012 instead of defending his Lites Western Region Championship.

And it’s now that we realize something: Tickle is on a short list of riders graduating to the 450 class this year. Ryan Morais also pointed out of the Lites division and will race a 450 this year for Valli/Star Racing, and Nico Izzi will also race a 450 in supercross for the first time for Valli/Star as well. But Morais and Izzi never won Lites SX races (each came close). Tickle has just two career Lites SX wins to pair up with his title from last year. So these three do not enter the season with the high expectations of recent grads like Trey Canard or Ryan Dungey. 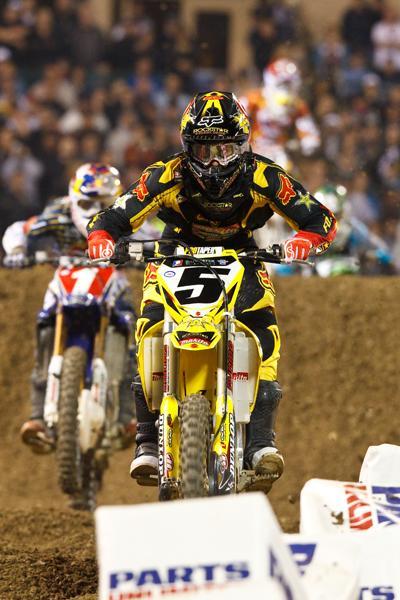 In 2010 Ryan Dungey joined Jeremy McGrath as the only two rookies to win a Supercross title in their first year.
Photo: Simon Cudby

Also, Josh Hansen is moving to the 450s after a few more title shots in the Lites division, but Hanny is far from a 450 rookie—he raced the big class already a few years ago in what turned out to be a washout of a season with JGR. He eventually went back down to the Lites class. You only get to be a rookie once, right?

The last few seasons have witnessed tremendous success by first-year full-time 450 riders. Last year, for example, East and West Champions Christophe Pourcel and Jake Weimer moved up (Pourcel wanted to ride a 450 but couldn’t find a deal he liked. But he could not and did not return to the Lites class). And Trey Canard moved up as well, and promptly delivered three race wins. He’s not alone. For this week's Bench Racing Ammo, we look at recent rookie classes.

(Note: We consider a rookie season the season in which the rider officially declares he's racing a 450 full-time. Yes, Ryan Dungey rode a few 450 races in 2008, but he was clearly a Lites rider at the time, as he contested the West Region Championship).

In ’07, Millsaps missed the first part of a year after breaking his femur during testing, so he was unable to find victory lane. But in the last four seasons, first-year riders have been able to break through. The likes of Canard, Dungey and Villopoto leave some big shoes for Tickle to fill in 2012. 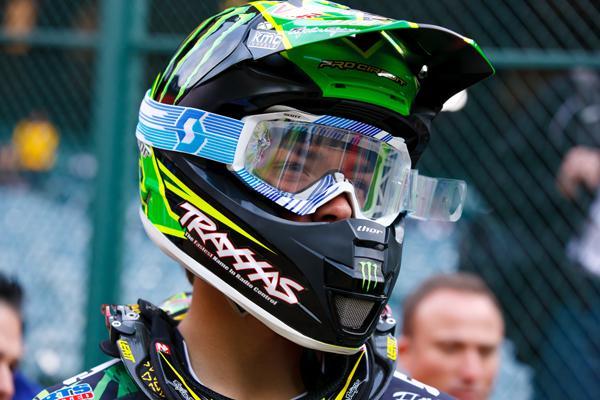 Will Tickle be able to follow in the footsteps of Dungey, Canard, Hill and Villopoto, and win a SX main event in his rookie year?
Photo: Simon Cudby