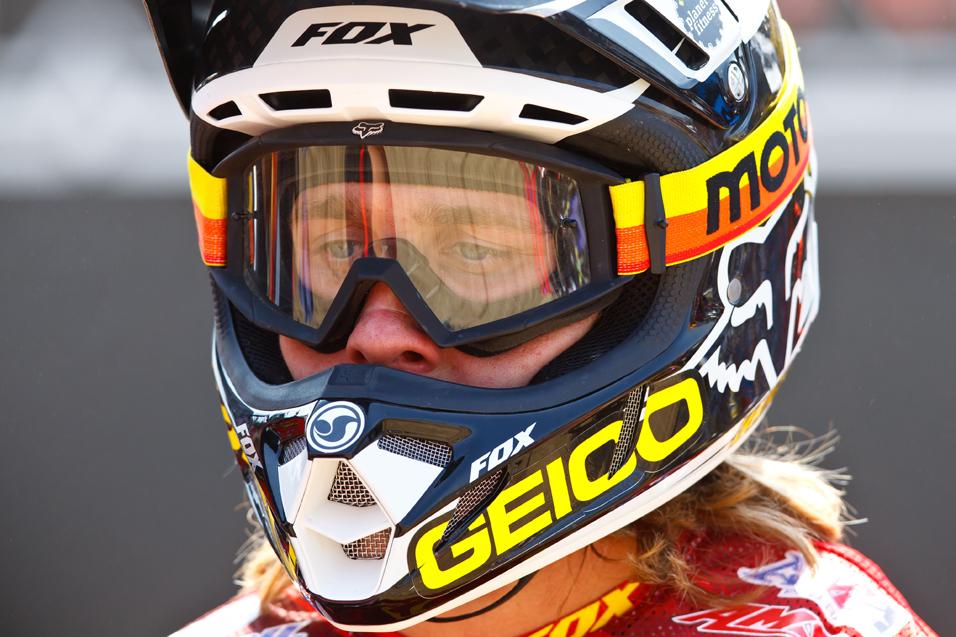 Advertisement | Advertise with Us
Justin Barcia didn’t just turn his outdoor season around by jumping up to the 450 class, he completely reestablished his potential. At his first race on the bike at Unadilla, he proved he could run with the best in the business. By the finale over the weekend at Pala, he proved he could very nearly beat them.

Barcia came within two laps of winning the Pala 450 overall, and he was bummed about coming so close but ultimately coming up short. But he was happy with what he learned. He spoke about it after the race.

Racer X: You were out there leading both motos today, but let’s go back and talk about the whole 450 experiment as a whole.
Justin Barcia: I think it was pretty good. I was really lucky to get the opportunity from Honda, it was kind of a bummer that everyone got hurt. I think I did a good job, I tried my hardest. It was tough on me today, I almost wanted to cry after that second moto, because I came so close to winning my first 450 overall. I tried my best, but it’s just tough, Ryan and Ryan, you know, they’re just so gnarly. Also, I have to thank my GEICO team for letting me do this, I know it was hard for them to let me go because I had a good chance to win for them. 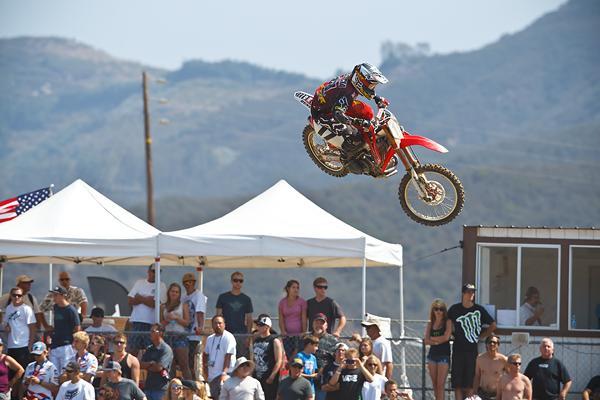 Barcia came within an eyelash of winning his first 450 overall at Pala.
Photo: Simon Cudby

It was cool for the fans to watch you mix it up, and it was good for the press to write about it. But you really didn’t cause any issues today, you just tried to get results.
Yeah I didn’t want to get in anyone’s way. I just wanted to race. This is what I love to do and that’s how I like to do it—just hang it out. I think it’s a pretty incredible thing to do for a living, to race dirt bikes and go as fast as you can on them. So I really didn’t hit anybody, I just tried to ride as hard as a I could and see where I end up.

You said you tried to figure a lot of things out. What did you learn?
Well, I learned not to mess with the big boys [Laughs]. No, seriously, I learned that there is a next step. Ryan Dungey and Ryan Villopoto, they have taken that next step, and now I know I can take my riding to the next level. And working with the Honda team, I learned a lot from them. I can take that back to the GEICO team and we can learn from them. That’s the biggest thing, learning from that team, and that was the goal.

It looked like you had a pretty good set up, but how hard is it to pick and choose when you’re on a factory team, and a new bike, and they have such a massive box of goodies to choose from?
Yeah when I first went to try the bike, it was actually Kevin’s bike. And I didn’t change one thing. Nothing. At the races, the guys are really cool. I’ll come back from practice and they’ll be like, “Hey, we want to change this.” I don’t even have to say what I need, they just change it for me. It’s cool to work with them. 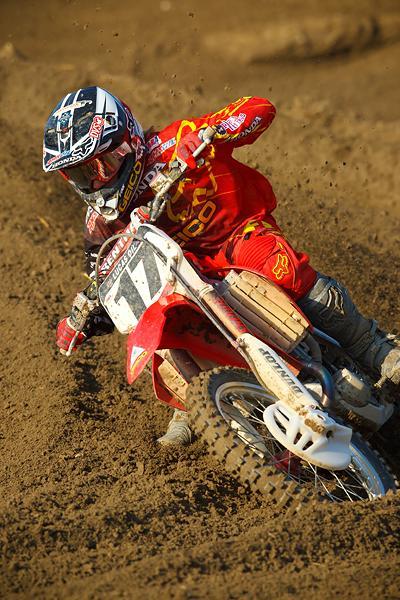 After a brief stint on the 450, Barcia will be back on the 250 for GEICO Honda come SX.
Photo: Simon Cudby

How hard will it be to go back to a 250?
Honestly I think it’s going to help me. The 450 helped smooth me out, and hopefully when I get back on a 250 I won’t over ride it. Because that’s what I did a lot this year, I over rode the bike and crashed a lot. That’s what kind of ruined my season. And I’m not going straight back to the 250, I’m also doing races like Bercy and Genoa on a 450.

You dealt with a lot of things this year, broken wrist, mono, a broken nose. You kept racing through all of that.
Like I said, this is what we do. We race. Honestly I don’t know what I would do if I had to just sit on the couch. Even if I couldn’t win, I was just going to go as fast as I could for 20 minutes and then if I faded or whatever, that was okay. I wasn’t just going to sit home. It was pretty tough at times, but I hope all of the stuff I learned this year will hopefully just make me a tougher and stronger rider.