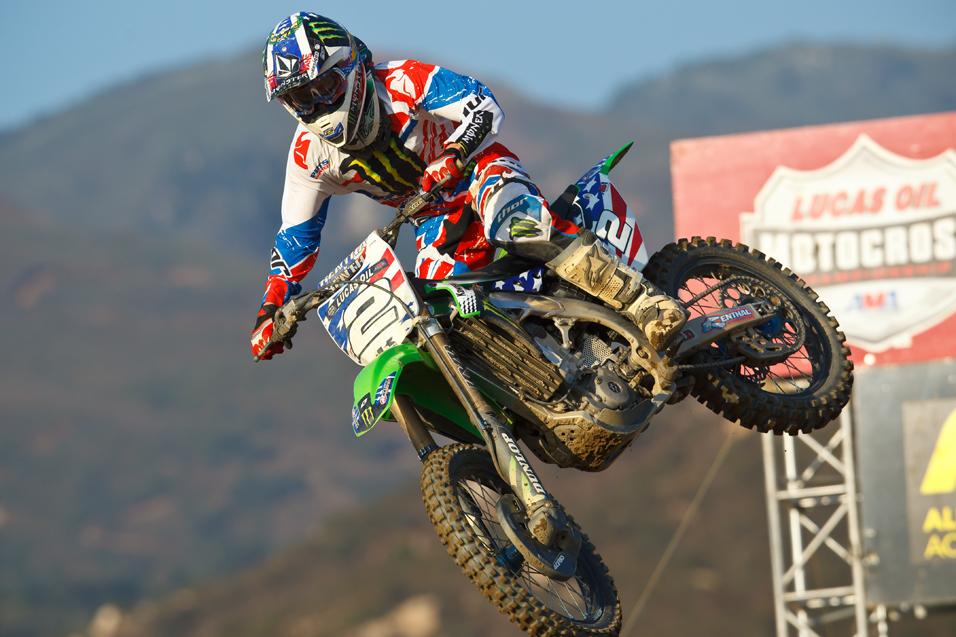 For another look at that end of things, I called up Kurt Rood to talk about the procedures they went through to get RV3's machine over to France for the race.

Racer X: Kurt, thanks for doing this. What kind of prep did you guys go through for this race?
Kurt Rood: Well it started about three weeks ago actually when we took a brand new 2012 Kawasaki KX450F and built it up like a race bike and then took one of our test bikes, went through it and built it the same. We’ll have two bikes there at the race to run through. We don’t have our truck there obviously so we have to have everything there that we could possibly think of.

On Thursday over there we’ll practice with both bikes and make sure they’re good. Then at the race, we’ll tech both bikes and if the worst-case scenario happens, we’ll ride the test bike. 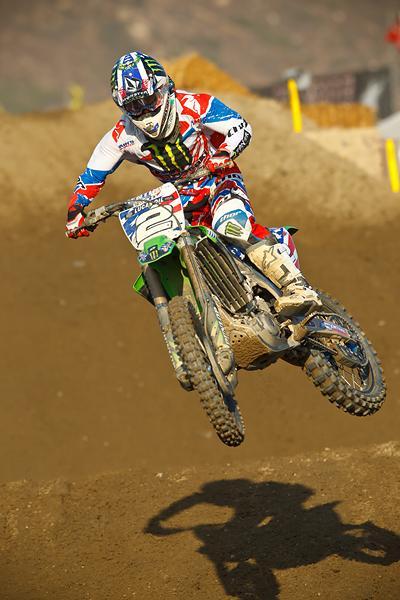 [NOTE: For those that didn’t know, last year at Lakewood Andrew Short’s crash left his Honda in a mangled state and not much time to get ready. Andrew jumped on the back-up bike for the third and clinching moto, so stuff does happen once in a while.]

What about spare parts?
All the common stuff that you might see that could get damaged will be brought. And we have the spare bike of course. We’ll bring spare engine, spare engine parts, bars, cables, plastic, subframes, graphics and all the other stuff. Basically we’ll have way too much stuff than what we need but you know if we didn’t bring that one thing, we would need it over there.

What about the exhaust and the strict rules they have over there, lots of work to get ready for that?
Yeah, our manufacture is familiar with the two-meter max testing they do over there and we made the best pipe we could make that passes the sound test. We did have to make some changes from our regular pipe that we run but it’s not too bad. We want the most power that still passes sound.

Everything came together pretty well, we didn’t need to do much work for the pipe to work. We’re at the same power level that we had at the AMA rules but it’s a bit different. We’re not at a disadvantage compared to everyone else, we all have the same rules.

What about the fuel?
The fuel is shipped from VP Fuels here in California and shipped directly to CLS Kawasaki over there. We’ll work with those guys over there along with the factory Kawasaki team to back us up for anything we need. 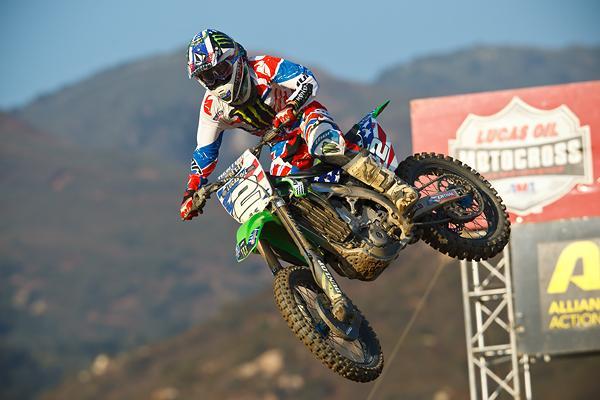 Villopoto will have a back-up bike at the MXoN just in case of an emergency.
Photo: Simon Cudby

When you go over there, it’s a real team experience isn’t it? Everyone chips in to help out.
Oh yeah definitely. It’s everyone from the mechanics to the suspension guys to guys like me. I had to look after the shipping papers, the graphics and make sure they work with the team as well as arrange the crate. The shipping is crazy, you have to have the company of origin, the weight and document everything. It takes a lot of time. Mike Williamson, Villopoto’s mechanic, really had to do a lot of work with getting these bikes built as well as get everything ready for the title chase we were just in.

I know at Unadilla when you guys debuted the 2012, you didn’t have a lot of spare parts for it. Has that changed?
Yeah we’re good on that. Everything that we ordered from Japan came in and we’re comfortable with parts. That first race was tight but we got through it and we’re fine with that.