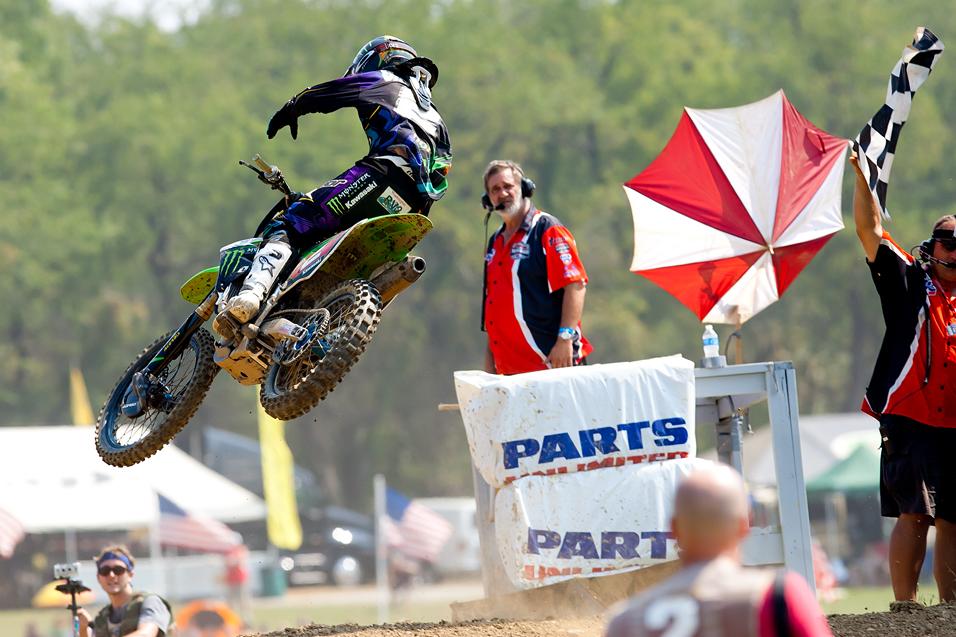 Advertisement | Advertise with Us
Steel City Raceway Delmont, PA Steel City Raceway Lucas Oil AMA Pro Motocross Championship
The Moment of the race? How about The Moment of the season? Hard to believe anything could shake this Lucas Oil AMA Pro Motocross Championship more than Chad Reed’s big flight at Millville, but Ryan Villlopoto’s last-turn pass on Ryan Dungey in the first Steel City moto may have had just as big an impact. Had Dungey won, he’d have cut Villopoto’s points lead down to five. Instead, he left that moto down 11. And Villopoto stole back serious momentum, which he then carried into the second moto—which he dominated.

If Villopoto wins this title next weekend, folks will forever point to this pass as the moment where he sealed it.

But he can’t wrap up the title until next weekend. The historical context won’t be clear until we know who will end up with the number-one plate. And indeed, both riders talked about the move as if it was not much more than a routine pass. 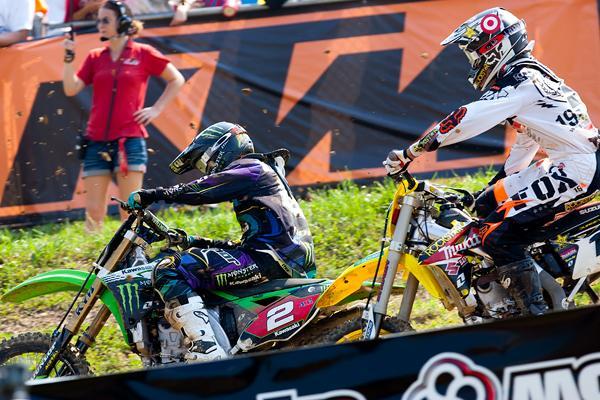 The Moment of the season?
Photo: Andrew Fredrickson

Said Villopoto: “When you’re in that situation, you’re always taught to guard the inside, and that’s what he did, but that obviously didn’t work out for him that time, I was able to go around the outside. I knew what a moto win here would do for the points, if he won both of them today, we’d be at the point where whoever won the last race would win the title. So it was good to get at least one moto win today, if not both.”

Said Dungey: “As the race was wearing down to the end, I knew some of my lines weren’t cutting it. I ended up finding some good lines, but that last turn, the inside was good and the outside was good. I knew with the inside you could carry some momentum and the lappers were out there, so I went for it, and it bit me.”

For now, both tried to pretend it was just another pass in just another race. But we—and they—know better than that.