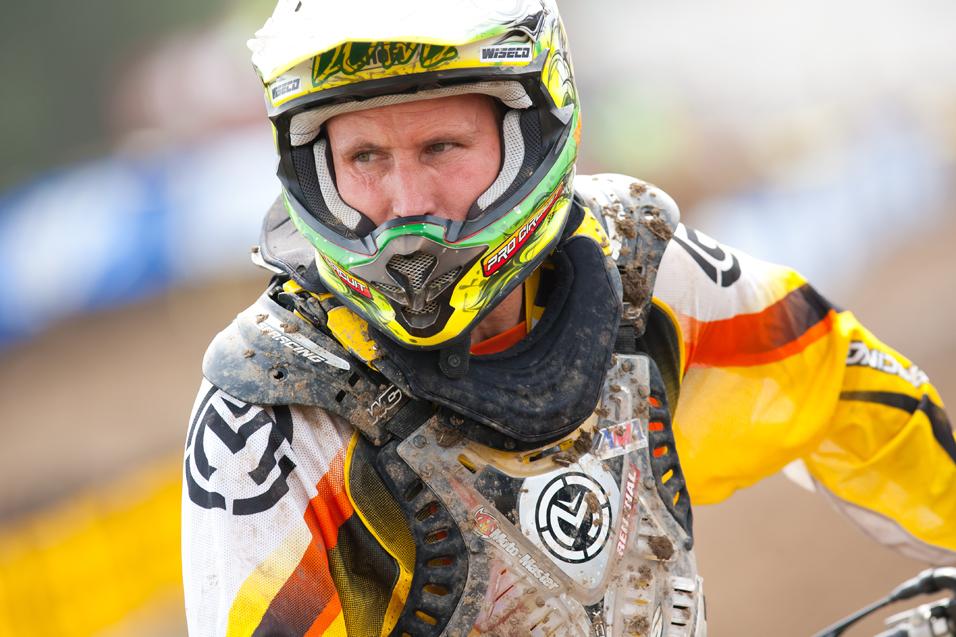 10 Things for at Southwick

10. WHERE'S REED? It's clear we haven't seen the same Chad Reed after that massive Millville crash. But the TwoTwo has made a career out of rallying when the odds are against him. He's still in it, but can he win it? This weekend will probably answer the question, one way or another.

9. IRENE: The entire east coast is bracing for a huge hurricane, and this one is not of the Bob Hannah variety. The forecast says the storm won't reach the Southwick area until Saturday night or Sunday morning, so the race is probably safe--but the forecast calls for 50 percent chance of rain, anyway. On the good side, we should see a break from the searing heat and humidity that has been present at this race the last few years. 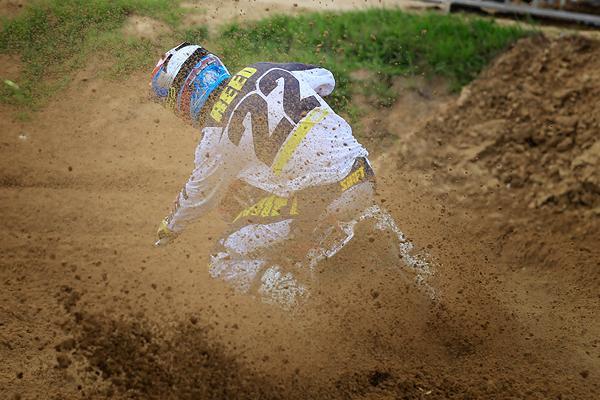 Can Reed bounce back at Southwick?
Photo: Randy Yoho

8. CANADIAN INVASION: Run for the hills everyone, as Team Canada may not be going to the MXoN this year but they are racing at Southwick. With the CMRC series wrapping up last weekend in Walton, Ontario MX1 champion Colton Facciotti and MX2 champion Tyler Medaglia will both be making the trek down south to race Southwick and Steel City.

The Blackfoot Yamaha guys will have their race bikes and both look to impress to try and get a look from an American team for 2012. Both riders should do well so look out for the 361 in the 450's and 95 in the 250's if you're one of those fantasy league dorks. Also, national winner and Tyler's brother Jeremy Medaglia will line up for the Dragon Fuels KTM team like he did at Unadilla. He's number 281 and almost as fast as his older brother. In the honor of Ross Pederson and JSR, Americans, get ready for some pure raw, maple syrup speed. [Editor's Note: This segment was written by Matthes].

7. DeCOTIS HOLESHOT: Jimmy Decotis has always been a fast starter, and he's also a very good sand rider. With the support of GEICO Honda, look for the local kid to grab at least one start, just like he did at 'Dilla. But then watch and see how long he can hold on, because with the right track and the right attitude, he could make a surprise appearance on the box at Southwick.

6. DOWD'S MAKING A POINT: Former winner, hometown hero and Southwick legend John Dowd will be lining up to try and get the necessary amount of points to keep his AMA permanent number (#16-duh). Dowd's been out to a couple of other nationals this year scoring just inside the top twenty at Millville and failing to qualify at Unadilla. We don't know about you, but we don't want to live in a world where John Dowd doesn't qualify for nationals, even if he's 46 years old. Qualifying this weekend won't be a problem for John and he'll have to get somewhere around the top ten to score enough points to keep his number. Anyone betting against him? 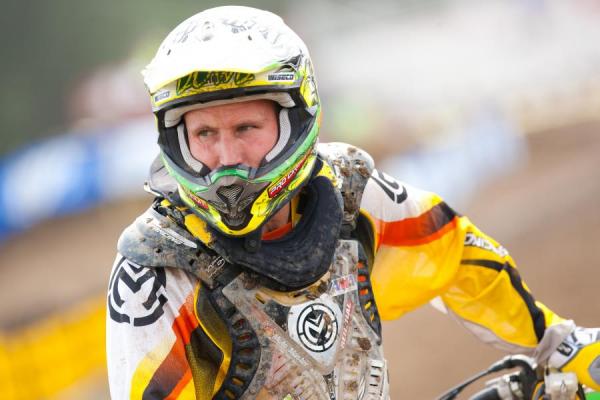 Dowd is back at Southwick for yet another go around.
Photo: Andrew Fredrickson

5. WILSON ON A ROLL?: When Dean Wilson won both motos at Unadilla, it marked his first win of the 2011 Lucas Oil AMA Motocross tour. And yet he's the points leader? Wilson has been the model of consistency, though up until Unadilla, he seemed to lack the ability to close the deal on an overall win. That's no longer the case! His emphatic sweep of two weeks ago gives him all the momentum going into the last three races of the series. And he's been hanging with Chad Reed down in Florida getting used to the sand. Look out.

4. BARCIA IS BACK: Justin Barcia scored his first AMA 250 National win right here at Moto-X 338. Now he's on a factory Honda 450, with no pressure but a lot of momentum behind him. He also seems to have Ryan Dungey's attention. If he can pull it all together -- and not run his red bike out of gas, which is what happened to both Brett Metcalfe and Andrew Short last year -- he could contend for his first-ever 450 National win here.

3. METTY'S REVENGE: And speaking of Brett Metcalfe, he's on a Rockstar/Makita Suzuki now, but Southwick still owes him one from last year, when he ran out of gas while leading on the last lap. This place also owes him from back when he almost won a 250 National here. Either way, Southwick would have been his first-ever win here on the AMA circuit. Maybe it's finally his time. 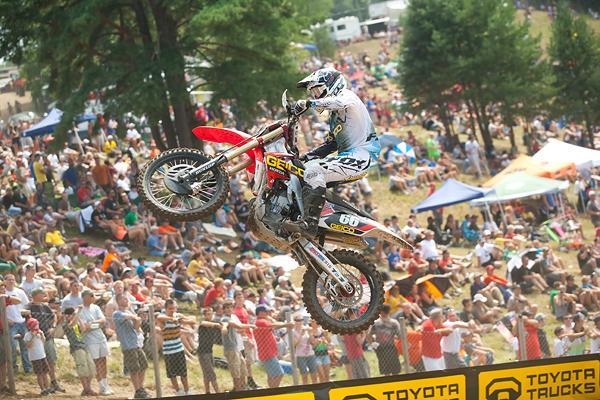 Can Jimmy D got another holeshot at his home track?
Photo: Andrew Fredrickson

2. PC BIKES IN THE SAND: Christophe Pourcel lost the points lead in the 2009 250 Championship chase when his Monster Energy Pro Circuit Kawasaki let go in the first moto. That was a high-profile problem, but he wasn't alone. Ricky Carmichael suffered a rare DNF in his career when his PC KX125 blew a head gasket at this track in 1998. And in 2006, all three team bikes--Grant Langston, Ryan Villopoto and Troy Adams--broke in moto one. Pro Circuit is not in any danger of losing this title, but, if you're Wilson, you're hoping the bike are prepared identically--as in, they all either make it to the finish, or they all don't!

1. #1 and #2 BATTLE FOR #1 and #3: No matter who wins this championship, both #1 Ryan Dungey and #2 Ryan Villopoto will represent Team USA at the 2011 Red Bull Motocross of Nations in France next month. But which one will wear Team USA's #1 plate, and which will be #3? And excellent case can be made for either of them, and it would be great if Team Manager Roger DeCoster could wait until this series is settled, but he can't -- jerseys and graphics have to be printed soon in order to get them all shipped to France. So look for the two Ryans to give it a little something extra as they try to make their respective cases for #1, both in American Motocross and for the MXoN.