One Industries Thursday Rev Up Unadilla

August 11, 2011 4:30pm
by: Andy Bowyer
Unadilla MX New Berlin, NY Unadilla Motocross Lucas Oil AMA Pro Motocross Championship
Hello, everyone, and welcome to the Rev Up. Last night I was out riding moto until 9:00, and it was all I could do to push past the stinging soap in the shower and make it to my bed with a fist full of ibuprofen. Yeah, I finally got my shit together and threw a leg over my bike Monday afternoon and it felt really, really good. I don’t remember why I quit hitting up the track. Oh, wait a minute, yes I do: I rode all last summer trying to make it to Loretta Lynn’s, then choked at my regional. What brought me out of the funk? The X Games did, son. The X Games did.

It really makes me scoff when I hear people who aren’t cool try to talk smack about the “Games.” If there were ever a supercharged, direct injection of motivation and adrenaline power in the universe, it would first have to give quarter to the globally televised ESPN X Games. In a nutshell, I was all to hell about the Pastranathon, left breathless by Shaun White’s complete annihilation, and made to remember the consequences by Chad Kagy and Jeremy Stenberg. Bottom line: watching the X Games made me get my dirt bike out and go rip that pig as best as I could. Watching them felt good, riding felt better, and the culmination of the two landed me in a shoulders-back situation as we stare down Una-effing-dilla. Old-school. Halcyon days.

More on the scene is the current state of the union of amateur motocross going down at Loretta Lynn’s. Watch the live timing and scoring. Read the names that are making things happen down there. If you’re a fan of competition, you can eat your fill from the drop of the gate at 7:30 a.m. until the final flag flies at 5:30 p.m. All the boys have been there, showing face and remembering why they are where they are in the motocross community. And if you didn’t come through Loretta’s or you name isn’t Chad Reed you aren’t shit. IMHO. 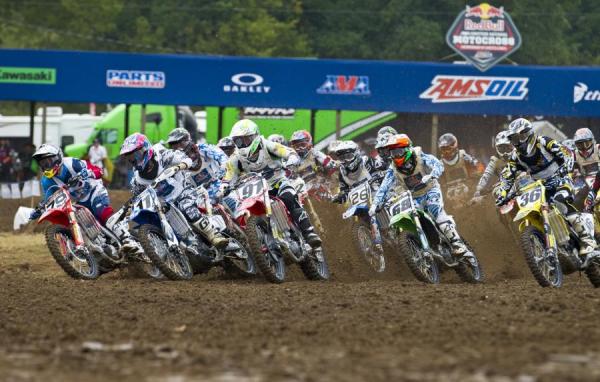 Another year of Loretta's is in the books.
Photo: Garth Milan

There has been a substantial amount of downtime this summer. I believe this to be a welcome reality in that the mega-grueling SX series grinds the boys down just to get dropped into the tornado of the outdoor nationals. Those races steal a lot from the boys, and breaks are good—especially with all that goes on with summertime.

That said, go ahead and crack your knuckles and get ready to see the charge make her way to Unadilla. Both titles are on the line and any picture you have painted for the outcome can only reach, at best, for validation.

But it’s getting down to the short and curlies.

Where in the name of Sal Masekala is this championship going to land? Dean Wilson was here last year and showed he has the juice, yet Tyla Rattray is strong, and through all of that, Blake Baggett has won the most overalls and is the “heat.” Blake has been the fastest. Will he be the man? There is going to be a bunch coming this way with these boys and it all gets pumped up at ‘Dilla this Saturday afternoon.

Wow. What do you think of this dust-up we have on our hands? Who do you love? Do you get behind the defending champion, the former champion, or the preseason pick to be champion? Like who you want—what you are going to eat is chaos. The points are tight enough that any of them can win. Who really has the sand right now? Last time they took a break, Reed went out and murdered the field in moto 1, then carted huge in moto 2. Since then, Ryan Dungey has found his groove and has the momentum, yet an always-steadfast Ryan Villopoto is lurking in the shadows. What we have here are some of the gnarliest tracks on the schedule coming our way. Unadilla this time around. Then we head to Southwick. 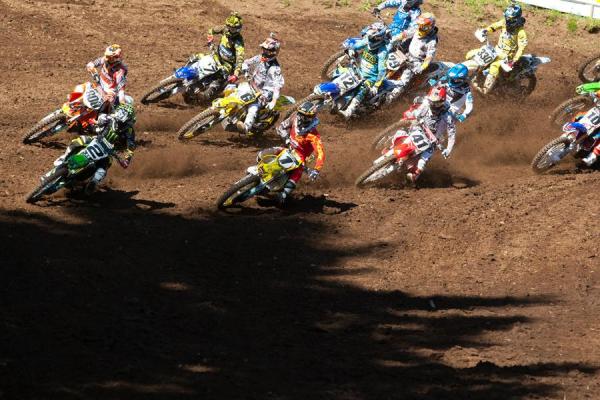 The boys of summer are back in action this weekend at Unadilla.
Photo: Andrew Fredrickson

Summer is always awesome, and this one has been on point. The X Games came and went and now all that lies in our sights are two very big title belts. It’s back to work this weekend. I tend to fancy myself a fairly strong forecaster of all things motocross, but I don’t have a clue how this one is going to shake down.

Right now I have raw knees, oozing blisters, and a gear bag of foul-smelling riding gear. But all I have on my brain as I trudge through my work day is “I need to change my tranny oil … need to put on a new rear tire … need to find some duct tape for my thumb....” I don’t like being off a motocross bike as long as I have been. If you’re reading this far, you’re never off one for too long. I’m no Hemingway by any stretch, but I’m a motocross man like you are. Until I’m gone, if someone ever asks who I am or what I do, I hope I can just reply, “I ride moto.”

Unadilla, baby. “Hurricane Hannah" lore? Title town in Loretta’s? There’s a great big ball of gunpowder ready to blow. There’s just a whole bunch right now. I hope you’ve felt it the way I felt it and you’re waking up in the morning with a trot in you step.