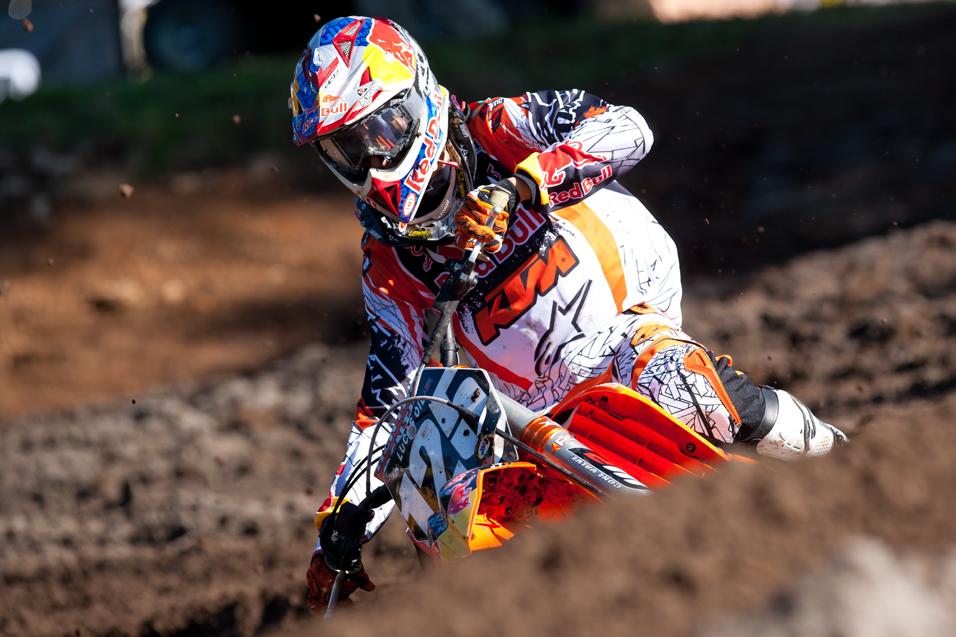 Going for the W Marvin Musquin

August 11, 2011 1:30pm
by: Steve Matthes
Unadilla MX New Berlin, NY Unadilla Motocross Lucas Oil AMA Pro Motocross Championship
Before the outdoor season started, there was a quiet buzz about the newest Red Bull KTM rider, Marvin Musquin. The Frenchman had come off two straight MX2 World Championships in Europe but had blown out his knee at the Bercy Supercross, preventing him from taking part in the supercross series.

But with a ton of rehab work after surgery, Musquin was getting ready to step into the motocross series and hopefully do some damage. The kid’s credentials were impeccable—he was very fast, and he had the titles to back it up. Preseason testing had gone well, and the guys at KTM were quietly optimistic that Musquin was going to run up front and maybe even win some races. 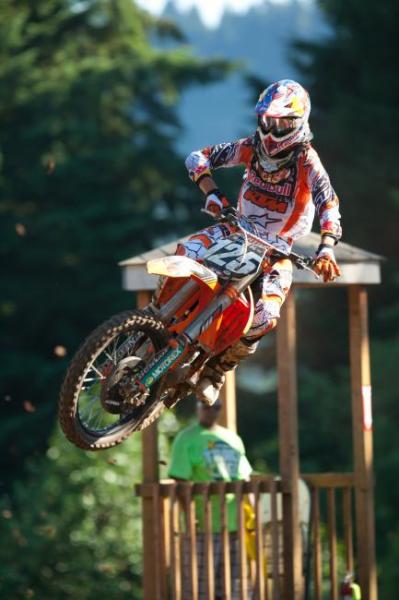 Although there was no podium for Marvin at Hangtown, it was still a very good showing. Two come-from-the-back rides, good lap times, and a fifth overall on the day didn’t let anyone down. In the second moto, Musquin came from pretty much last to sixth. It was also his second race in six months (he rode the USGP at Glen Helen the week before) and he did about as well as could be expected.

At the next race in Texas, Marvin gated well and was second going into the third corner behind Justin Barcia. It seemed Musquin was set to get at least a podium, but then disaster struck. We all saw it on the SPEED broadcast: Barcia hit a kicker and went over the bars, his Honda shooting out sideways. The spinning rear wheel collided with Musquin’s head and body, resulting in a broken thumb.

Marvin’s season was once again on hold. After healing, he made his return at Washougal and his comeback began again. When he returned to a slick, tricky Washougal track, he only managed 10-18 moto scores; even though he qualified fifth, it wasn’t the triumphant return we’d all imagined.

American-based French journalist Stephen LeGrand knows Marvin well and went to the race to document his comeback to the scene for his website. He says Washougal is a tricky track for a first-timer, thanks to deep shadows and not much traction. 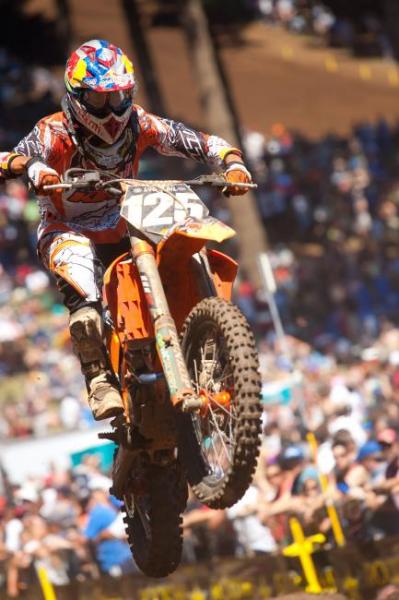 Certainly with Unadilla this weekend, on a track that has suited GP riders so many times in the past (Everts, Coppins, Desalle), we’ll see more of the rider we expected to see up front. Musquin should do much better at ’Dilla now that he’s had a couple weeks to get faster. The natural terrain, a little bit of elevation, plus the way the track naturally forms suits a GP rider a little better than Washougal.

Musquin’s season has been one of stops and starts, but there’s too much talent there to not eventually put him up at the front. His two World Championships demand our respect and his fluid riding style has to be seen. Without a doubt, 2012 should be much, much better for Musquin and the team.