Between the Motos: Forrest Butler

Advertisement | Advertise with Us
High Point Raceway Mt. Morris, PA High Point Raceway Lucas Oil AMA Pro Motocross Championship
Forrest Butler is the main brother behind the BTOSports.com/Butler Brothers MX Suzuki squad. Teams come and go, but the Butler Brothers have been a mainstay for quite some time now. We talked with Forrest today for Between the Motos.

Racer X: Forrest, talk about having Michael Byrne and Jason Thomas on the team together. Two veteran riders, both based in the Tampa area. A lot of the privateer teams go after young kids, so what's the advantage of having guys who have been around?
Forrest Butler: Well, JT has been with the team since 2007 and has been a long time friend for much longer as most know. JT will finish his career out here at BBMX. With Byrne, him being located down here now was just a good fit. We want to take the team up to the next level, but going from where we have been to that true next level is actually a big jump, bigger than most realize. We have had a lot of good results in the past, podiums in the Lites class, heat race wins, top fives outdoors overall in both Lites and the 450 Class, and more. Our team has accomplished a lot. But, being a constant up there and getting random results are a big difference. We want to be a solid top five team in the premier class and that is the big jump we are trying to make.

Is it just coincidence that Byrne and JT live close to each other, and ride and train together, and are both on the team? Or did you look at teaming them up as a package type thing?
Coincidence and again as the above question, it was a large part of going with Michael this year. We have always been known to use a lot of Florida riders on our team since we’re based here, but what can you say - there are a lot of top guys from here. Michael is 30-years-old, and like you said, he brings a lot of experience to the table. He also is an Aussie, and Australia is a huge customer base for BTOSports.com, our main sponsor. So Michael brought a lot more to the table than just one thing; he brought factory experience, results, a big name and career earned number, his Aussie fan base, and his current location has made it easier for us to work with. You add in that he and JT ride with one another just about every day, and it just makes the team more close-knit and easier to work with as a whole. 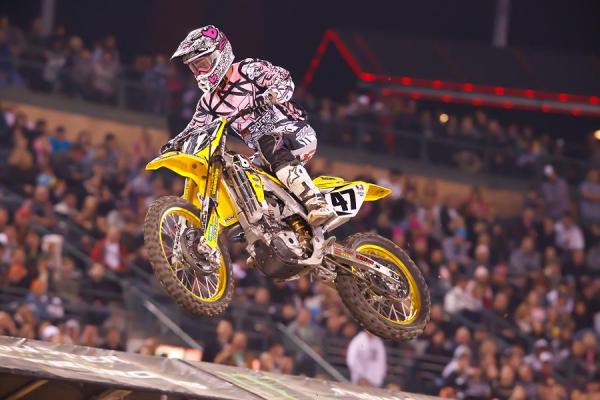 Unfortunately you guys lost JT for the summer due to ACL surgery. How does a team in your position deal with that? Do you bring on a replacement? Do you have to? Can you shift more resources to Byrne?
Losing JT sucked, but it was something that JT, his mechanic Dan Truman and I talked about well before supercross ended. It is no secret he hurt his knee in the Stewart crash, but just how bad it was and what JT pushed through in supercross was crazy. The guy can deal with some serious pain, more than most any rider or person I ever met. His ACL was gone, meniscus was torn and he had a lot of other internal damage. He could barely walk for his first few races back and he just went at it like he was normal. But truth was, he wasn't and he was trying so hard and couldn't go harder than 70 percent for most of the races because he was hurt. By Seattle, he finally started riding closer to his speed, but still I would say he was 90 percent. So it came down to next year and it was either race the outdoors and most likely end up needing surgery by end of season or get it fixed now and be ready for the Fall. He went with now and he will be ready to go for the Monster Energy Cup in October.

As for the fill in guy, we thought a lot about it. There have even been close talks with some riders, but we decided before the season started to put all the focus on Michael and bettering the program. Right now he has had two top-ten motos in the first four of the year and he sits a few points out of the top ten. So for now, we are sticking with our efforts solely on him. If something comes along that we feel can better the program sponsorship-wise, then we will look at that rider for a fill in. We love racing, but it is also our business and with the next level we are trying to reach - we have to make good business decisions and at the same time, stay passionate about racing. It's a tough balance sometimes.

So you’re pretty happy with the first four motos of the season?
It has been good, but we want to be better for sure. The evil part about racing on our level is you are never satisfied, you always want to be better. Michael has had two good motos and two with mistakes, but he still pulled out decent results. We both want to be further up front, and we are working on that. One position at a time inside the top ten is a lot and I really think you will not see us as a team hit our stride till mid season. I think by RedBud, we will be knocking on the top five consistently and that is where we want to be this summer. You have to be realistic and coming off of not the best year for Michael in 2010, and then getting hurt at Bercy to start the season, put us behind. But he is working hard and the team and our whole staff is working hard, so we’ll get there soon.

We all know the story about factory teams doing whatever it takes to win races--if they don't have the part, they will make it. What about a team like yours? Have you made big strides with the bike? And how do you go about doing that?
Our bike is better than it has ever been. Look at Michael's starts this past weekend; he was fourth in first turn both times. But like I said earlier, on this level it can always be better and that is what we are working on. Michael has come from a history of almost all factory teams, so he is used to having things ready to go when needed. We are different and we are both learning and adjusting as we go. It doesn't mean our stuff isn't good though, but Michael is not a 19-year-old kid with no fear and ready to just pin it whenever. With an older rider, they need to be comfortable to be their best and it just comes with the territory. 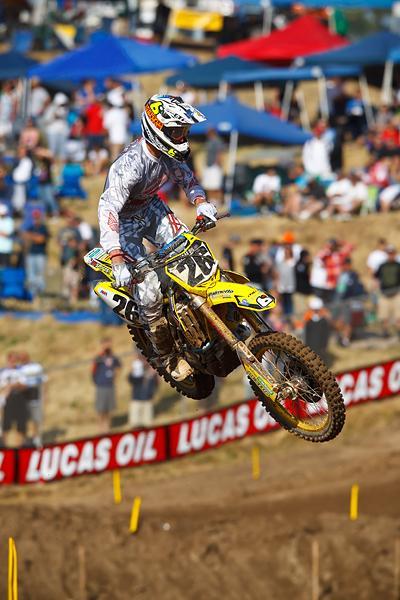 Byrne has been holding down the fort for the BTOSports.com/Butler Brothers team outdoors.
Photo: Simon Cudby

You're working with Pro Circuit for engines and Factory Connection for suspension this year. What leads to the decision on what outside help to use?
They are the best at what they do, both of them. They have two of the best teams out there and they race at the highest level. It is tough trying to match schedules to test, and in our case it was tough with Michael getting hurt in November. By the time he came back, we were well into supercross. And we went with Pro Circuit motors very late, in like mid December, so we had a late start there. JT was testing stuff as we got it in at the races and it just took us a little while to get a good base.

JT liked his bike this year better than any bike he has ever had. Michael had to get thrown into the toughest supercross series in the history of the sport and did it earlier than he should have. We asked a lot of him and he pushed as hard as he could. Coming into outdoors, it’s a tough deal. You come off of seventeen straight weeks of supercross and have one weekend off before the first outdoor national. In reality, there is not enough time to get even close to ready. I really wish we had two weekends off between the series—it would make a night a day difference for teams and riders. Either way, all the hard work this year will just have us further ahead going into 2012.

Obviously PC and FC have their own teams, but they do work with other squads as well. What's the relationship like?
It is great - they work hard for us. But they also have their own teams, and they sponsor a lot of riders both amateur and pro. Their schedules are just as hectic as ours, so sometimes it gets tough on trying to schedule. Again, we lost our Fall testing for the most part and that is when the most work needs to be done. This year, we will be ahead and hopefully both riders are healthy for the offseason testing time. 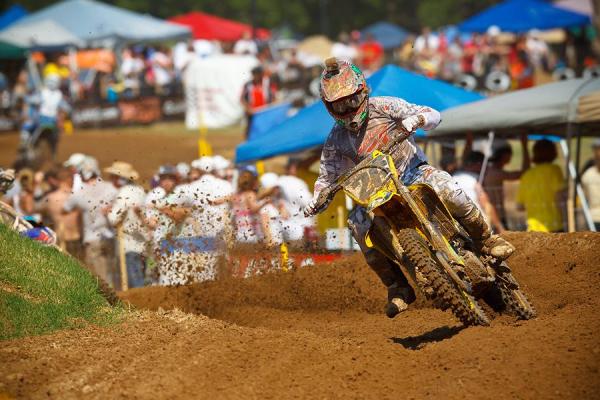 The sport has changed a lot since you started this effort. Outside sponsors come and go, the economy goes up and down, two strokes out and four strokes in. Where is this team compared to when it started?
When I started it, money was on the boom. Prices were going up and it gave you a lot to shoot and aim for. Now, we have gone through the down time and unfortunately dealt with sponsor fall outs that were pretty shitty, no doubt. But with sponsors and partners like BTOSports.com behind us and believing in the team, we have overcome all that and are on the climb again. I really believe in the sport’s future. I feel it is going to be huge in the years to come. There are very good people behind it and each year gets better, even through the toughest economic time of our generation.

What is the long-term goal for BBMX?
To be at the top. Period. We have come a very long way and we have a long way to go - but we are focused, have good people behind us and solid plans for the future. BBMX has been here since 2004 and we were racing much longer than that. Our new direction with the BTOSports.com team is a big change for us, the biggest in many years - we are excited, but working hard at the same time and hard work always pays off down the road.

I can't thank BTOSports.com enough and all our big team sponsors: Palmetto Suzuki, Fly Racing, MMI, Outlaw Racing, Factory Effex, Alpinestars and all our team sponsors which you can check out at www.butlerbrothersmx.com and get info on each and every one of them. But most of all I have to thank my team: Vince, Karsten, Dan, Nick, Rolla, JT, Burner - they all work so freaking hard it is unreal. Without them the team would not be where it is at today.