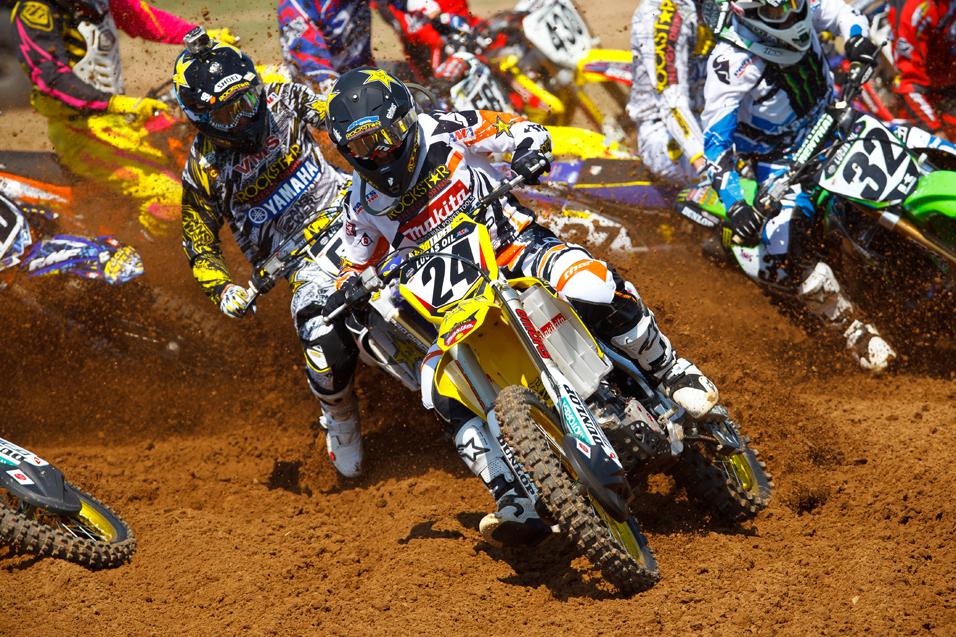 Davi Millsaps came on strong as the supercross season closed and carried his resurgence into the outdoors -- and all the way onto last week's Freestone podium. He's got three top-five moto finishes already, sits third in points, and is re-establishing himself as a genuine threat after recovering from a genuinely life-changing injury. 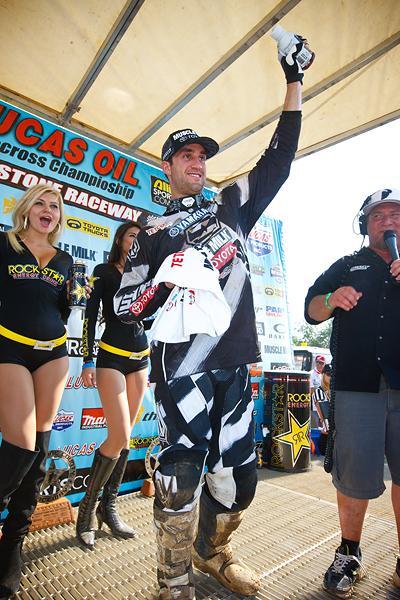 Dungey's new wingman Brett Metcalfe has likewise posted three top-five finishes thus far. Unfortunately, he also paired his worst finish with his best to just miss a spot on the box last week. Metty's brief run at the front of the second Freestone moto further advances his potential to finally win one of these things on the same shiny yellow bike that won so often last year.

After recovering from early-season injuries, Tommy Hahn has shown flashes of brilliance and three solid top-ten moto finishes (8-8-7 in the first three motos, irrespective of a mechanical in the fourth). Tommy Gun: Strong, with room for improvement.

Former off-road specialist Ricky Dietrich posted a ninth overall in his first race as a full-time motocrosser, and advanced to fifth overall in his second. Rising another four spots in round three is not very likely, but it's been a strong start for Dietrich. Another upstart, former 250 rider Christian Craig is similarly shaking up the ranks in the 450 class -- surprising some with a top ten first round only to improve several spots the next. Either rider could become a top-ten, or even top-five fixture. 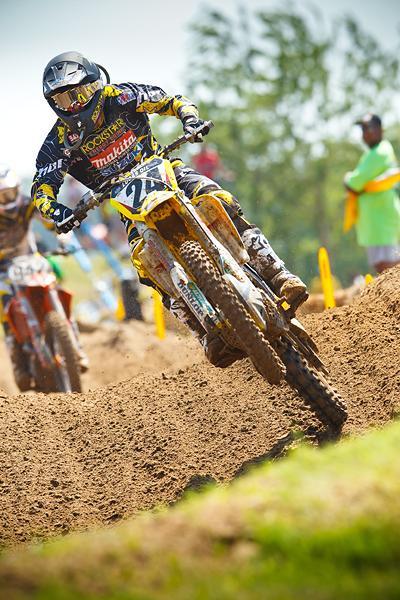 Will Metty be able to grab the top spot on the podium this year?
Photo: Simon Cudby

Mike Alessi set the fastest lap of the first qualifying practice of the outdoor season, crashed spectacularly in the second session, and hasn't been seen since. Will he shake off the cobwebs and tweety birds to return at Mt. Morris?

And... wither Ryan Villopoto? Hardly. Relegated to the bottom step of the box for the first two rounds, RV has nonetheless set some of the fastest lap times of the young season while hewing the same strategy -- minimizing damage, maximizing advantage -- that took him to the supercross championship. The early outdoor battle has been between the 2009 and 2010 outdoor champs. Is the third round at Mt. Morris when the first 450 title winner of 2011 stakes his claim to a second crown?

Finally, a top player from the indoor season is absent from the outdoor fray and hoping to return soon. He could still transform this year's anticipated three-man battle for dominance into the same "anyone can win... well, any one of these guys can win, anyway!" battle we saw race after indoor race.

Yep. We're talking about Trey Canard. Get well soon kid, and get back in the mix.