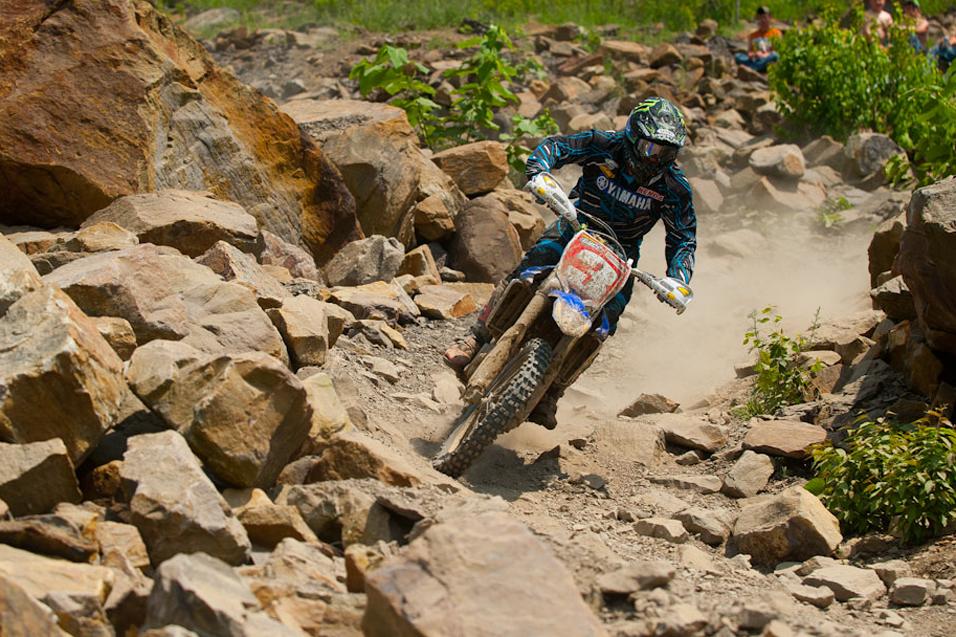 Advertisement | Advertise with Us
A typical Can-Am Grand National Cross Country course consists of 10-12 miles of tight woods and brutal obstacles, but the weekend’s 14-mile Rock Run GNCC course was tougher than usual. Riders deemed it ‘super fast and full of rocks’ as it presented some of the trickiest sections on the circuit. With 30-minute lap times in a six-lap race, riders were tested not only on their ability to ride fast and smart, but also keep consistent for three hours in the heat of the day.  AmPro Yamaha’s Paul Whibley had all those things handled as he took his second win of the season, despite riding on the rocky terrain that the New Zealand native isn’t so crazy about.  We caught up with Whibs after the podium celebration in PA to talk about his win.

Racer X Online:  Congrats on your second win of the season! Take us through that race.
Paul Whibley: Thanks. Well, I wasn’t pushing too hard out there, I was just riding kind of cautious because I was a little bit concerned with the rocks and the condition of the track. That’s not my favorite kind of riding so I was definitely being a little bit cautious.  I got a good start and Charlie [Mullins] was in front of me for maybe the first two miles - he got past me early on. In the mud hole, I think it was the three-mile marker, I got back in front of him and just rode my own pace and ended up opening up a bit of a gap. The whole race it seemed like there was a safe little gap for me. 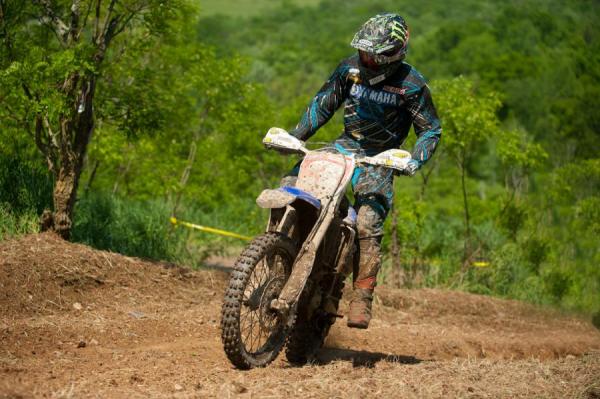 On a 14-mile course, there’s much of the race that fans never actually see.  Were you leading the whole race?
Actually Josh Strang caught up and passed me, so no. I made a mistake down here maybe around lap three and around the eight-mile mark I took a bad line after I saw spectators were pointing up this hill. The track pretty much split there and I decided to take the right-handed side up the hill, which ended up being the longer line.  I had been taking the left line the entire race and it ended up being the fast line.  I lost a bit of time there and Josh got around me and I got back around him before we got back to the pits. So there was a little bit of action out there on the track, for sure.

What’s your key through that rocky section that seemed to be giving a lot of riders some problems?
Just be smooth. I didn’t really push too hard or take any risks or chances. I was just kind of being smooth and trying to get through nice and clean and not using too much energy. Obviously it must have been working a little bit (laughs). There’s too big of consequences if you go down, you can break your bike and your body pretty easy. It could be the end of your season right there; you’ve got to be kind of a little bit smart and a little bit careful. 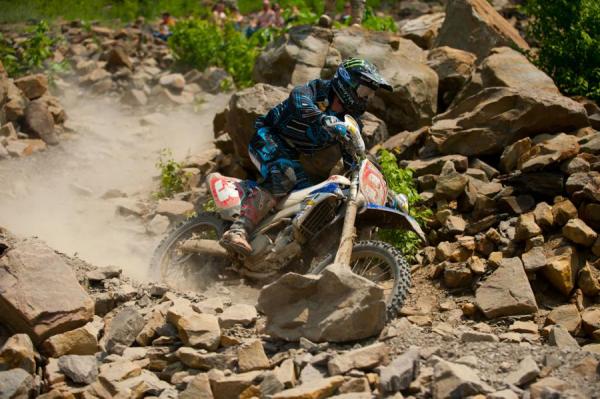 So you won round two in Georgia earlier in the season, how good does it feel to get that second one?
It’s good to be back up on that box and win another race.  The last two rounds I didn’t have really good results.  I got bad starts and was struggling to come from the back of the field to get the guys up front; they got good starts and were just getting me.  It was good to get up front today and make the race mine; I guess make the pace how I want to run it. Everything went good this weekend - the bike was good, the suspension was good and that makes my life a lot easier (laughs).

Did you do anything differently in the seven-week break to prepare for this weekend?
I spent a week riding in the rocks up here before this race, but I race the OMA series as well so I’ve gone racing pretty much most weekends. Even the weekends when the GNCCs were cancelled with all of that rain- we did races those weekends as well. We’re keeping busy and I think it’s good; it’s the best kind of practice.

I know you aren’t crazy about the rocks. What is the plan heading into the next round at Snowshoe in a few weeks?
Snowshoe is going to be very similar to this weekend’s race.  Maybe a little tougher with the rocks and maybe a little more mud in some of the track.  I’m not really excited to go there but after we won this one, I know I can be competitive in those races even though I don’t like it.  We’re just going to go there and prepare the best we can and see how it turns out. 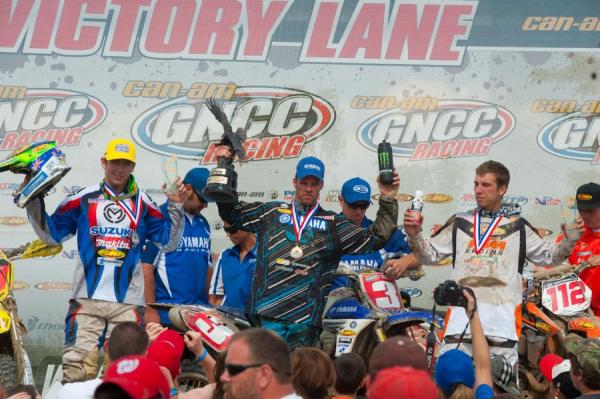