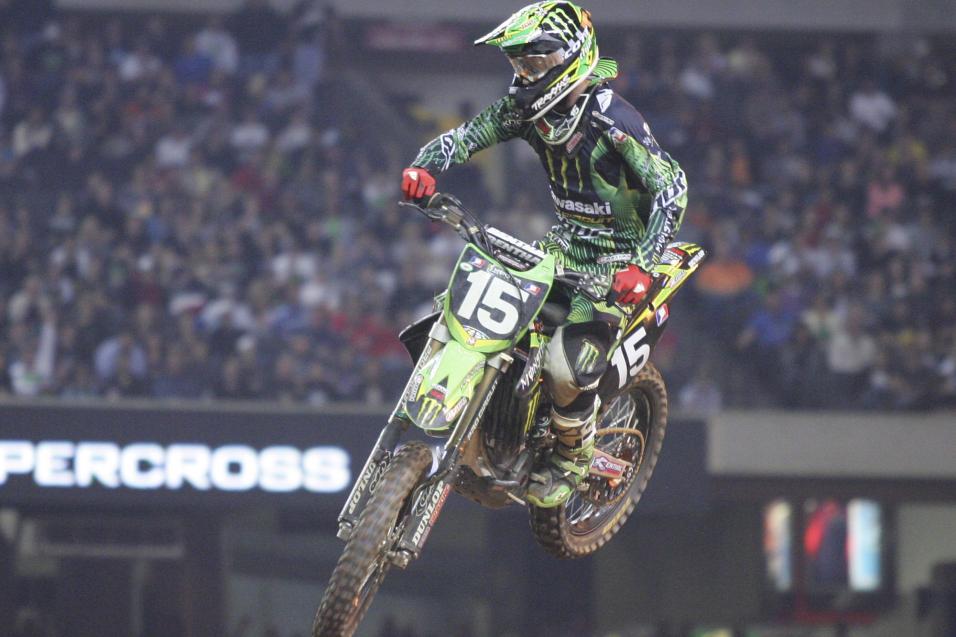 Advertisement | Advertise with Us
Georgia Dome Atlanta, GA Atlanta Monster Energy AMA Supercross Championship
Dean Wilson won two races last summer in AMA Motocross, so a lot of people tend to forget he’s still gunning for his first career Monster Energy Supercross win. Or, he was, because now the Scotts-Canadian-Californian has a victory after coming from behind to win in Atlanta on Saturday night. His win also marked the 200th all-time for his team, Monster Energy Pro Circuit Kawasaki.

Racer X Online: I don’t know if a lot of people realize, this is your first supercross win.
Dean Wilson: Yeah I don’t think a lot of people realize that. That’s why I’m so stoked and so excited; this is where I wanted to be. It means so much to win my first supercross. The last race was okay, but I went into Houston not where I wanted to be. My shoulder injury was still pretty fresh, and my speed was not quite there yet. It was just a couple weeks here to get in more riding time and get better, it wasn’t much time, but I did get better. I worked hard, and now it all paid off. It’s a dream come true to get my first supercross win. 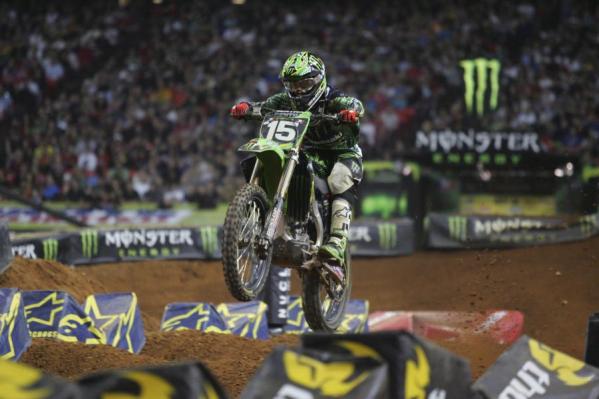 Wilson made a hard charge through the pack en route to his first SX victory.
Photo: Andrew Fredrickson

And they way you did it was impressive. You didn’t nail the holeshot and check out, you came from behind. How did you do it?
You know, I had to change my lines. I had some bad ones, and then I found some better ones. I was able to come through and get the win. It was awesome.

But how did you find better lines? It looked like everyone was going for the same line everywhere.
Yeah it was difficult, it was a good race, we were all close. I don’t know. I did find a good line through the whoops. I started jumping through them, and that was better. I found better lines in a couple of other places. I just tried to keep my head straight and keep looking ahead.

When you were in fifth, did you feel like you could win it? All the fast guys were in front of you.
Yeah I think I was okay. Everyone was close together so I could at least see them. I would make a mistake and lose some time, and then I would catch back up, so I knew I was faster than those guys. I just had to make good passes, and that’s what I did. 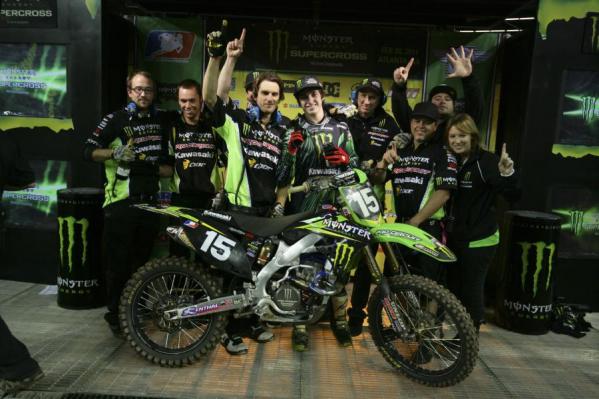 Can you even remember the passes you made?
I don’t know, man. It was all happening so fast.

There was a lapper who held up Barcia at one point and you guys all jammed in together.
Yeah! That’s’ right, the lapper! Baggett and Barcia got caught up with the lapper, and I got them, but then they both guy by me again. We just all jammed up together. It was so close. So I had to get by them again.

You made passes jumping through the whoops?
Yeah, I passed Sipes before we went into the whoops. Then I passed Baggett after the finish, in the right-hander, he went inside and I went outside. Then I passed Barcia before the finish line. I had my eyes toward Wharton, but then he fell. I got a little lucky there, but I’ll take it. It wasn’t like Villopoto, though, man. He got pretty lucky there. That 450 race was insane! I don’t know if he was thinking he would win it, but he did. It was awesome, good for him.

This is the 200th win for your team.
Yeah that’s unbelievable. For Monster Energy and Pro Circuit, they’re supporting me so strong, and the team is so good. I’m just happy to be here and to get this for them.

What’s this do for your confidence? You definitely showed some speed coming through.
Yeah it’s just good, you know? I’m where I want to be, speed wise, and I’m tied for the points lead now. So it’s good. I’m really happy right now, we just need to keep it going. 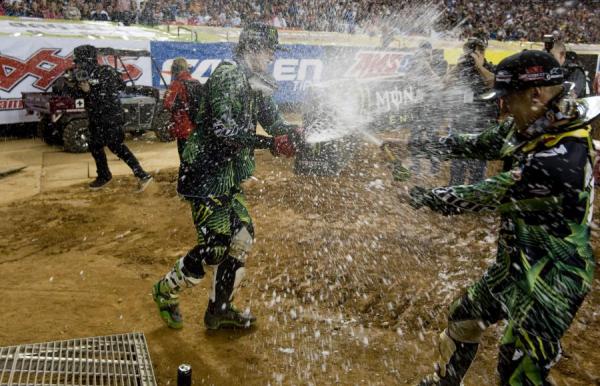