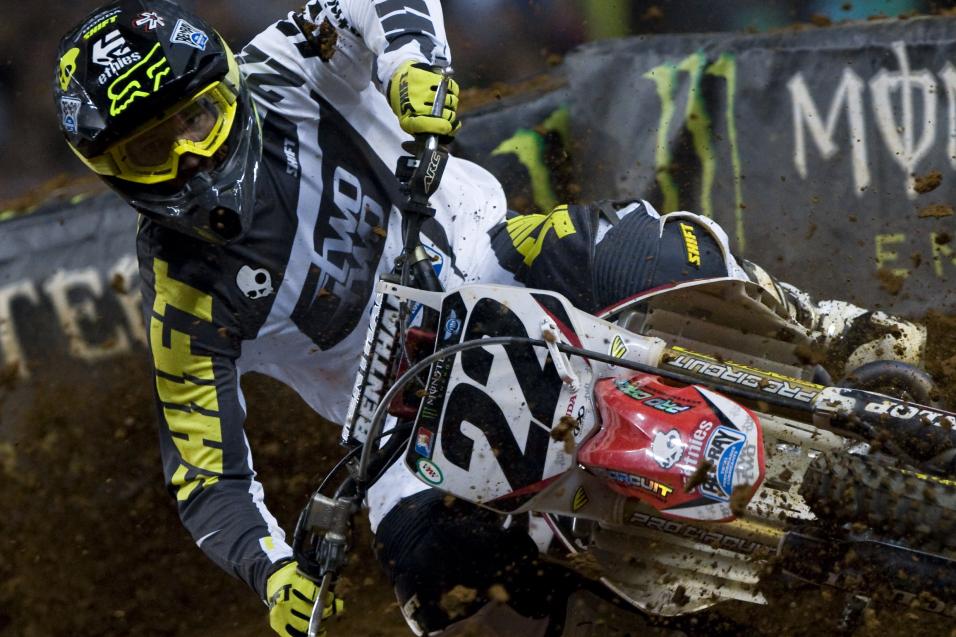 February 28, 2011 10:20am
by: Jason Weigandt
Georgia Dome Atlanta, GA Atlanta Monster Energy AMA Supercross Championship
At the last few races, riders have been commenting that the tracks have been tight and made for difficult passing. At first glance, the Atlanta track looked like it could cure all of that, with a layout featuring a long start straight, and long rhythm lanes separated by a few 180 turns—the typical football field layout that most riders like. It didn’t work out, though, as the rhythm lanes didn’t offer up much variation. The soil was slick, too. That’s actually a credit to the track crew, since Atlanta’s red clay used to be sticky and rutted, but the crew has figured out how to combat that.

But passing was difficult on this track. But once again, you can’t argue with the excitement of the race.

-- The big story coming into the event was the rumored dismissal of Larry Brooks as Team Manager of Team San Manuel Red Bull Yamaha. Brooks actually started the team as a co-owner back in 2007, but rumors persist that James Stewart has bought into the team himself. When asked about Brooks’ status, Stewart said only, “Larry is taking some family time. He’s not here this week.” He also said the no changes are planned in Brooks’ absence, the team will continue to function as it is currently assembled. Surely more news will come of this, but by the end of the night the Brooks situation was overshadowed by the Stewart/Reed main event battle. 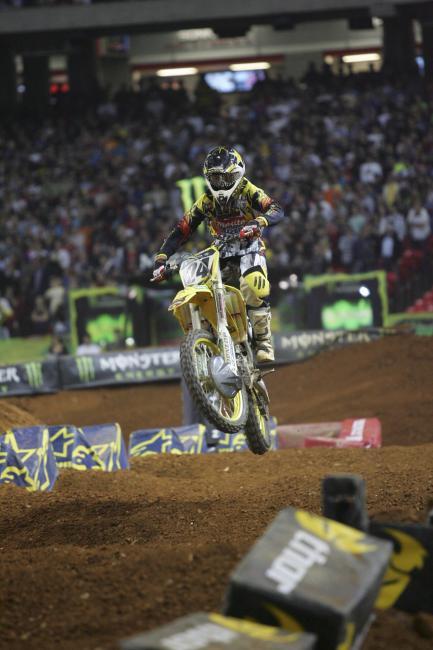 Can Metcalfe sneak into the top-five before season's end?
Photo: Andrew Fredrickson

-- Kevin Windham was back in action in Atlanta despite a rough few weeks. He crashed out of the Houston SX while leading two weeks ago, and then crashed in his heat race and suffered a mechanical failure in last weeks San Diego main event. Before the Atlanta night show, he joked that he was, “battered and bruised but still 150 percent.” His Atlanta main event was relatively drama free, although he did stall and lose ground at one point, en route to an eighth place finish.

-- Rockstar Makita Suzuki’s Brett Metcalfe had scored five eighth-place finishes in seven races coming into Atlanta. And eighth is not where he wants to be. Metty put in a solid week of testing with the Showa suspension gang. “I just want to make the bike more comfortable and more consistent,” he said. “We also worked on the engine so I can be more consistent with my starts.” Metty also said he had planned on turning it up during the second half of his rookie 450 SX season.

It looked good early in the night, as he started behind Chad Reed in his heat race and hung onto his rear wheel. Then Metcalfe crashed in the whoops, sending him to the LCQ. He battled Michael Byrne there for the final transfer spot in a battle of Australia, but with the last gate pick in the main event, he got a terrible start and finished tenth.

-- While Metty and Nick Wey prevailed in the SX LCQ, it ended up being a bad race for Team BTO Sports BBMX.com. The team’s two riders, Byrne and Jason Thomas, took third and fourth, the top spots to not make the main. 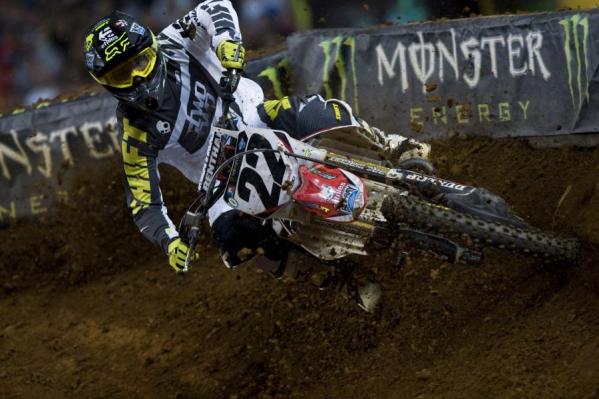 -- Josh Grant is out with a torn ACL over at American Honda Racing. He suffered the injury in a crash with Jeff Alessi in Phoenix. Team Manager Erik Kehoe says the team is looking for a replacement rider for JG, and it will be one of the riders on the GEICO Honda or Lucas Oil Troy Lee Honda Lites teams. “We want to showcase our partnership with those teams, and give the younger riders on those teams something to shoot for,” explained Kehoe. “It really helps those guys to see the progression, to see where this can lead them in our system. We hope to have an announcement on who it will be by Daytona, and maybe get him racing by Indy.”

-- Chad Reed’s TwoTwo Motorsports Bel-Ray Racing outfit has been linked with signing Christophe Pourcel for the AMA Motocross tour. Reed’s agent, Stephen Astephen, admitted that they have looked at Pourcel, but the team is budgeted around one rider, not two, so they would have to pull some strings to make it happen. Astephen also confirmed that Reed and the team will definitely be racing next season. They have long-term plans, including running the operation once Reed is finished racing himself. 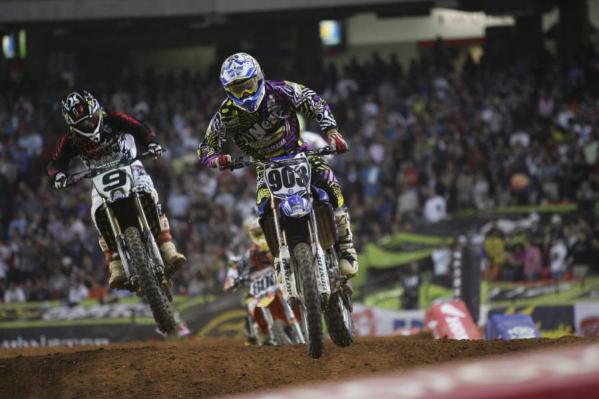 Balbi is filling in for the injured Kyle Chisholm.
Photo: Andrew Fredrickson

-- Brazilian veteran Antonio Balbi got a shot with the Motoconcepts Yamaha team as a replacement for the injured Kyle Chisholm. Chisholm suffered a lung contusion in a crash in Houston, and finally got released from the hospital a few days ago. He’s not cleared to fly yet, though, so he had to drive back to his Florida home. Balbi, meanwhile, did his job, putting his YZ450F into the main event and finishing 19th

- Austin Stroupe did not race again for Valli Motorsports Rockstar Yamaha, suffering from an ankle injury.