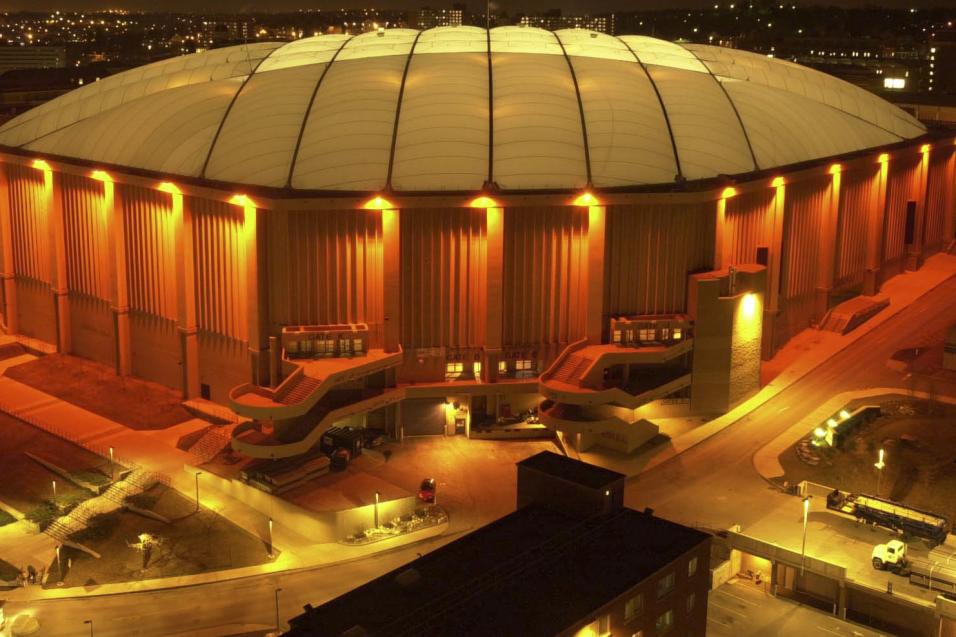 The List Top Ten Cities That Deserve A Supercross

Every year, fans wait and hope that this will be the year their nearby city gets to join the Monster Energy AMA Supercross tour. But a lot of factors go into planning the calendar, including weather, stadium availability, local population, sports scene, labor costs, and more. That said, here are ten cities we think have a good shot at being added someday…maybe.

10. CHICAGO: Chicago is the next-door neighbor of Aurora, Illinois, which is where Feld Motor Sports is located. But Wrigley Field (home of the Cubs) and Soldier Field (home of the Bears) and Comiskey Park (White Sox) all seem to be off-limits. The weather makes for a short window as well. The only time they tried a race near Chi-Town was the Jolliet Speedway back in 2000, which just didn't have the look or feel or razzle-dazzle of what we see in places like Anaheim.

9. BOSTON: Boston used to have a SX in Foxboro at Sullivan Stadium, but it was hampered by cold snowy weather. There's a brand new stadium there that the Patriots play in, Gillette Stadium, but alas there is no roof overhead (it may not make sense to SX fans, but in the NFL that means a serious advantage in the playoffs against warm weather teams). There's also Fenway Park downtown, but you can't get on that field unless you play for the RedSox. 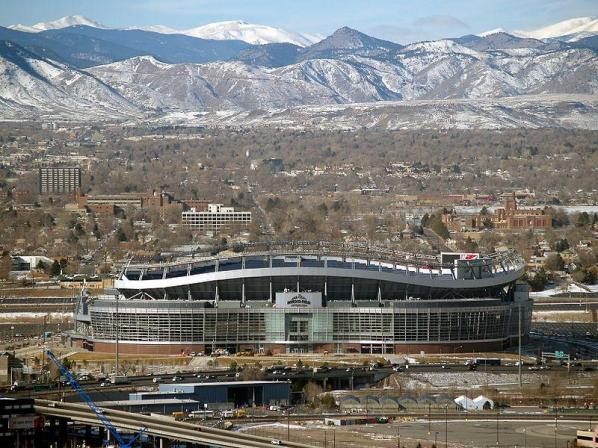 Will supercross return to Mile High?

8. PHILADELPHIA: We would say Pittsburgh here instead since it's closer to our offices, but we've already got two nearby nationals. It's nice outside by the end of April—they play baseball over there, and they have an extra stadium next door!

7. DENVER: Okay, they tried the Mile High town and it didn't work out, but that was fifteen years ago. Since then, the city has grown, and the nearby Thunder Valley National has become a great hub for the region's racers. You have a couple of local stars (Andrew Short and Eli Tomac) to work the local media. But, again, there’s no roof on the stadium, and you really never know in that area until May whether winter is completely over....

6. PONTIAC: This is the one that got away. When the Detroit Lions moved downtown, AMA Supercross followed. Unfortunately, with few places to park, and minus the suburban experience Pontiac fans were used to, the event never grabbed a strong foothold at Ford Field. But now that Pontiac's Silverdome is under new management (it was purchased last year for $586,000), wouldn't it be cool to go back there, run it up into the stands, and have another big amateur day? They did just do a Snocross—won by Tucker Hibbert, of course—for whatever that's worth.... 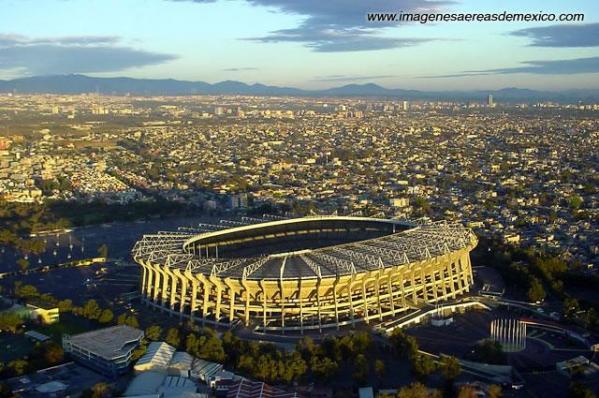 5.MEXICO CITY: Okay, you're probably laughing at this one, but forget about the rampant drug violence on the border for a minute. SX needs an international event, and it's been next-to-impossible to get the riders and teams any farther than Toronto. But if they shipped all the bikes and equipment to Mexico City, chartered a plane for everyone else, went down to Azteca Stadium, charged $5 a ticket, and filled it up with 105,000 people, it would look damn good on TV and maybe help drive global popularity. But then again, it's still Mexico, and when the International Six Days Enduro has to be cut down to five due to nearby drug violence, well, it's going to be tough to convince the masses that this would work.

4. MONTREAL: Still on the international vibe, what about Montreal's Expo Stadium? It's massive, it draws a great crowd for the fall SX show up there, it's got a roof, and it's exotic enough to make everyone think they’re somewhere really, really far away, like Paris, or maybe Marseilles. Surely it would draw better than Vancouver and maybe even Toronto. Unfortunately, contractual issues with other promoters and event schedules might not allow this to happen. 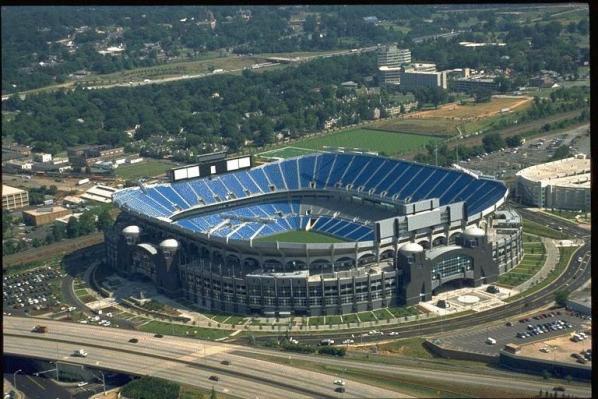 Is a return to Charlotte in the future?

3. NASHVILLE: You can count on the weather, as well as the love of off-road vehicles that comes with any Southern town. Loretta Lynn's is an hour away and it always does well, but then again, it's driven by participants, not necessarily spectators.

2. CHARLOTTE: This one seems easy. Weather is good, the Carolina MX scene is robust (Joe Gibbs Racing, Austin Stroupe, Broc Tickle, Ian Trettle, Les Smith, Cooper Webb, and more), and they have a great venue in Bank of America Stadium. SX had some success at the old Memorial Stadium, but it was old and small, so they moved out to Charlotte Motor Speedway, but it was huge and looked empty. Bank of America is a beautiful downtown stadium that sits empty in the springtime. It would be nice to capitalize on the big Southeast audience that comes to Atlanta, but the downtown Charlotte location makes parking and pitting very challenging. Those 1960's and 1970's era stadiums, such as Qualcomm in San Diego, may not be beautiful, but the old-school idea of building out in the spacious suburbs does lead to extra space for the team trucks. 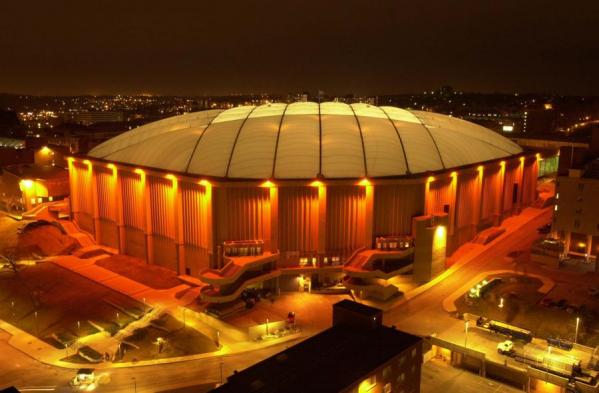 A return to the Northeast is something to keep an eye on.

1.SYRACUSE: The series organizer has long coveted a foothold in the Northeast, but weather patterns and a lack of stadiums with roofs have conspired against them, as has the higher expense of using union labor to bring in the dirt, build the track, and run the race. But Syracuse's Carrier Dome always seemed doable, except for the fact that the building had a "no dirt" policy until just recently. In fact, it hosts its first Monster Jam in a couple of weeks, and Monster Jam is a property of—wait for it—Feld Motor Sports! The Northeast needs a race more than any other region, and Syracuse, which is very close to Unadilla, is the place. Stay tuned!