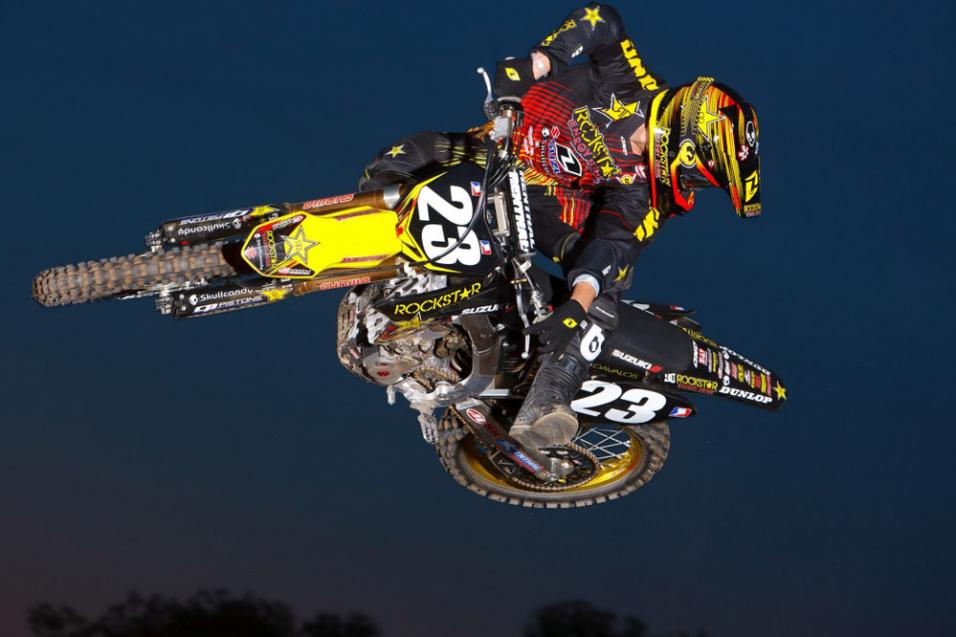 January 7, 2011 9:30am
As you may have noticed on the pre-entry list for this weekend, there’s a lot of foreign talent in the Lites class, including riders from Germany, South Africa, Canada, Japan, and Brazil. The South American nation of Ecuador will be represented by 23-year-old Martin Davalos, who will coincidentally be piloting the #23 RM-Z250 for the Rockstar Energy Drink Suzuki Lites team. We gave Martin a call today for this quick update.

Martin Davlos: Hola. Oh, what’s up, buddy? Sorry, I saw the weird number and I thought my parents were calling me, so I was going to talk to you in Spanish.

[Laughs] Well, this interview wouldn’t have gone very far then. What’s up?

Oh, not too much. I’m at the track right now for the press conference and a few photo things.

You know, you’re my favorite rider from Ecuador.

Have you been back there lately?

I went after the des Nations. I went back there for three weeks but then I had to come back to get ready for supercross. Being on a new team and on a new bike, I knew it was going to take me a little longer to get used to the bike and get comfortable. I usually spend, like, a month and a half back there, but I couldn’t this year.

Well, not only are you sporting a new number, you’re on a new team—one that is clearly capable of winning races. That must have you motivated.

I’m very motivated. Honestly, I’ve had 577 for quite a long time, and as an amateur I was 77, so I think I needed a change. Being on a new team and a new bike, it was time. When they told me I was 23, I was excited to try something different. 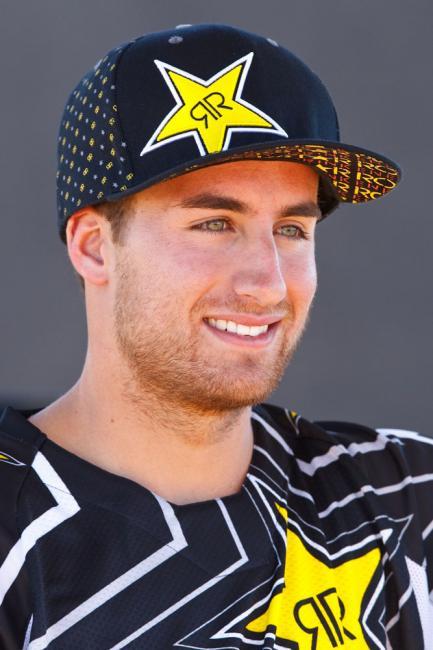 Davalos is hoping a new number and new team will bring success in 2011.
Photo: Simon Cudby

You actually raced Suzukis for a little while in your final years as an amateur. Has the feel of the bikes changed much?

It’s a completely different bike, especially with the fuel injection. Suzuki has always been known for turning so well, and everything else improved so much. I feel so comfortable on the bike. I thought it was going to take me long to get comfortable on it, but I felt great on it the first day.

You’re one of the veterans of the Lites class nowadays.

Yes, you’re right, and I feel that’s an advantage for me. I’ve had good results in the past, as well as some inconsistent results, but I know I’m capable of running up front. In the past it’s been a struggle to be consistent, but with this new team being behind me, I think I have all the ingredients to have an incredible year.

This year I have no excuses. I need to go out there and win races and get my name up there. I feel like I’m very prepared and I feel better than I have ever felt. I’m just really excited to get racing.

You raced the West Coast in 2007 and rode the East every year since then. What made you decide to ride the West again this year?

Well, riding the East made it easier for my family to come over and watch me race. They’d just fly into Miami and just drive from there, so they were able to spend more time with me. But at this point in my career and life, I can’t worry about spending time like that; I just need to focus on racing and on my career. Plus with me and Mo [Ryan Morais] riding West, it gives the rookies a little more time to get ready. 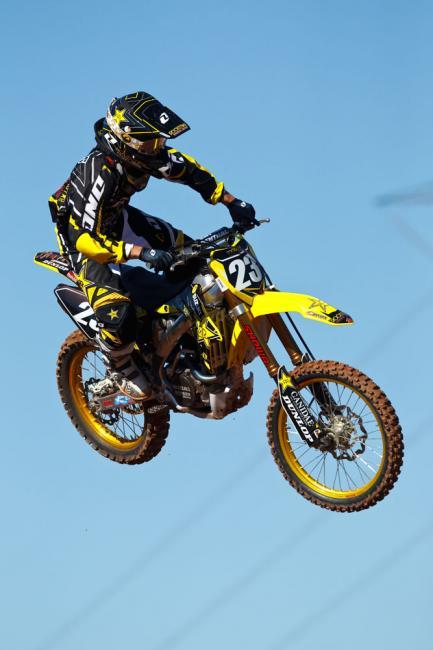 From a riding standpoint, do you have a preference on which coast to ride?

Not really. When I lived back on the East Coast I liked riding there because the dirt was softer and that’s what I was used to. But since signing with Suzuki I’ve moved here to California, so I’m used to the hard-pack.

I am. We really didn’t know which coast I was racing, so Suzuki told us all to be ready, and that’s exactly what I did. I got myself prepared. We then got all that rain recently, and for me it was good because I was riding and training so much that I needed to taper it down a bit.

How do the other guys look on the team?

They look really good. Ian [Trettel] has been working with me and my trainer John Louch, and he is getting a lot more comfortable on the supercross track. We ride and train together, so that’s been good for us. He’s a really talented kid and he should be running up front.

Martin, can you win Saturday night?

Yes, I think I’m capable of doing it. Like I said, I prepared myself so much for this, and I’ve been working really hard my whole life to be where I am, so I’m looking forward to Saturday night. It’s up to me to do it and I have no excuses. My dad is coming and I’m really pumped.