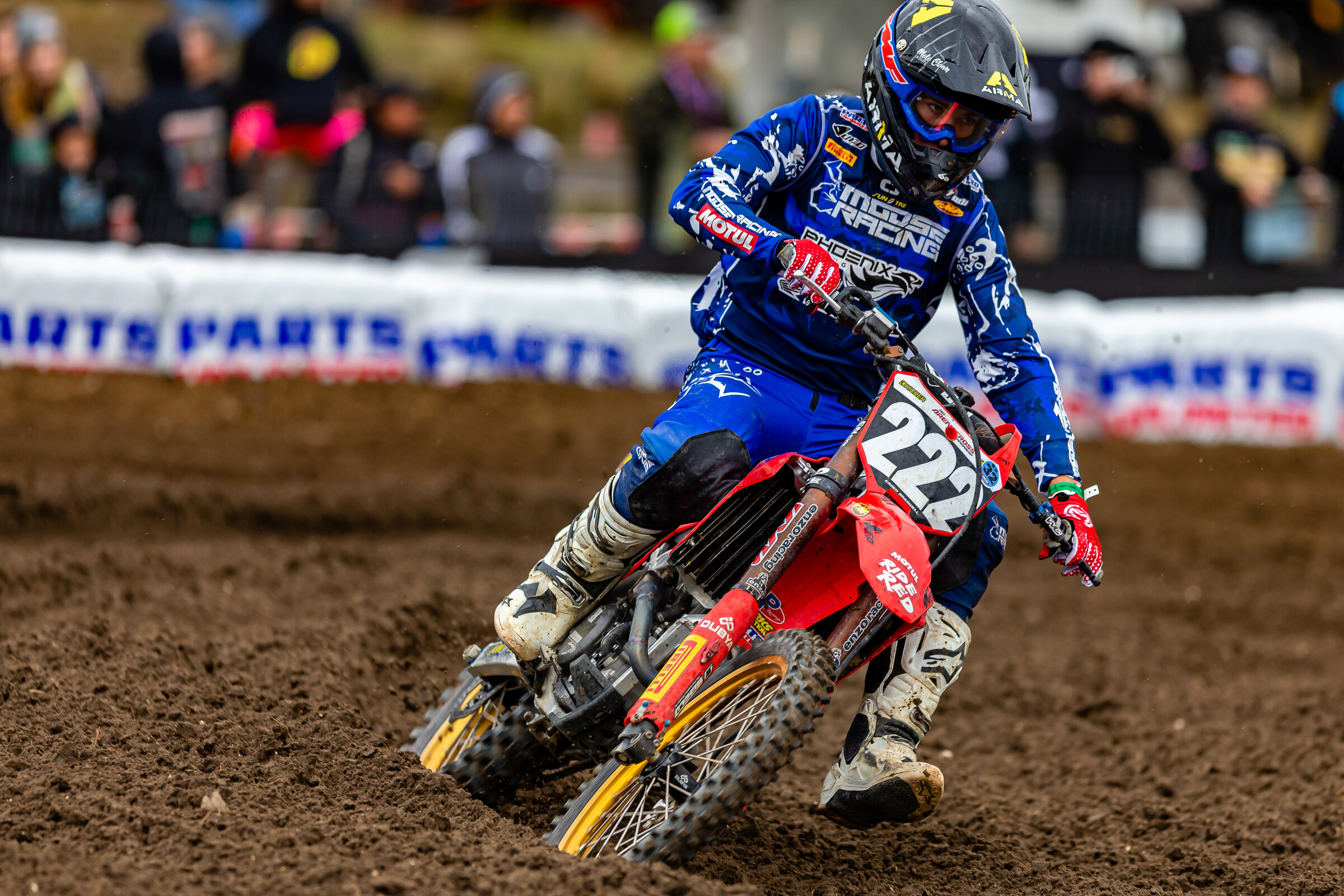 Caden Braswell took the industry by storm at the Monster Energy AMA Amateur National Motocross Championship at Loretta Lynn’s Ranch over the summer, when he won the 250 Pro Sport division and took second in Open Pro Sport, finishing on the podium in five of six motos. He did it the hard way, too, overcoming some big names in his consistent charges from the middle of the pack to the front. Loretta's longer, rougher motos (they increased to 25 minutes this year) helped showcase his skills and strength—the kind of stuff that matters more at the pro level compared to the sprint speed that defines a lot of amateur racing.

Then there's the personality! Caden has a unique, deep outlook on life and doesn't sound like the typical racer. Jason Weigandt gets down to it in this interview with Braswell. They talk about his new deal with Phoenix Honda, racing the Mini O's to get his supercross points, and even some AMA Arenacross, all in prep for supercross in 2023.