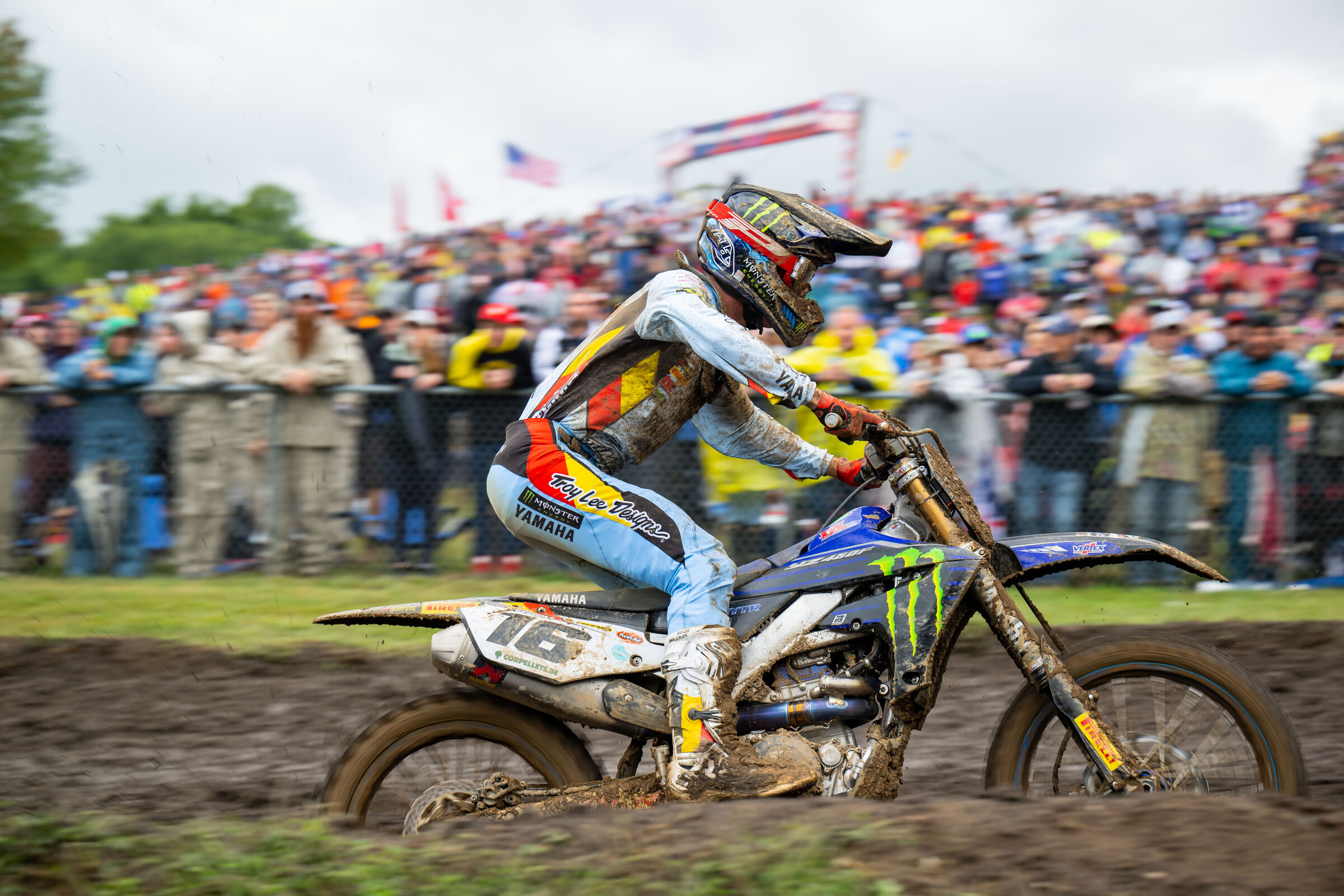 The Motocross of Nations is always packed with notable moments but behind the winning nation, some things can be lost. Three riders who had great days at the Motocross of Nations were Team Switzerland’s Jeremy Seewer, Belgium’s Jago Geerts, and Italy’s Antonio Cairoli. Each of them will have fond memories of this incredible race for different reasons.

To give each of them their due credit, we felt it best to highlight each rider and talk about how their day went.

Seewer entered this event after finishing second in the World Championship behind Tim Gajser, but as Gajser did not race for Slovenia, it arguably put Seewer to the top of the MXGP rider power rankings. Seewer pointed out many times before entering this race that his goal was to win the MXGP class and things were looking solid on Saturday in qualifying when he got right out front in the qualifying race. But a crash from the lead on the first lap slipped him back a bit and he never quite seemed to find the magic from there.

His scores on the day were 4-5, which reflects much of what Seewer has become—extremely consistent. He still holds the longest active streak in MXGP for most consecutive races and has finished second in either the MX2 or MXGP championship in five of the last six years. He may have missed his goal of winning his class on the weekend, but he gave the likes of Maxime Renaux, Eli Tomac, Jorge Prado, and more, fits all weekend.

Jeremy Seewer: “I enjoyed this weekend a lot. Especially yesterday, when the track was dry, it was incredible. I had some good racing yesterday. The fans were amazing; it gives you goosebumps. I’d say I had a solid day today. Nothing ‘wow’ but also nothing bad. My riding was pretty good. I was consistent and didn’t make any big mistakes, other than a small tip-over in race one. Other than that, it was a good day, and that’s a wrap on this season, so I am just looking forward to having some days off.”

Jago Geerts should likely be considered the standout of the weekend and for good reason. After an extremely disappointing end to his 2022 MX2 season where he narrowly missed the world title by a few points, Geerts hopped on a 450 for the first time in his career to try to lead Belgium onto the podium. Most people theorized Geerts would be good on a 450, but almost nobody expected him to be this good.

After winning the MXGP qualifying race on Saturday, Sunday’s Race 1 was unbelievably impressive. After Eli Tomac holeshot the moto and worked on pulling away, Geerts latched on to the four-time 450 class Lucas Oil AMA Pro Motocross champion and went with him. At times, Geerts even was getting close enough to consider passing for the lead and he was consistently running the fastest laps of the race. Tomac eventually snuck away by just a few seconds and won the moto, but jaws were on the floor when everyone realized that Tomac and Geerts crossed a few seconds apart and put 58 seconds on everyone else. In Geerts’ 450 debut, he essentially put almost a minute on GP winners like Renaux, Seewer, and Prado.

The second moto for Geerts was a frustrating one, as he crashed twice early and had to come from nearly dead last to 11th, but the first moto ride will make a lasting impression.

Jago Geerts: “Overall, I am happy about the weekend. It was really fun on the 450. Winning the Qualifying Heat yesterday was unreal, a little bit unexpected, but really nice. In the first race, I took the holeshot but made a small mistake, which let Tomac past me. I was able to follow Tomac for the whole race, so that was pretty good. I was happy with that. In the second heat, I had a good start but crashed twice on the first lap and only got back to 10th. I am still happy with my riding and my first race on the 450, it was just a fun weekend.”

We now know that the Motocross of Nations was Antonio Cairoli’s last race as a professional, at least he says it was. The nine-time World Motocross Champion retired from MXGP in 2021 but did race part-time in Lucas Oil AMA Pro Motocross in 2022. Cairoli was the figurehead of not just Italian motocross, but really, European motocross for over a decade. In what was ultimately the last race of his illustrious career, Cairoli had the honor of wearing the big #1 plate since Italy was champions of the 2021 Motocross of Nations.

It wasn’t quite a win for Italy or Cairoli on the day, but after so many years of trying to put Italy on top in the Nations, Cairoli finally did it in 2021 and reaped the benefits of representing his native Italy one more time as the reigning champions.

Antonio Cairoli: “The starts were important in these kinds of conditions, and we did not get it in both motos; in the second race I slipped on the grill with the water and was almost last. I had to come through the pack in both races. I was making decent passes and ninth was good. I’m pretty happy even though we didn’t really get into mix. When I crossed the checkered flag in the last moto, I was very emotional because I knew this would be my last pro motocross race. It was hard! I’m happy about the result as I know I haven’t raced since May. No mistakes, no crashes and riding just for fun. It was good.”