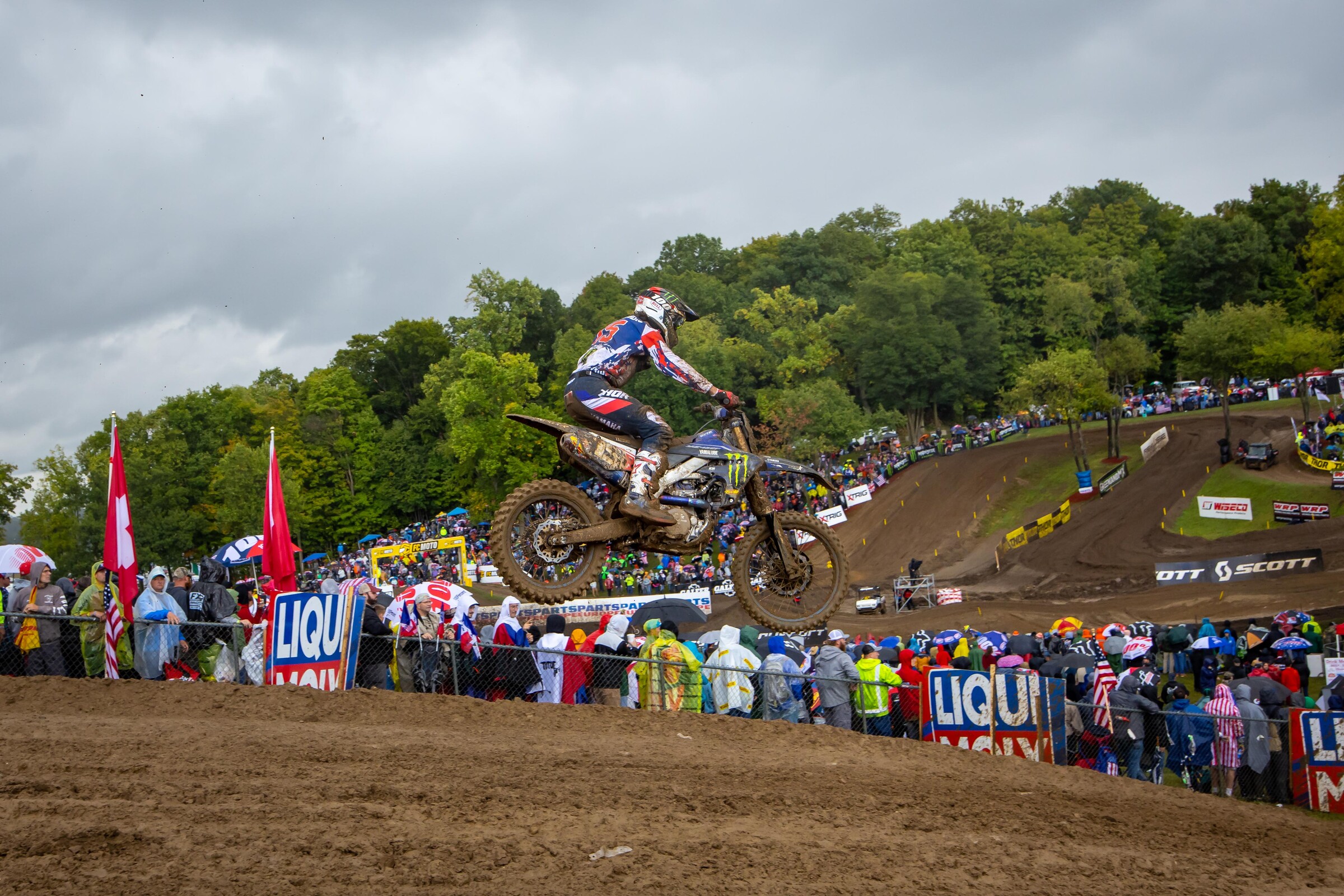 Perhaps the standout performer of the day at the 2022 Motocross of Nations came in the form of Team France’s Dylan Ferrandis. The 2021 Lucas Oil AMA Pro Motocross champion was coming into the race with some question marks after his contact with Justin Barcia at Budds Creek resulted in injuries to his back. Ferrandis was adamant on Friday that he was feeling 100 percent and was ready to do battle to try to put France back on top.

He pushed Chase Sexton all day on Saturday and eventually won the Open class qualifying race before following it up on Sunday by being the clear fastest rider on the track. Unfortunately, Ferrandis crashed in the first turn of Race 2 and spent the whole moto working his way back to sixth. He then crashed the lead away in Race 3 and had to settle for fifth. His scores don’t reflect what Ferrandis was capable of though, and we caught up with him afterward to see if that was a huge boost for him as he prepares to contend for titles again in 2023.

Dylan Ferrandis: I gave it everything today. Not very lucky. Moto 1 I had a crash off the start when a guy hit me. Moto 2 I threw away the win. Was pretty frustrated with that. I regrouped and I did everything I could to secure the second overall, and I think for me and the team today that was the best we could do. Congrats to Team USA, they were very strong today, they had the home soil advantage and the crowd on their side, I was a little jealous! Next year we will have the race in France and it’s going to be different. I think it’s good that we finished second at RedBud. This event is so unique, and we had such a great weekend for the riders, the fans, and the industry, and it’s great to have an event like this at the end of the season.

They gave out a lot of different awards. Teams, classes, rookies, watches. They did not give a fastest lap time award, which you had in both motos. Did you realize that? We need to have that award because you were definitely fast.
Yeah. I was fast but didn’t win so yeah. I’d rather be not fast and win, you know?

What happened in the first moto to lead to that early crash?
Good start, very good start, and someone from the inside came a little bit out of control and hit me and nothing I could do. So, bummer to start dead last and I gave everything I had to come back, and I got fifth or sixth, I don’t remember.

You seem confident all weekend, but does it give you a little boost to leave this weekend saying, “I’m right there with anyone?” Do you need that?
Yeah exactly. That was kind of my main goal. For sure my goal was to win for the team and to win for myself, but also to prove to everybody, to prove to the world, to prove to the industry, my sponsors who support me, Yamaha who just signed me again for next year, that, 'Hey, I’m here. This year I had a bad injury. We know that this sport is dangerous. Shit happens. But yeah, I’m back. I’m willing to work. I’m willing to put in the hours.' And yeah, you can see that the speed, the physical strength, everything is okay. Just maybe my mind needs to be better when I’m leading a race and I crash by myself. Maybe I need to work on that. I think that that’s almost the easiest part to work on when you have the speed and the strength. That’s the most important part. So yeah, I proved that I have that and I’m ready to put in the work this winter and be ready for next season.

How helpful was it to have Gautier Paulin behind you?
Sometimes you have a trainer that has never ridden the track or has never been on the level that we are. When Gautier says you should do that, or I used to do that, you cannot say no. What he said today specifically is that it’s a team sport in the mud maybe more than in the dry. His career speaks for itself. Having this guy here for us mentally gives us more confidence.

The back injury, at one point I heard it was really bad. Were you worried at all or was it not that big of a deal?
No, it was never bad. I did all of the exams that I could do, and it showed that I have nothing. I mean, if I punch you now in the back, you will have some pain for a few days and maybe weeks. So, it was just that. I just couldn’t ride at home at my full potential so every time I was trying to ride, it was bothering me to the point where I had to stop. I just took a few days to recover and I’m back.