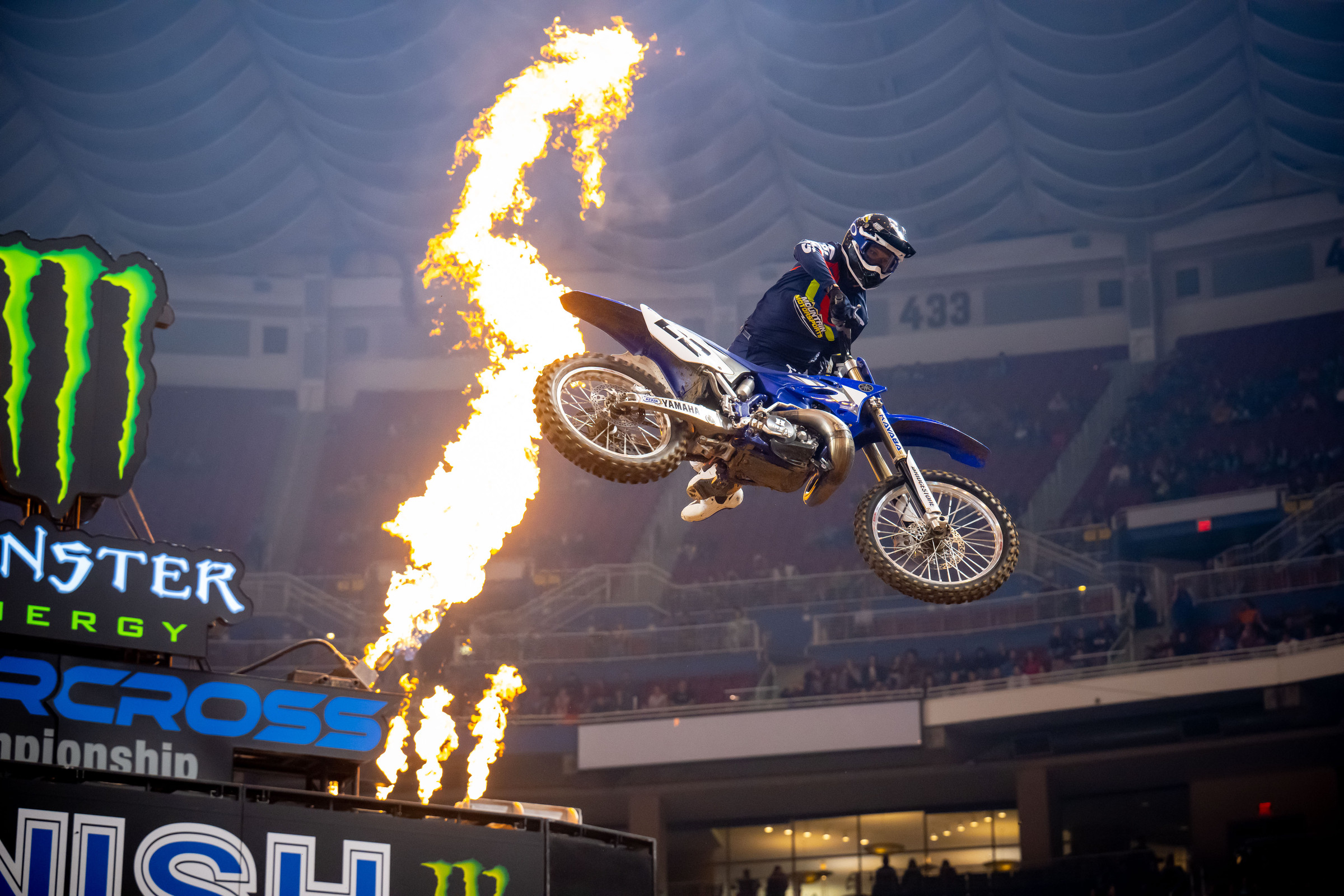 Exhaust Podcast The Past & the Future (with Chad Reed)

Following Chad Reed's return to Monster Energy AMA Supercross—well, his return to opening ceremonies, at least—Jason Weigandt rang up the legend to chat about getting his championship-replica 2004 YZ250 two-stroke ready for the track in St. Louis. Turns out to be a much more complicated story than you'd imagine, from early-morning scrambles to put parts in bags to the throttle sticking on a jump and nearly ending everything badly. Enjoy Chad's tale of retro two-stroke madness, and then focus on the future. Chad and Ellie Reed were really in St. Louis so their son Pace could participate in the KTM Jr. Supercross Challenge. How are the Reeds navigating the world of amateur minicycle racing? What about the pressure that comes with the name Reed on the jersey, and starting a YouTube channel? Jason and Chad chat about all of it here.

The Racer X Exhaust podcast is presented by Yoshimura, Leatt, and OnTrack School.