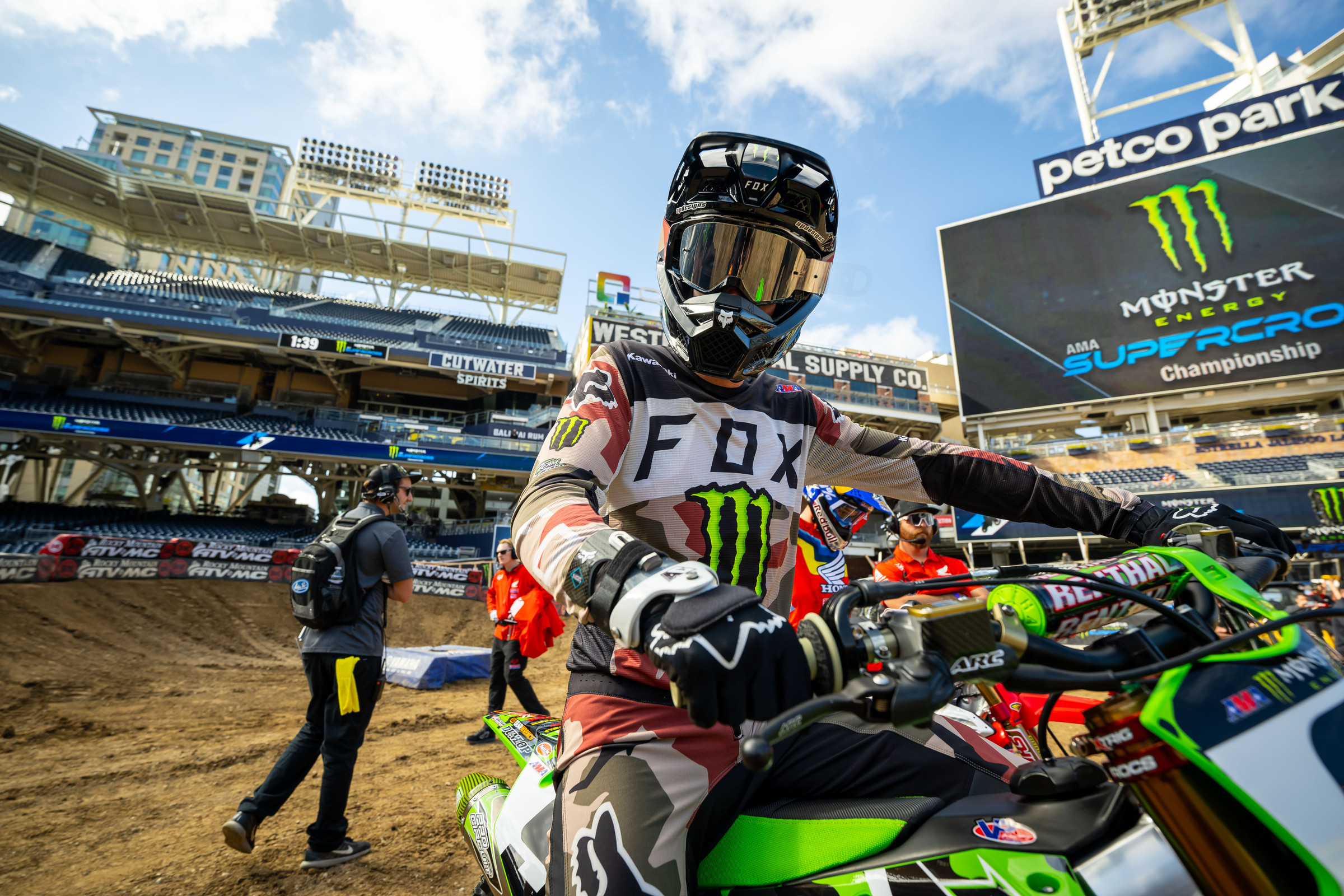 I interviewed Adam Cianciarulo because I knew he had come to a higher level of understanding. Because I knew he had taken the hard knocks and figured out a way to come out smiling. Still, I didn’t expect him to be quite this profound. His perspective today starts with this: he would like everyone to know his life is not rough. Yes, he’s out injured again. Yes, injuries have cost him a lot of time, caused a lot of pain and likely cost him a lot of wins. That doesn’t mean his life is rough. He has been paid a lot of money to race a dirt bike. There are far, far worse things to deal with in life.

He didn’t think that way at first.

“I mean I was so dead serious,” he says. “I treated it like a job at six years old, I had a pit board out there doing lap times. And I wanted that! Growing up in the sport, athletes, it’s not unique to me. You wrap up who your value as a human being as to what you achieve.”

Wrapping yourself in success is fine when the success keeps coming, but during his professional career, the injuries have come for Cianciarulo more, including 2022, where he came into Anaheim 1 with a separated shoulder, and then tore his ACL at round three. Adam isn’t even sure he will be able to line up for Lucas Oil Pro Motocross, if he wants to truly take the proper six-to-eighth months to recover.

“When I went to the gate on Anaheim 1, I really didn’t know how it would go. I tried to give Jason [Anderson] my gate pick, because I had a better pick from the heat! I didn’t think I could make it. A1 was pretty rutty, and my right-hand corners were so bad. I was just all over the place, and I felt like I had won the race when I got 12th,” he explains.

“Then to San Diego, I felt like I was crushing the whoops, and I think things were coming around for me with the shoulder. I mean, I had never ridden a bike that felt as good in the whoops as my bike felt that day in San Diego. I was stoked. But the big thing was external rotation strength. Anytime the bike went left, I kinda’ couldn’t do much. I got a tiny little kicker in the whoops and I was like “Okay, let’s shut it down. You’ve already done your fast lap.” I just tried to slow down. That’s all I tried to do, slow down. I couldn’t keep the bike from going left—and I got the leg out. That’s all.”

That got his ACL and that was it.

“I felt like I had to race,” he says. “Obviously in hind sight I can look back and say you’re an idiot, but had it worked out…being able to build and get into the season and put in some good results…I had thought about all my options, I talked to the team about it, I made my decision, and it bit me in the ass.”

This is where you expect Cianciarulo turn mad or sad. Another season washed away. More time in recovery. This is where the surprise comes in. It’s been a long, hard journey to get to this point, but Cianciarulo no longer wraps up his self-worth in results. He still wants to win and is willing to work for it. When it doesn’t happen, though, he’s able to cope exceptionally well.

“So, for a long time, a long time, and every now and again I feel that way, I’m not perfect by any means, but as I get older, I realize that I have value as a human being just by who I am, by my character, by my integrity,” he explains. “Not saying I’m perfect or great or anything, but those are the things that I value. Then, over here, I have my dirt bike racing. And I care about that very much…like, a lot! But at the end of the day, all I can do is the best I can do. Yeah, I had to learn that. Sure, maybe my shoulder doesn’t pop out at Toronto in my rookie year, I win some titles, everything goes good. But looking back now, I don’t want that. I’m such a different person. When you care so much about it [racing], you have to find coping mechanisms for it or you’re going to shrivel up and die! That’s how I felt about it. It’s just been a growing process. Yeah, I get down, it’s hard. Spend six months of the off season grinding my ass off, then I do my shoulder, then I do two races and I’m sitting on the couch again. It sucks. But I did my best, I do my best, that’s what I’ll do until I’m done and that’s what I’ll do in life in every other area.”

That’s an awesome external idea. That’s a great way to look at it. But how did Cianciarulo go from trying to think that way, to actually feeling that way, legitimately?

“Fake it ‘till you make it baby!” he laughs. “Then eventually it becomes the way that you live and the way that are. Making big changes is hard in general, but eventually I kept at it, kept at it, and then you see the benefits from it, and it becomes easier to make a habit of it. I’m by no means perfect. I’m not saying I don’t snap, and I don’t get down. From the outside looking in, you’d think this sport is kicking the shit out of me. But I don’t feel that way.

That’s when Cianciarulo bears down with the hard lesson he had to learn along the way.

“I think we have this perception that you work hard, and you do well,” he says. “But hard work doesn’t guarantee you shit. Nothing. And this sport, it owes you nothing. I’ve been going through five gallons a gas per day since I was four years old. I put everything into this, and then I’m just getting the shit kicked out of me. It starts to hurt, and you start to rebel against it. It makes you bitter. Those two years I was off at the start of my career, I couldn’t even watch the races. But that’s where that mindset we talked about kicks in. This could all not work out for you…and you can still be okay! Your values and your integrity? That will be with you forever. All this stuff is awesome. It’s fantastic that we care about it [racing] this much. But you’re okay!”

Is he bummed about missing more races? Yes. Is he in a bad place? No. Is he going to rehab and try to come back and finally reach the heights. Of course. There is nothing but positive radiating out of Adam Cianciarulo these days.

Of course, some will wonder if he no longer cares enough. Can you forgo wrapping every fiber of self-worth in results and still win races? Cianciarulo thinks so. This isn’t about reducing the workload or the effort, anyway.

This is about the mental side. Adam still wants to do the work, and still loves racing.

“If I were perceiving this conversation from the outside, it probably looks kind of soft,” he adds. “You want to hear that an athlete doesn’t care about anything else. To that I would say, I’ve just found the value in it. It’s not [racing] because I just have to destroy these guys. That’s how I thought as an amateur. And that’s what I was taught and that’s how our society is. Now I’ve found a different love for the sport. I no longer have to accomplish this or that, and I no longer think that if I don’t do that, how am I going to sleep at night? When you take all that bullshit out of it, you’re left with a more pure love of the sport. I would counter to anyone listens to this conversation that thinks I don’t care, I would say, ‘No, it’s just caring in a healthy way.’ Ultimately for my personality type, that’s how I get the best out of myself.”

For Adam, he hopes the best is yet to come. But he won’t say what’s happened thus far is that bad, anyway. He’s still a dirt bike racer. Hard to be upset about that.

You can watch the full interview with Cianciarulo below: