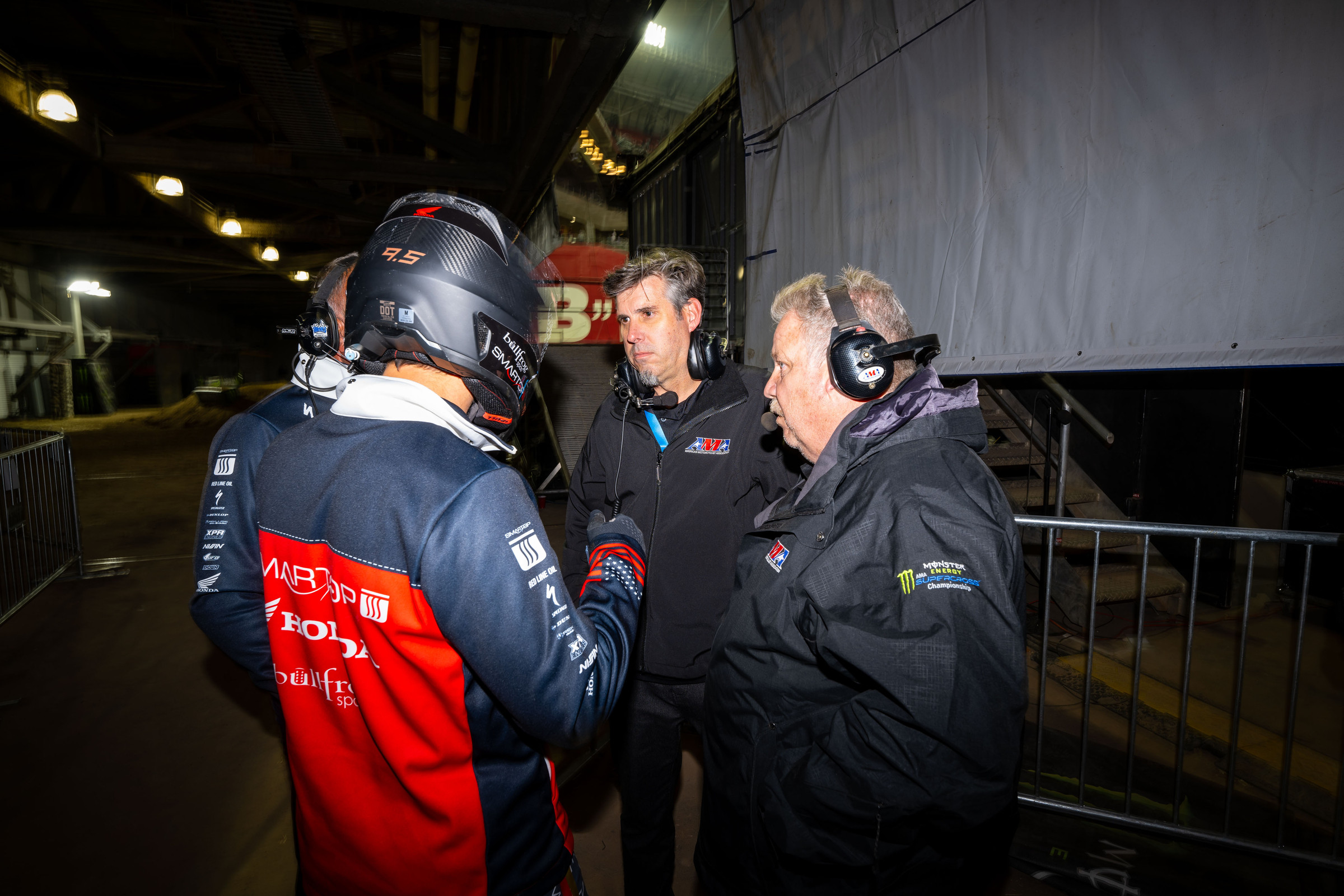 With the relationship between the Fédération Internationale de Motocyclisme (FIM) and Monster Energy AMA Supercross coming to an end in June 2021, there were some behind-the-scenes changes to supercross. Feld Entertainment continues to produce AMA Supercross, but the American Motorcyclist Association (AMA) became sole sanctioning body instead of splitting duties with the FIM.

One of the differences we learned heading into the new season—the first without the FIM’s involvement in almost 20 years—was the way penalties would be decided. In an interview with Steve Matthes in early January, former factory mechanic and team manager Jeremy Albrecht explained his new role with the AMA (Albrecht still works as a Joe Gibbs Racing employee during the week but is an AMA official during the weekends). Albrecht explained that this year there is a three-person AMA official team in charge of decisions when it comes to penalties: Albrecht himself, Mike Pelletier, and Tim “Tooley” McAdams. Together, the three would view the rulebook, evidence of infractions to the rulebook, and determine if a penalty is necessary.

Well, so far through five rounds of the 2022 Monster Energy AMA Supercross Championship, there have been some wild incidents and the crew has had their hands full on several occasions.

The AMA has done a better job of explaining penalties so far this season too, as post-race penalty reports have been provided by the AMA following each the conclusion of each round. Let’s take a look at the post-race communication directly from the AMA.

While several riders are on a list of “Written Warning, 6-Month Probation” there has not been an exact word on the next step. Essentially, a six-month probation will be through the finish of supercross. We imagine anyone on the probation list will receive a position and/or points penalty and fine if they are involved in another damaging incident.

Note: These penalties and information are directly from the AMA post-race penalty reports.

Racer X Note: No, neither Justin Barcia’s move on Jason Anderson nor Marvin Musquin’s move on Malcolm Stewart in the 450SX main event received penalties. Again, do not yell at us for any of these penalties (or lack of) in this post, these are handed out by the AMA, we are just relaying the message.

Racer X Note: In qualifying, Jerry Robin and Colby Copp were involved in an incident and were seen slapping one another's helmet, sharing words, and then Robin showed Copp his middle finger. Nothing from the incident was reported on the post-race penalty report. While video evidence of Barcia’s takeout had not been released to the public at the time, our guy Kellen Brauer broke down everything from that night in his Race Examination video below.

Racer X Note: Only one week after Anderson collided with Ken Roczen in the main event in San Diego, the #21 was given a written warning and six-month probation following his incident with Roczen at A2.

Racer X Note: If you have not see the Craig-Friese incident, watch it below. The main image used for this post was Friese talking to the AMA officials after the incident occurred. I do not believe there was any evidence of Marchbanks jumping on the red cross flag during qualifying, nor footage of the Harrison-Robin altercation that took place after the third and final 250SX race of the night. Our reporters at the race saw Harrison and Robin pushing each other and yelling at each other after the checkered flag, so that's where the AMA phrasing "Actions Detrimental to Sport" comes from. While there was an incident in the 250SX LCQ involving Hunter Schlosser and Copp where a takeout was followed by some pushing and exchanging of words mid-race, neither rider appeared on the post-race penalty report list.