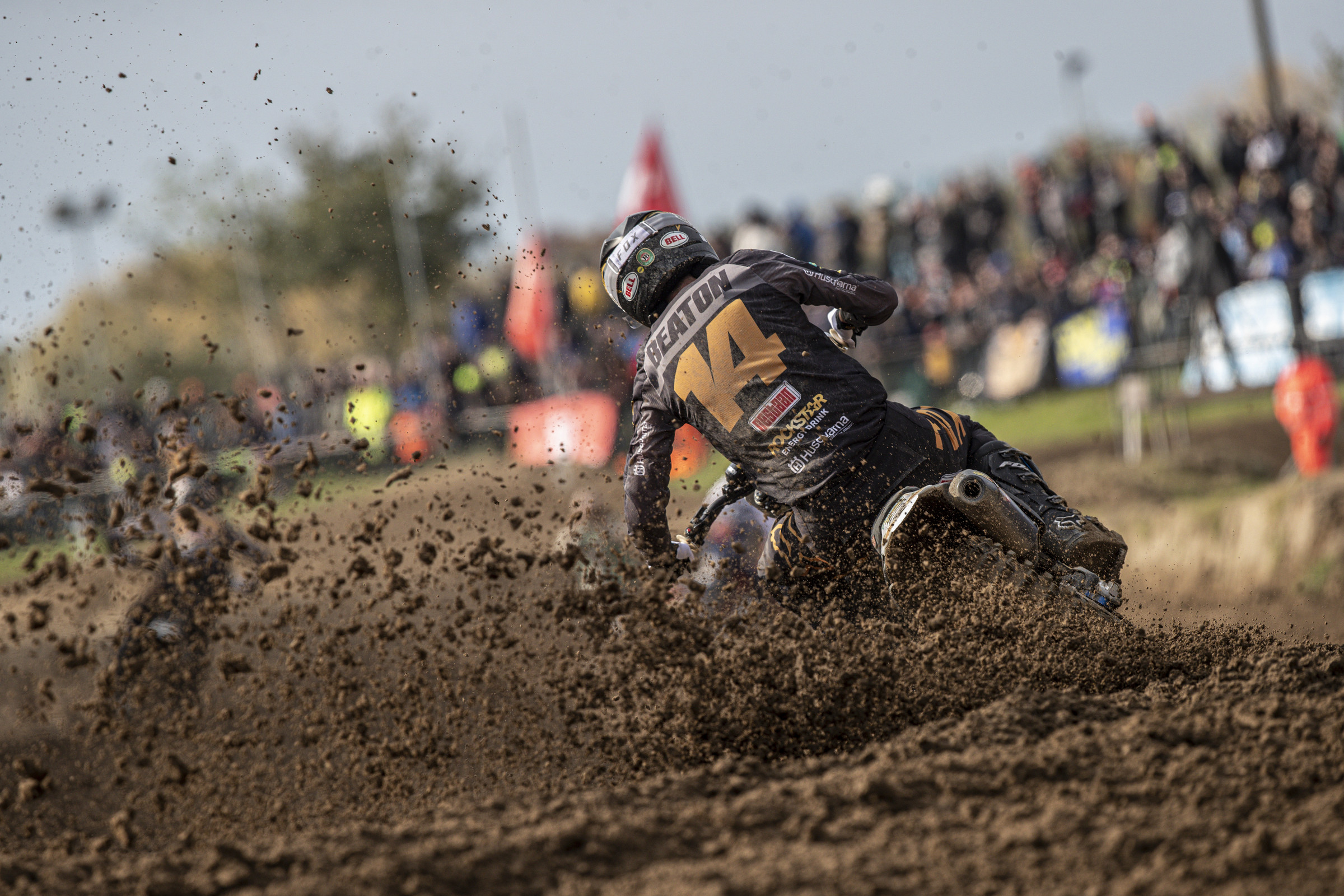 For Australia’s Jed Beaton, Wednesday’s MXGP of Citta di Mantova represents his final opportunity to race a 250 in an FIM Motocross World Championship event. He sits a solid fourth in this year’s MX2 standings, but due to the age limit of 23 in the MX2 class, Beaton will be forced to move up to MXGP next year and the Rockstar Energy Husqvarna rider currently does not have a 450 ride lined up. But he does want to stay in Europe and remain in MXGP as he feels it’s where his best opportunities lay. So, on Wednesday, he will have one last shot to show prospective teams what he could bring to the table for them next season. We caught up with him after his fourth place overall at Sunday’s MXGP of Lombardia to hear his thoughts on what lies ahead.

Racer X: Pretty good day overall. I felt like speed-wise, you were there. Maybe if you started with those guys, maybe you would have stayed up there a little bit longer. How did you feel about it?
Jed Beaton: Yeah, I mean it was a pretty good day for me. Like you said, I just didn’t start with them and then it gets that too big of a gap that you kind of can’t catch back. So yeah, a lot of people were quite similar in speed today, which makes it difficult to make the passes and stuff. Honestly, I felt a lot better in the second moto than the first, but it just took me a few laps to get into it and by the time I’m there, they have that 10 to 15 second gap. That’s all that really made it difficult. I’m looking forward to the Wednesday. Hopefully I can start up there and try to get some better results.

Do you think that has anything to do with the one-day format since they probably grade the track overnight a bit more and you guys don’t wear it in as much?
Yes and no. Most of the time I think it’s when they water the track in the mornings for us because we have the qualifying and the normal practice in just the same session. Once there is a dry line, everyone seems to go for it because everyone wants to get a fast lap time. Obviously, once you go out of that line, it’s not fast at all. So, I feel like that makes it a bit one lines but when the 450’s get out there, they mix it up a little and change the lines so that makes it a bit better. But maybe that’s the only reason.

Wednesday is going to be your last GP in the MX2 class. How special would it be to go out on top with a victory?
It would be really special for me, but everyone’s going fast at the moment like you said. We’ve got to start at the front and make it happen like that. I’m just going to focus on my starts and try to get two good starts and see where we end up. Ultimately, it would be nice to end with a win.

Reflecting on your season a little bit, I’m sure you would have wanted to be more in the title hunt. But what positives have you taken away or things that you’ve learned in your final year?
Yeah, every race, there’s always something new that you learn. Always the tracks are different. The tracks are pretty gnarly over here. Every GP I feel like you learn something new and try to pick up the speed and follow the guys. So, there’s not one single thing that I could say I learned this year. I think it’s just a combination of things and more experience. Hopefully I can take that and be competitive in the MXGP class next year and see how we go.

I know you don’t know your plans [for 2022] yet, but what is your offseason going to look like coming into these next two or three months?
Yeah, I haven’t been home for two years. I’m going to try to get home at some point in that time and see family and everything. With COVID, it was nearly impossible to go home last year so I’m planning on doing that. But my plan is just to come back and have a really good offseason and build and build. Obviously, it’s going to be a big step to the 450 class. Those guys are going really fast. It’s a new challenge, new goals, so I’m looking forward to it. It’s going to be exciting.

Do you feel like you’re going to gel with a 450 well? Like how much time have you even spent on a 450? Height-wise, I feel like you’d fit the bike well, but do you feel like it will fit you well?
I’m actually really excited about it. That’s kind of the thing I’m looking forward to the most. I’m a big guy on a 250 so I think there will be a lot of benefits. Obviously, there’s going to be a lot of things that I’m going to have to get used to like setting up the bike completely, because it’s obviously a lot different from a 250. I’m looking forward to the power though since I’m a big guy. I’ve never really rode 450s that much before because I didn’t want to get used to it and then have to go back to a 250. So, I tried to stay off it as much as I could but I’m looking forward to that step.

Would you try the Herlings program where you go back to your 250 to train or would you want to just stay on the 450?
Maybe after a while. I rode a 250 for a long time so I’m looking forward to getting on a 450. I think he does it for a little bit of fun to keep it as fun as he can, but for me it’s a whole new step. So, I think I’ll stay on the 450 for a while until I’ve ridden it for a few years and then I’ll break out the 250 again.