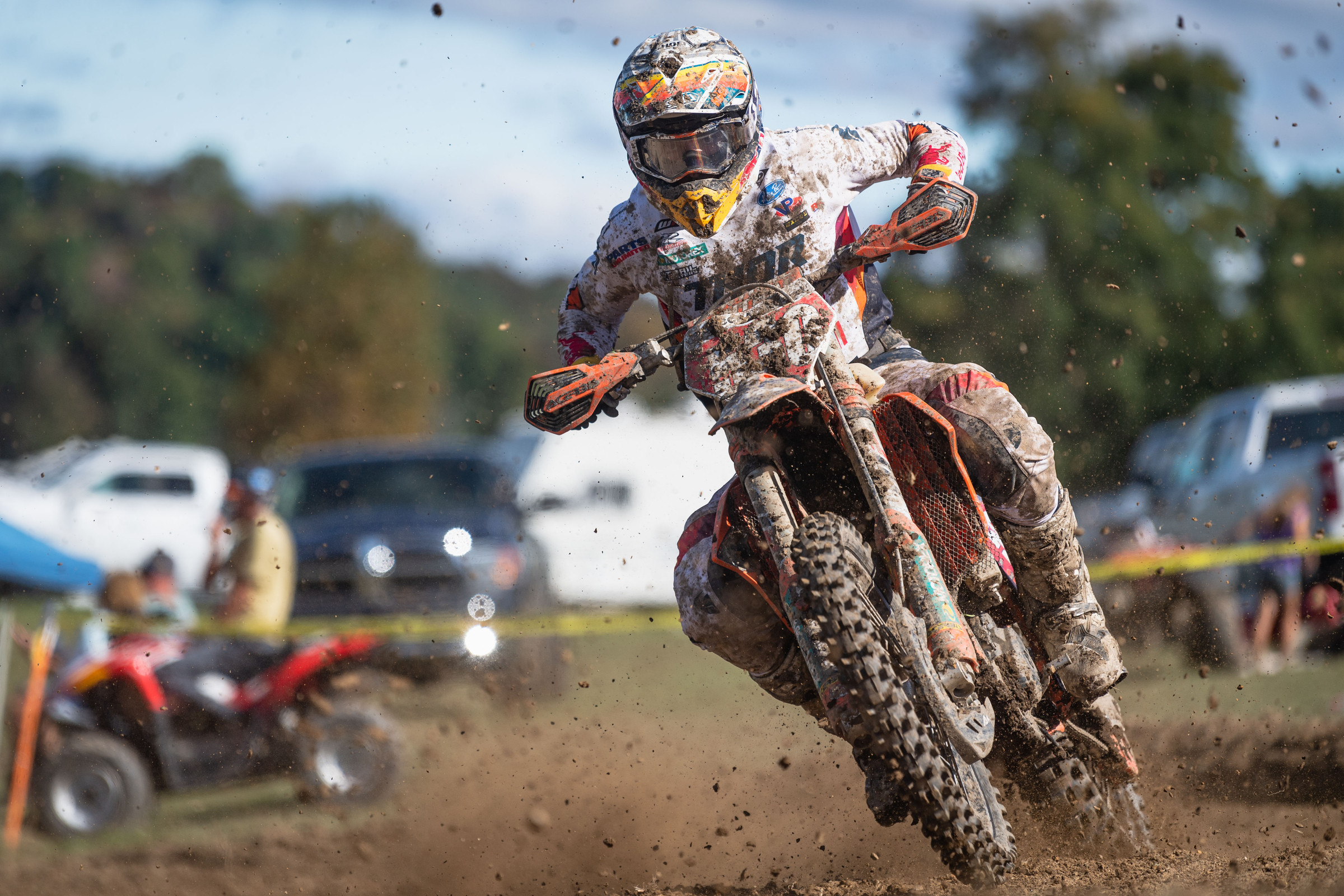 GNCC Report Things We Learned at the Buckwheat 100 GNCC

Newburg, West Virginia’s, CJ Raceway would play host to the penultimate round of the 2021 Grant National Cross Country (GNCC) Racing season with the Buckwheat 100 GNCC. The battle for the GNCC National Championship has tightened up to a historically close fight and the Buckwheat 100 event would result in yet another lead change. Here are a few keynotes from the weekend.

As we mentioned, the hunt for the 2021 GNCC National Championship has come down to the wire. Heading into the Buckwheat 100 event, Steward Baylor had broken through to take over the points lead by just a single point. The points payout in GNCC sees a five-point spread from first to second place overall, so a one-point difference meant just about nothing; it was as if these guys sat completely tied.

Ben Kelley’s mission was to go out and win the race, thus taking back the points lead with a four-point lead heading into the final round at Ironman Raceway. And the FMF KTM rider did exactly that. He would take over the lead on lap three and never look back as he rode to the overall win with a two-minute lead over Steward Baylor, which was the biggest gap from first to second that the series has seen all season long. Baylor admitted to having some struggles throughout the day, but a second-place finish on an “off day” is nothing to scoff at.

What this sets up is a winner-take-all battle down to the finish in the final round. Most expect it to be a private battle between Baylor and Kelley for the Ironman race win, and the championship. But what scenarios are there if they’re not racing for the win? If they’re racing for second place, Baylor would have to finish ahead of Kelley to win. This would leave him scoring 25 points for a total of 313, which if Kelley finished third, would also give him 313 points. Baylor has more race wins, which serves as the championship tie-breaker. However, if Baylor were to finish third and Kelley fourth, Kelley would win by one-point. Obviously, any flip-flop in this order would result in the title going to Kelley.

There are several riders that could mix up the championship as well, including Thad Duvall and Josh Strang, who could land on the podium and add more points between the lead duo with strong results of their own. Either way, the finale will be one for the books!

If you’re around and can make it to the finale, it’s going to be one you don’t want to miss. If not, tune into RacerTV.com for free to watch all the action on both Saturday (Pro quads) and Sunday (Pro Bikes).

Girroir Wraps It Up

While the XC1 championship is down to the wire, the XC2 class was officially wrapped up at the Buckwheat 100 and Johnny Girroir broke through to claim his first-ever championship in any class of GNCC Racing. While a number of riders come up from the youth ranks of GNCC Racing, Girroir came into the series as an adult and never raced the series full-time until he was in the professional ranks. After dropping out of the championship battle with one round to go in 2020 due to a concusion, Girroir was able to rebound in 2021 and come in as arguably the guy to beat all season long.

Girroir won nine of the 12 races so far, and only had one finish outside of the top five, which was actually a sixth-place finish at the opening round. The 2020 XC2 class champion, Craig Delong, has long been the most consistent guy in the XC2 class and while he’s only claimed one XC2 race win in 2021, he’s only finished off the podium in two rounds, and also never worse than sixth place.

GNCC rules state that once a rider has claimed an XC2 class championship they are allowed to defend that title the following season but after that they must move to the XC1 class regardless if they successfully defend the title or not. This means that Delong will be making the jump to XC1 in 2022. While there’s no official word yet, its likely Girroir will defend his XC2 title in 2022, but with Delong out of the XC2 class next season and Girroir out in 2023, the next couple of seasons could produce some close racing in the XC2 class as there’s no single standout rider set to take their places.

WXC ALSO DOWN TO THE WIRE

The ladies of GNCC Racing have their own tight championship battle coming down to the final round. Defending class champion Becca Sheets is looking to wrap up one more title before she steps away from full-time professional competition. At the same time, New Zealander Rachael Archer is looking to not just win the championship but beat one of the toughest competitors the WXC class has ever seen.

These ladies have swapped race wins back and forth all season long. Archer sits second with five race wins and a seven-point deficit. Sheets leads the way with a total of seven race wins and that seven-point lead. The ladies are scored the same as the other pro classes with a five-point spread from first to second, so not only does Archer need to win at Ironman, she needs a little misfortune from Sheets as well. This happens from time to time in GNCC Racing as there are so many variables on a widespread course with so many racers on track at the same time.

However, one big change for these ladies is when they’re racing and who they’re racing with. Due to the huge turnout of riders at Ironman, the weekend schedule has been changed with the Youth motorcycle race moved to Saturday afternoon and the Morning motorcycle race (which has seen nearly 1,000 riders on course all together!) has been split into two separate races. The ladies will be riding with less racers than a normal Ironman race, and the riders they will be racing with consist of the more experienced 45+ and 50+ age range racers.

This will hopefully limit the amount of riders on track all together and allow these ladies to have more space to make passes and produce a close race down to the finish. Much like the XC1 championship battle, this one is coming down to the end which is not exactly a normal occurrence for these racers! And again, several riders could play spoiler as Korie Steede, Mackenzie Tricker, and Rachel Gutish could each finish ahead or between the Yamaha due of Sheets and Archer, impacting the championship.