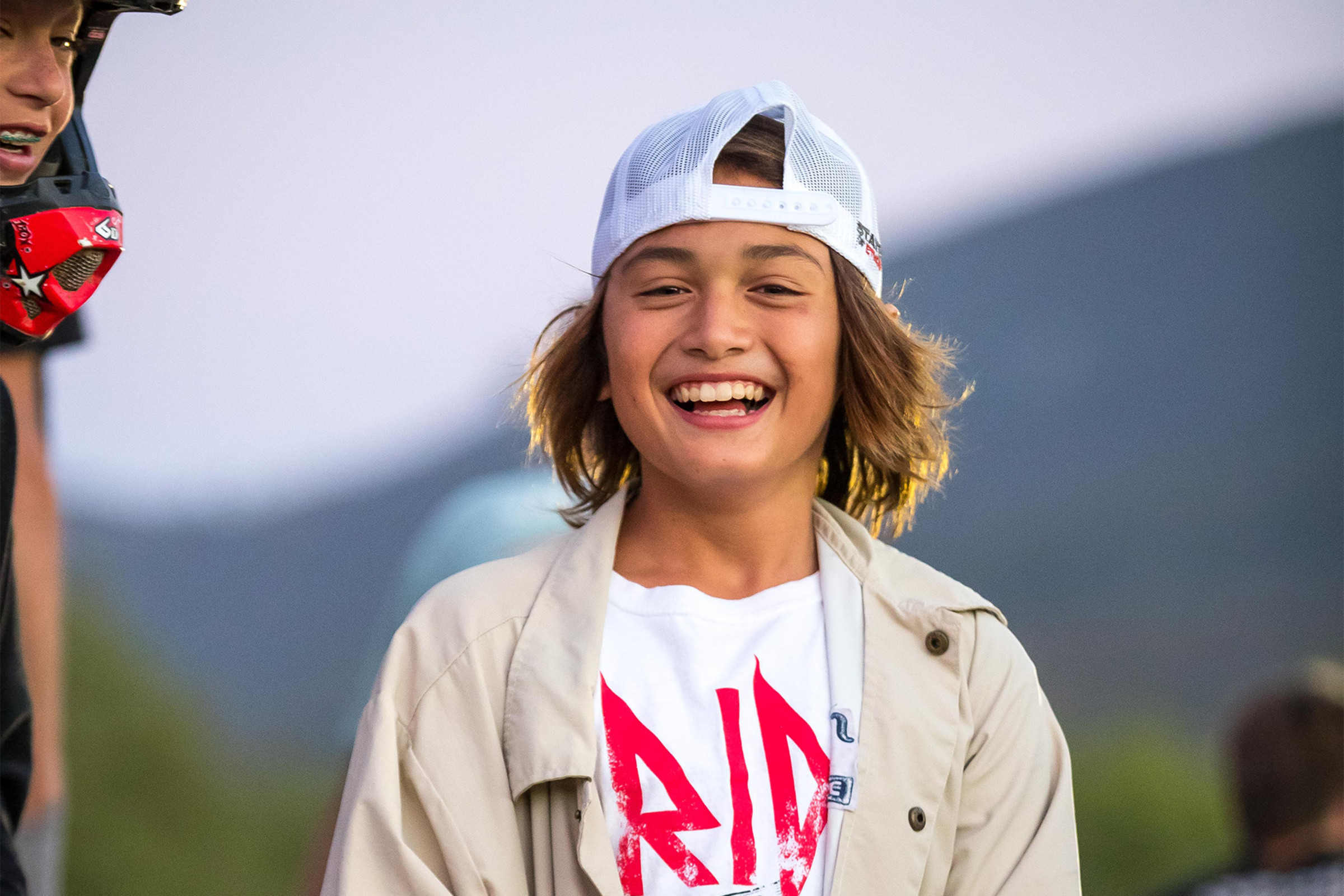 When we spoke to Bali, Indonesia’s, Kelana Humphrey in March of 2020, the then 12-year-old Super-Mini rider discussed moving to the United States and beginning to ride motorcycles just five years ago. While he continues to remain focused on his racing career and trying to compete and do well at invitationals and national championship events, Humphrey has also found success in a new avenue of motorcycle riding; free riding. Often found hanging around Tyler Bereman, Jeremy “Twitch” Stenberg, Axell Hodges, and many more of the top free riders in the world, Humphrey is no stranger to hitting big jumps. Those skillsets have now landed him a whole new opportunity as he was presented with a Red Bull helmet as the newest member of the Red Bull athlete program over the weekend at the Red Bull Imagination event. As the shock of the moment began to set in for the 13-year-old, we caught up with him to hear all about it.

Racer X: A big surprise for you here in Kansas. You’re now a Red Bull athlete. How surprised were you?
Kelana Humphrey: I was very, very surprised. I didn’t think I was going to get it. I just thought, I lost my helmet, and my dad was really mad at me, but somehow TB just walks up and he’s like, “I have your helmet.” I’m like, “Sweet, thank God.” He pulls it out. It’s a Red Bull helmet. I’m like, did not know that one was coming. No clue. So thankful for it, though. It’s a dream come true.

So, what are you doing here, I feel like you ride everything!
Yeah. I do my fair well of stuff. I try to be a mini-Ryan Sipes. We’re free riding out here at Red Bull Imagination. We’re just riding, having a good time, having sweet sessions.

And besides racing, you’re doing a best whip contest this fall?
We’re doing the We The People Best Whip Contest October 9th. It’s going to be a big deal. There’s a lot of money on the line. There’s a good amount on the rider list.

Are there other competitors your age?
There’s no 13-year-old kids. Mostly 18 and above, but it’s alright. We still got a decent amount of riders.

What do you like about free riding?
I like the freedom of it. You can just go out and just do whatever you want. The freedom of expression. You can express yourself through your riding. You have freedom with whatever you have to do. You don’t have to be a certain guy or do a certain this or that. It’s kind of like just freedom, almost.

How does it differ from moto and racing?
A little bit of the pressure, but mostly just not taking it so serious and just having fun with it and keeping fun in moto and being a not so race-oriented robot. I still race and I still take it serious, but I obviously have free riding going back on if racing doesn’t work out.